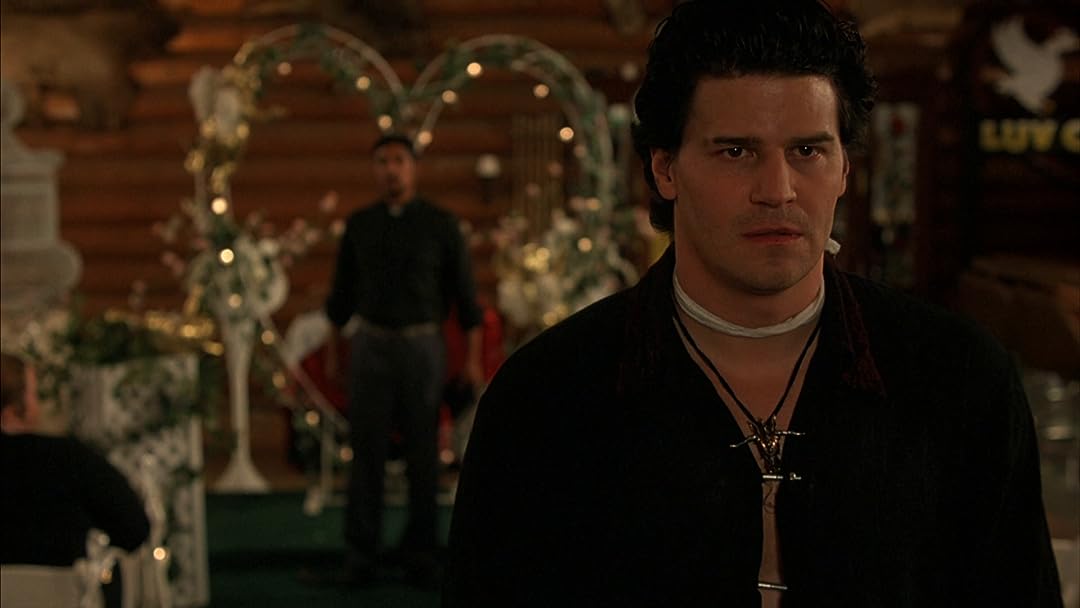 (343)
3.01 h 39 min2005R
HD. Murdered by satanists, Edward Furlong returns from the dead to undertake a bloody mission of revenge in this fourth "Crow" film.

M. GatewoodReviewed in the United States on November 23, 2021
1.0 out of 5 stars
A little late to the game, but...
Verified purchase
...Jesus Harold Christ was that awful!!! I know in regard to any mention of Crow sequels, they will forever be compared to the original because of Brandon Lee's exceptional performance. It's just gonna happen. That being said, the City of Angels wasn't terrible: Vincent Perez's take on the character was interesting, it had some cool villains, and an alright soundtrack, so the film was not a waste of time. Similar deal with Salvation: not great, not terrible, but not a waste.

This film? The only good thing I can say about it, is that it had an ending. You could tell that they went in hard, trying to copy the feel of the original film (down to using some of the same lines and character traits--like the woman obsessed with eyes). Big mistake. It only highlighted how much worse of a film it is than the original. Villains in previous Crow movies were cheesy, af, but were also scary because they were so "real-world" brutal. The villains in this movie were just stupid. "Luc" was the only one who came close to being a real villain...and he was pretty hit or (mostly) miss--let me tell you, I lost a lot of respect for David Boreneaz because of this movie. I didn't have any for Tara Reid to begin with, so no loss there. I can't even tell you what Dennis Hopper was thinking. I guess he figures he's kinda got the street cred where he can do whatever he wishes. Well, I think we can agree that you should be careful what you wish for, Dennis.

What was up with Jimmy? It was like 3/4 of the way into the movie, before you find out why he was an ex-con. The flashback sequence expositing that is completely incongruous with the events. Certainly didn't come across as anything that would send him to prison, anyway. Very strange.

The father still stubbornly blamed Jimmy for the girlfriend's death, refusing to help him, even after her real killer literally told the father, not seconds before, "This is the knife I cut your daughter's eyes out with." These people are beyond stupid.

And, ew, Jimmy was so dirty and sooooo greasy (and looked to have a serious case of meth-mouth). His girlfriend must have a had a fetish or kink for dirt. I mean, your kink's not my kink and that's ok and all, but.... When he screamed during his resurrection scene after seeing his reflection, all I could think was that he was just scared because he'd never seen himself clean before. In his "Crow" attire, he looked like a 60-something grandmother trying to be a cool goth. Brandon Lee could do long hair and makeup and look bad@$$, af. Edward Furlong cannot look bad@$$, period.

In summary: It's bad. So bad. See it for yourself if you must, but you have been warned. This movie has no redeeming qualities. It's not even so bad, it's good. It's just bad.

Hollie PriceReviewed in the United States on January 29, 2018
5.0 out of 5 stars
Deliciously awful.
Verified purchase
One of the best worst movies I have watched in a long time. 10/10 would watch again just to see the poetic dialogue delivered by such terrible actors.
8 people found this helpful

ValmontReviewed in the United States on March 18, 2018
4.0 out of 5 stars
Furlong's not a bad actor.....
Verified purchase
.......he just can't stop spiraling downward from all the drugs and violent lifestyle. like Robert Downey Jr. was. But I see a talent in him that can be made much better if he'd just stop it all. I sincerely hope...it's not too late for him to change, I'd love to see Ed in some more films.
One person found this helpful

J. J.Reviewed in the United States on June 13, 2021
1.0 out of 5 stars
Really bad. Don’t waste your time or especially money.
Verified purchase
This movie was so bad it doesn’t even deserve one star. It has no real plot and don’t for goodness sake eat before watching it.

AngelaReviewed in the United States on May 12, 2015
1.0 out of 5 stars
I like the actor Edward Furlong
Verified purchase
I like the actor Edward Furlong, but this didn't seem like the roll for him. Also I felt it was a short movie and they could of showed more from the beginning of him before he became the crow. Like, have him and his girlfriend going on a date then asking her to marry him. Then after the date they would walk home but end up running into those criminals before they could get home.
2 people found this helpful

James B. StanleyReviewed in the United States on March 9, 2019
5.0 out of 5 stars
A+ quality dealer
Verified purchase
Great addition to the line up. Great deal.

RobertReviewed in the United States on October 16, 2015
4.0 out of 5 stars
Just what I needed
Verified purchase
I'm a collector, so completing this 4 movie series was a must (part 4)
2 people found this helpful

Lea R MannyReviewed in the United States on May 13, 2015
5.0 out of 5 stars
Five Stars
Verified purchase
Excellent seller, exactly what I wanted. Fast shipping. thank you.
2 people found this helpful
See all reviews
Back to top
Get to Know Us
Make Money with Us
Amazon Payment Products
Let Us Help You
EnglishChoose a language for shopping. United StatesChoose a country/region for shopping.
© 1996-2022, Amazon.com, Inc. or its affiliates