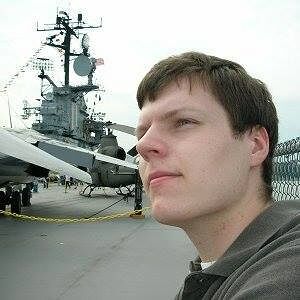 by Benjamin Tyler Smith (Author)
4.6 out of 5 stars 90 ratings
Book 7 of 17: The Fallen World
See all formats and editions
Sorry, there was a problem loading this page. Try again.

The end came fast for Lieutenant Nathan Ward. One moment he was participating in an international convention of mounted police officers, the next he was in a command bunker watching the world’s two biggest Corporations—Obsidian and Teledyne—destroy it in an exchange of nuclear hellfire.

While Columbia, Missouri was spared a direct strike, a near-miss EMP fried most of the vehicles and the electrical grid. Then the Corporations started a shooting war in the streets, and they didn’t care who got caught in the crossfire. But Columbia was one of the last cities still standing, and Nathan and his fellow officers weren’t going to give it up. Even if it meant facing the worst the Corporate militaries could throw at them.

The Corporations had no intention of giving up the city, either, and Obsidian called in reinforcements to match Teledyne’s Specialist, a woman with the power to defeat a company of soldiers all on her own. Both Corporations intended to reign supreme and were willing to crush anyone who got in their way. In the post-apocalyptic world, there was only one law—theirs—and not the one with a badge.

The world may have fallen, but the Thin Blue Line’s battle is only beginning.

By day, Benjamin earns his bread as a necro-cartographer (which is a fancy way of saying he makes digital maps) for a cemetery software company, and by night, he writes about undead, aliens, and everything in between. Blue Crucible is his first novel. He had stories that were Baen contest finalists in 2018 and 2019. He is working on the sequel to Blue Crucible, as well as a Four Horsemen novel, both of which will be finished by the end of 2020.

Married to a saint of a woman, ruled by a benevolent calico countess, he can be found at benjamintylersmith.com, on Facebook, and on Twitter (@BenTylerSmith).

Ami A.
4.0 out of 5 stars Great action/dystopian read!
Reviewed in the United States 🇺🇸 on November 21, 2022
Verified Purchase
I love The Fallen World universe! The characters are always interesting and the universe is packed with surprising twists and action. I highly recommend it.

Beth L
4.0 out of 5 stars Great characters
Reviewed in the United States 🇺🇸 on December 5, 2020
Verified Purchase
Lieutenant Nathan Ward, his brother Danny and the rest of the Mobile Alabama Mounted Police were in Columbia, Missouri at the the third annual International Mounted Police Officers’ Summit when the world Fell. After Obsidian and Teledyne throw their nukes around the power grid goes down and most vehicles are disabled. The four hundred and twenty officers participating in the Summit, from as close as St. Louis and Kansas City to as far away as Tokyo and Tel Aviv, the Mounted officers pitch in to serve and protect the city around the University of Missouri. You have Corporate soldiers teaming up with gangs and Sheriffs making themselves Kings all trying to corner the remaining resources. The good guys have lots of bad guys to stand up to.
Even the horses show character!
Read more
2 people found this helpful
Helpful
Report abuse

Lavendar Lilly
4.0 out of 5 stars This would make an awesome movie.
Reviewed in the United States 🇺🇸 on July 27, 2020
Verified Purchase
I usually don't read military/combat heavy dystopian literature, but this was a fun read. Of course, Blue Crucible has tons of action and a quick pace. I also found it funny at times, especially because I got the feeling the author wanted the mood to be like one of those wholesale destruction films. There's lots of chaos and heroic moments that would be glorious on screen. I also appreciated how the police were the good ones in the book. In light of recent events in my country, this was refreshing.
Read more
One person found this helpful
Helpful
Report abuse

BW
5.0 out of 5 stars Add one more to your reading list!
Reviewed in the United States 🇺🇸 on May 13, 2021
Verified Purchase
Another good story in This Fallen World. I enjoyed this one more than I expected to. I read it in a couple of days, which is very fast for as busy as I am recently. Lt Ward and his band of mounted police from around the world will do whatever it takes to bring peace to one town that survived the fall, even if it means taken on two corporations at the same time.
Read more
Helpful
Report abuse

Readingismyaddiction
5.0 out of 5 stars A Wild and Enjoyable Read
Reviewed in the United States 🇺🇸 on March 14, 2020
Verified Purchase
I just finished reading Blue Crucible and Wow! Columbia, Missouri is where I'd want to be in this suddenly fallen world. I would be protected by the best law enforcement officers, both human and mighty steed. I loved Nathan, Danny and especially Aster, aka Battle Flower, a specialist with a unique way of parsing orders. I have followed this author and am looking forward to the next book following the adventures of these brave, non-augmented heroes - regular humans (with the help of one petite specialist) who bravely take a stand against the darkness encroaching from all sides.
Read more
2 people found this helpful
Helpful
Report abuse

rob is behind
5.0 out of 5 stars Good story
Reviewed in the United States 🇺🇸 on July 6, 2021
Verified Purchase
I was happy for this book, it gives all of the history before the nuclear war. Besides it being a good story, it introduces a lot of new characters that are very interesting. Good read.
Read more
Helpful
Report abuse

wmrawls
5.0 out of 5 stars An excellent addition to the fallen World Series
Reviewed in the United States 🇺🇸 on March 30, 2020
Verified Purchase
I was not sure about this book at first but really got into it and the twists and turns worked really well. I hope Tyler continues to expand this subset of the fallen world. Top notch reading that stands alone without the need for reading other Fallen world books but you sure will want to.
Read more
2 people found this helpful
Helpful
Report abuse

stephen Desmond
5.0 out of 5 stars Oh this fallen world!
Reviewed in the United States 🇺🇸 on April 27, 2020
Verified Purchase
Consistent with the "this fallen world" storyline this was a great read that leaves you waiting to see how the next novel will be! With a fast pace and gripping storyline this book was yet another one that was hard to put down!
Read more
2 people found this helpful
Helpful
Report abuse
See all reviews

R Young
5.0 out of 5 stars Action-packed adventure
Reviewed in the United Kingdom 🇬🇧 on August 7, 2020
Verified Purchase
This book is a real thrill ride. The pace is rapid and the characters are likeable, or despicable, in the right kinds of ways. It's a fun romp through the collapse of a futuristic world with a different take on things by following the mounted police. There's some great touches if what may be to come and the author is constantly ratcheting up the tension. Character arcs make sense and the twists and turns keep you gripped! Looking forward to finding out more about this fallen world.
Read more
Report abuse
See all reviews