In the Crypt with a Candlestick: A Mystery and millions of other books are available for Amazon Kindle. Learn more 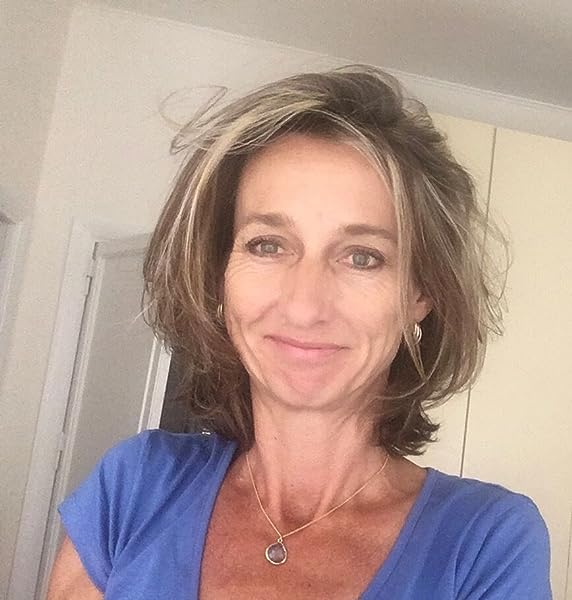 In the Crypt with a Candlestick: ‘An irresistible champagne bubble of pleasure and laughter' Rachel Johnson Paperback – October 15, 2020

by Daisy Waugh (Author)
3.7 out of 5 stars 135 ratings
See all formats and editions
Sorry, there was a problem loading this page. Try again.

LONGLISTED FOR THE COMEDY WOMEN IN PRINT AWARD

Sir Ecgbert Tode of Tode Hall has survived to a grand old age - much to the despair of his younger wife, Emma. But at ninety-three he has, at last, shuffled off the mortal coil.

Emma, Lady Tode, thoroughly fed up with being a dutiful Lady of the Manor, wants to leave the country to spend her remaining years in Capri. Unfortunately her three tiresome children are either unwilling or unable (too mad, too lefty or too happy in Australia) to take on management of their large and important home, so the mantle passes to a distant relative and his glamorous wife.

Not long after the new owners take over, Lady Tode is found dead in the mausoleum. Accident? Or is there more going on behind the scenes of Tode Hall than an outsider would ever guess....?

In the traditions of two great but very different British writers, Agatha Christie and P.G. Wodehouse, Waugh's hilarious and entirely original twist on the country house murder mystery comes complete with stiff upper lips, even stiffer drinks, and any stiffs that might embarrass the family getting smartly brushed under the carpet...

What everyone's saying about In the Crypt with a Candlestick...

'I couldn't put it down' Santa Montefiore

'An irresistible champagne bubble of pleasure and laughter' Rachel Johnson

'A perfect antidote to wintry gloom' The Literary Review

'What a triumph!' Antonia Fraser

'A jolly farce that never takes itself too seriously' Red Magazine

Page 1 of 1 Start overPage 1 of 1
Previous page
Next page
Start reading In the Crypt with a Candlestick: A Mystery on your Kindle in under a minute.

Most recently Daisy Waugh has published three comic novels. #In the Crypt with a Candlestick# and #Phone for the Fish Knives# are both comic murder-mysteries set at crumbling Tode Hall (the seventh most recognisable, privately-owned stately home in Britain). #Guy Woake's Word Diary# is set at Britain's seventh least recognisable university. It's written in the voice of a politically aware first year student who takes offence at almost everything and is determined to change the world.

Daisy has also written three historical novels set in early 20th Century USA; a commentary on the madness of modern motherhood #I Don't Know Why She Bothers#, several chick lit novels, and a travelogue about her life as teacher in Northern Kenya #A Small Town in Africa#. She has written weekly columns for several newspapers and magazines including the Sunday Times, the Times, Standpoint, the Sunday Independent, the Sunday Express and the Indy. She has previously worked as an agony aunt, and currently doubles up as a Tarot reader.

Or find me on: facebook.com/daisywaughauthor/

Amazon Customer
4.0 out of 5 stars A Modern Day County House Murder
Reviewed in the United States on September 30, 2021
In the Crypt with a CandlestickBy Daisy Waugh @daisywaughauthor @pegasus_booksIn the Crypt with a Candlestick by Daisy Waugh is a modern day twist on a country house murder mystery.The books dark sarcasm, and perfectly hateable characters make for madcap whodunnit. The book is definitely character driven and light on the mystery. The dysfunctional ridiculous laugh out loud family dynamics made for a fast read.
Images in this review

Alice R. Casey
4.0 out of 5 stars A fun romp
Reviewed in the United States on December 24, 2021
Verified Purchase
Such a clever story with a wild group of characters. Each was more bizarre than the next, but it all made a great story.
Read more
Helpful
Report abuse

Mary Falender
4.0 out of 5 stars Interesting
Reviewed in the United States on January 22, 2022
Verified Purchase
Easy read but not associated with the cover picture.
Read more
Helpful
Report abuse

Lantana, Florida
1.0 out of 5 stars Don’t waste your money
Reviewed in the United States on December 20, 2021
Some reviewer compared this awful book to the absolutely wonderful books of Agatha Christie and P.G. Wodehouse, 2 of my favorite writers. That’s why I eagerly looked forward to reading it. That reviewer obviously never read anything by them. The characters in this book are totally unlikeable. The plot is unbelievable. I can’t remember any other book that was as bad as this one. I stuck with it until the end, stopping frequently to regroup, because I kept hoping to find some redeeming aspect. There wasn’t one. I wish I didn’t have to give it even one star.
Read more
2 people found this helpful
Helpful
Report abuse

Gwendalyn A
4.0 out of 5 stars A Modern Day County House Murder
Reviewed in the United States on September 30, 2021
In the Crypt with a Candlestick
By Daisy Waugh @daisywaughauthor @pegasus_books

In the Crypt with a Candlestick by Daisy Waugh is a modern day twist on a country house murder mystery.
The books dark sarcasm, and perfectly hateable characters make for madcap whodunnit. The book is definitely character driven and light on the mystery. The dysfunctional ridiculous laugh out loud family dynamics made for a fast read.

Gwendalyn A
4.0 out of 5 stars A Modern Day County House Murder
Reviewed in the United States on September 30, 2021
In the Crypt with a Candlestick
By Daisy Waugh @daisywaughauthor @pegasus_books

In the Crypt with a Candlestick by Daisy Waugh is a modern day twist on a country house murder mystery.
The books dark sarcasm, and perfectly hateable characters make for madcap whodunnit. The book is definitely character driven and light on the mystery. The dysfunctional ridiculous laugh out loud family dynamics made for a fast read.

Jehoshephat
1.0 out of 5 stars a presumably highly amused author, a deadly dull book
Reviewed in the United States on October 13, 2021
Verified Purchase
This book has nothing to do, and cannot stand comparison with, either Agatha Christie or P. G. Wodehouse. While reading it, I could imagine only a giggly writer whooping over her own silly puns and unearned references to other, better books. I will now read one of those.
Read more
3 people found this helpful
Helpful
Report abuse
See all reviews

Kindle Customer
2.0 out of 5 stars A book full of mean spirited characters and a weak hole filled plot.
Reviewed in the United Kingdom on May 7, 2020
Verified Purchase
Never have I felt so strongly that even the writer didn’t like the characters in this book- seriously there was no one likeable at all in this book. Everybody was mean spirited, cruel or weak. It meant that you had no one to root for. There were characters that just has no point and I assume are supposed to be in later novels but it felt pointless in this one.
At one point there is a ghost - which just seemed incongruous.
Tbf the book was vacuous and not that fun.
I’m not sure why there are so many 5star reviews - it’s just not a fun way to pass an hour or two, you come away feeling wretched.
Read more
10 people found this helpful
Report abuse

Mrs. RE Bryant
4.0 out of 5 stars Hilarious
Reviewed in the United Kingdom on July 30, 2020
Verified Purchase
I just finished the book and have wiped a tear of laughter off my cheek. I was reminded of the beloved Agatha Christie's I read in my youth. So nice to have something in these rather sombre and trying times that took me away and made me laugh. Hoping we see these characters again..
Read more
5 people found this helpful
Report abuse

MLaT
5.0 out of 5 stars A rollicking good
Reviewed in the United Kingdom on August 2, 2020
Verified Purchase
Tode Hall is a wonderful setting for this surprising and light-hearted look at English upper class traditions. Throw in a murder mystery and a collection of unpredictable flawed characters and the Crypt keeps you laughing to the very end. Daisy Waugh plays with all your assumptions and prejudices and keeps you guessing. I recomend it to fans of Tom Sharpe or anyone who likes their comedy with a satirical bite.
Read more
4 people found this helpful
Report abuse

Vik Sharma
1.0 out of 5 stars So Much Promised, Nothing Delivered
Reviewed in the United Kingdom on January 8, 2021
Verified Purchase
I very rarely write reviews for books that I read, unless I feel very strongly about them and I feel very strongly about this one.
The title, the front cover and the description of this book make it sound like a murder mystery in the style of Agatha Christie or Wodehouse, it most definitely is not. It's not even close to being similar to their stories in both writing or plot. The plot itself is very weak, non of the characters are likeable, meaning you have nobody to root for and the main character of the book contributes to absolutely nothing. On top of all that you then add a ghost in there...yes a ghost.
The story itself is more like you finding out that every character is unlikeable and has bad traits with very little personality or redeeming features and the ending comes out of absolutely no where.

The best way I can describe this book is a diary of unlikeable people and then a murder that's barely mentioned right at the very end. Seriously, I have no idea how this book has so many 5 star reviews, I can only assume there's something in an article I saw of authors buying good reviews.
Read more
One person found this helpful
Report abuse

annedixon
4.0 out of 5 stars A GOOD READ
Reviewed in the United Kingdom on August 2, 2020
Verified Purchase
This book was excellent in parts! Perhaps the Author lost the way a little - concept was very good but just seemed to run out of steam.
Read more
6 people found this helpful
Report abuse
See all reviews