You've subscribed to Highland Healers! We will preorder your items within 24 hours of when they become available. When new books are released, we'll charge your default payment method for the lowest price available during the pre-order period.
Update your device or payment method, cancel individual pre-orders or your subscription at
Your Memberships & Subscriptions
There was an error. We were unable to process your subscription due to an error. Please refresh and try again. 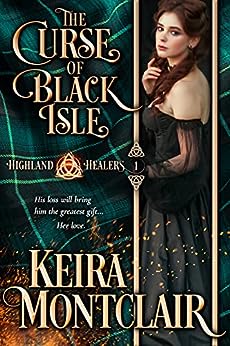 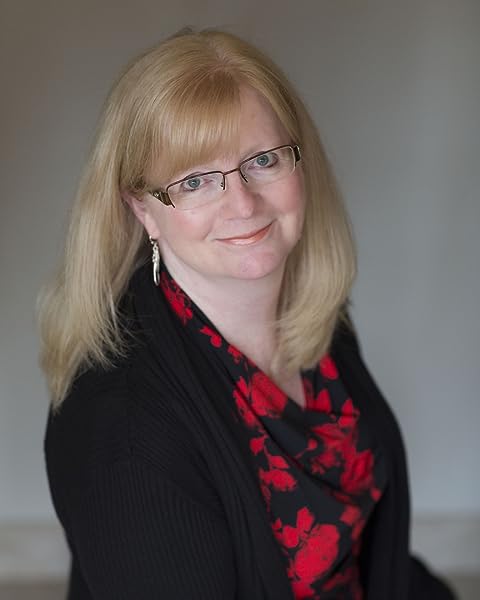 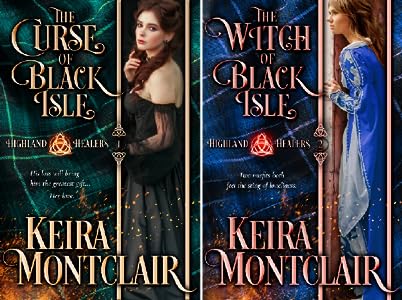 4.6 out of 5 stars
4.6 out of 5
406 global ratings
How are ratings calculated?
To calculate the overall star rating and percentage breakdown by star, we don’t use a simple average. Instead, our system considers things like how recent a review is and if the reviewer bought the item on Amazon. It also analyzes reviews to verify trustworthiness.

Kindle Customer
5.0 out of 5 stars I couldn't put it down
Reviewed in the United States on May 19, 2021
Verified Purchase
There is a reason that I have read all of Keira's books. The Curse of Black Isle was full of intrigue and adventure.I love that it was about the healers and of course the mystery of more than one kidnapping. You will love the characters as they come alive as you turn the pages! This is just read.
Read more
3 people found this helpful
Helpful
Report abuse

Ursula K.
4.0 out of 5 stars Not her best work 3.75
Reviewed in the United States on May 29, 2021
Verified Purchase
It's hard to pinpoint what I didn't love about this book. It's definitely not the author's best work, and the dialogue just came across as juvenile. I feel like the dialogue between the brothers didn't feel natural and the author was trying too hard. I rated this 3.75, bc, like I said, I didn't love it, but I didn't hate it. I like that the heroine Brigid didn't try to fight her feelings for Marcas, and she didn't have any serious personal issues to deal with. Her biggest issue is meeting someone outside of her clan who doesn't know who her father is, so she finally be treated and viewed as a desirable woman without the overprotective brothers and father getting in the way. I also think the story about Marcas's first wife didn't develop as it should have. Also, everyone at the keep hated the first wife and knew she cheated except for Marcas and Shaw? Seems a little farfetched and too convenient that the first wife was apparently very selfish and disliked by most everyone, unbeknownst to Marcas who only finds out when he needs freedom to pursue Brigid. Anyways, it's an ok read. I don't regret reading it, and I think it could easily have been a 4 star book if some of the issues above were fixed. Especially the dialogue between the brothers, and between Logan and Marcas. Pretty much all the dialogue that occurred between the men could use some work.
Read more
Helpful
Report abuse

MALVARADO
5.0 out of 5 stars Marcia's & Brigid
Reviewed in the United States on May 5, 2021
Verified Purchase
I have been waiting patiently for The Curse of Black Isle. It was great to see familiar faces, Logan Ramsey & Gwyneth, as well as new faces and stories. Jennet, Tara and Brigid was a story of change as the girls become the next generation of healers. I enjoyed the memories of Logans struggle to let his girls go. Marcas definitely made it clear who would take care of Brigid. It was great!! Can't wait for Book 2. Kudos to Keira Montclair!!
Read more
One person found this helpful
Helpful
Report abuse

CWKing
4.0 out of 5 stars Great book, but hard start.
Reviewed in the United States on May 21, 2021
Verified Purchase
Loved this book after I FINALLY got a grasp on why some of the characters and places seemed familiar to me. I was like: “Hmm, am I supposed to know what’s going on here?” Then I started realizing that the young women in the book - the “healers” that the young men were after - were familiar to me because they were related to some other, older, female characters from a series the author had written that I had read I think I read the series several YEARS ago which may have been why it didn’t come to my mind right away! Anyway, I would recommend reading it along with the earlier books in her series (I’d have to look it up but I “think” it was Clan Ross series. (?)
Read more
Helpful
Report abuse

Tricia N
5.0 out of 5 stars Keira did it again!
Reviewed in the United States on April 28, 2021
Verified Purchase
It goes without saying that I LOVE every book that this author has written. In most series I have read, it tends to getting " old" after reading about the same family after so long. This author has a knack to keep it interesting with each book that comes out. I do not have one favorite character, I have several. Brigid and Marcas just made that list. Keep them coming Keira!!!!
Read more
One person found this helpful
Helpful
Report abuse

Ronnie
5.0 out of 5 stars A new adventure
Reviewed in the United States on April 25, 2021
Verified Purchase
Loved this start of a new series. Keira has once again captured our hearts. Fun to go back in time revisiting family. Logan is a hoot.
Read more
2 people found this helpful
Helpful
Report abuse

Sienafire
5.0 out of 5 stars Lov❤️ love ❤️
Reviewed in the United States on May 8, 2021
Verified Purchase
What can I say? I love all her books. Even though it’s a new series it has all of the original clan members in it. To really get the most out of the stories, it’s best to start at the being so the relationships between the Clans Ramsey and Grant makes sense. You won’t regret it!
Read more
One person found this helpful
Helpful
Report abuse

Colleen
5.0 out of 5 stars Another Wonderful Story Of My Favorite Fictional Family
Reviewed in the United States on May 12, 2021
Verified Purchase
I dearly love this great family. This story is full of adventure, intrigue and romance. It was a fast read that is so enjoyable. As usual I love all the characters in this awesome Family. If you love Historical Romance books with everything in it you will enjoy this author’s books. Be sure to read in order to get the full benefit and learn of each characterI have read and loved these stories, and cannot give a higher recommendation.
Read more
Helpful
Report abuse
See all reviews