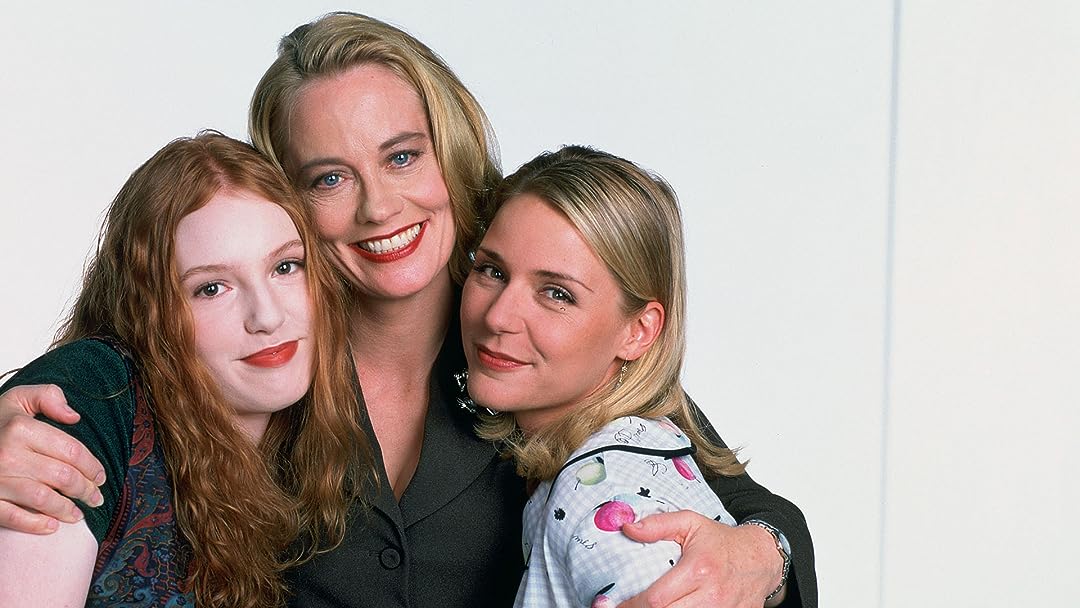 (21)
1998TV-PG
Actress Cybill Sheridan has it all: two spiteful daughters, two clingy ex-husbands, an outrageous best friend, an unstable future and a house on an eroding L.A. hillside. But with humor and determination, Cybill braves each new challenge that comes her way while discovering that life after 40 is anything but downhill.

MSReviewed in the United States on January 3, 2018
5.0 out of 5 stars
Five Stars
Verified purchase
I LOVE Cybill. I am very disappointed that it didn't continue. Great show and ahead of its time!
4 people found this helpful

Bob G.Reviewed in the United States on September 17, 2017
3.0 out of 5 stars
To Be Continued
Verified purchase
at the end of Season 4 Episode 24 "Ka-Boom" it says "to be continued" yet no Season 5 nor Episode 25 appears to be available. Very disappointing after the dozens of fabulous hilarity experienced throughout "Cybill"'s four seasons.
7 people found this helpful

Amazon CustomerReviewed in the United States on April 25, 2018
5.0 out of 5 stars
One of the funniest shows of all time!!!!
Simply one of the funniest sitcoms ever made - ever. Cybill Shepherd got a little preachy towards the end, but she was saying things that people weren't allowed to say on TV at the time & you could tell she was happy to push any particular envelope, saying anything she thought she could get away with saying. This is where I learned to love Christine Baranski. Maryann is one of the best characters ever created & Christine's delivery of the amazing lines the writers wrote for her was always laugh-out-loud, fall-out-of-your-chair hysterical. (I especially love it when you can tell Christine & Cybill are about to lose it & start laughing themselves during the scene, which happens quite often.) Alicia Witt as the uber-angst-ridden Zoey was also incredible. There are also many, many amazing guest actors - some just starting stellar careers & some who've been around forever. There may be a couple of jokes younger viewers won't get, but if you remember the '90s, everything still holds up today. I'm so glad this is available now! (The cost to clear the music is apparently what keeps it from being released on DVD.)

The order of the end of the season 4 episodes seems out of whack but that's because the network stopped airing it somewhere in the middle & then released the missing episodes over the summer. Squabbles between the network & production company are the reason for the cliffhanger ending. It's not fair to give the show a lower rating when the writers/stars, etc. thought there would be a season 5 only to have the network cancel the show. If you look online, there are articles with interviews of Cybill Shepherd that describe what would've happened if they'd gotten a season 5. I watched the whole series in a very short period of time & could've easily watched another 87 (or more) episodes.

meReviewed in the United States on October 6, 2017
5.0 out of 5 stars
Enjoy this over and over
If Cybill and Christine Baranski ended this show on a sour note between them, then kudos for great acting. I enjoyed Cybill AND Bruce in MOONLIGHTING, Cybill AND Christine in this. Great writing and humor. Didn't really notice the laugh track because I was already laughing. I'm sure I'll run out of good things to watch again and let this run in the background. It's familiar, it's funny and done in good taste for real people. I believe in real life Cybill is an out of the box person and I'm sure that was seen as divaness by many - to put it politely. Never met her, but she has entertained me. If she had to be a diva to accomplish what she has, then it was necessary. I believe this show is a tongue in cheek expose of what many young and beautiful actors have had to do and put up with to make a living at their craft. So much of that business is timing and who you know and when, even if very talented or even if no talent, and how much of the "business" you are willing to put up with. In real life I'm sure Cybill spoke her mind right out of a job more than once. That's life for those who are built that way. Cybill has had a long career and I hope a good life.

sandra g.Reviewed in the United States on August 23, 2019
5.0 out of 5 stars
Cybill and Maryann--can you name a more iconic duo? I'll wait.
I loved this show when it aired, and rewatched it thinking I'd cringe watching it now, but I was actually surprised at how well it has held up. I'd forgotten how progressive it was, particularly for having been on the air more than 20 years ago. (I mean--I can't think of a show on network TV *today* in the year 2019 that'd say the word "labia"!)

And now I'm mad as hell that it was so abruptly cancelled, because it ended on a cliffhanger and did they go down for Dr. DICK's murder?? C'mon, Amazon Prime, green-light a reunion movie!

The whole cast is amazing--Cybill Shepherd, of course. Christine Baranski is perfection, as always. *chef's kiss* And I always felt a special kinship with Alicia Witt's Zoey.

NikkiReviewed in the United States on January 16, 2020
5.0 out of 5 stars
Great show that ended way before it should have
I remember watching some of the show back when it originally aired, but now, re-watching it in 2020, I had completely forgotten how ridiculously talented Cybill Shepherd is! Cybill & Christine Baranski (Maryann) are absolutely hilarious on this show, & it's fun to see other current stars like Alicia Witt (Zoey) & Danny Masterson (Justin) before they were really famous.

This show was groundbreaking in that it provided a voice for women that hadn't really been allowed to speak before this show. I hate that when I Googled why such a great show like this ended on a cliffhanger & was cancelled abruptly afterwards, I read that Cybill has said that the show was cancelled due to her rejecting the sexual advances of CBS chief Les Moonves, one of the latest figures in the "Me Too" scandal! Cybill had planned for the show to continue on for possibly 5 more seasons. So disappointing!! Thanks Amazon, for at least giving us a chance to see all the available episodes., even with the unsatisfying ending. And in case you ever read this... CYBILL, YOU ROCK!!! <3
See all reviews
Back to top
Get to Know Us
Make Money with Us
Amazon Payment Products
Let Us Help You
EnglishChoose a language for shopping. United StatesChoose a country/region for shopping.
© 1996-2022, Amazon.com, Inc. or its affiliates