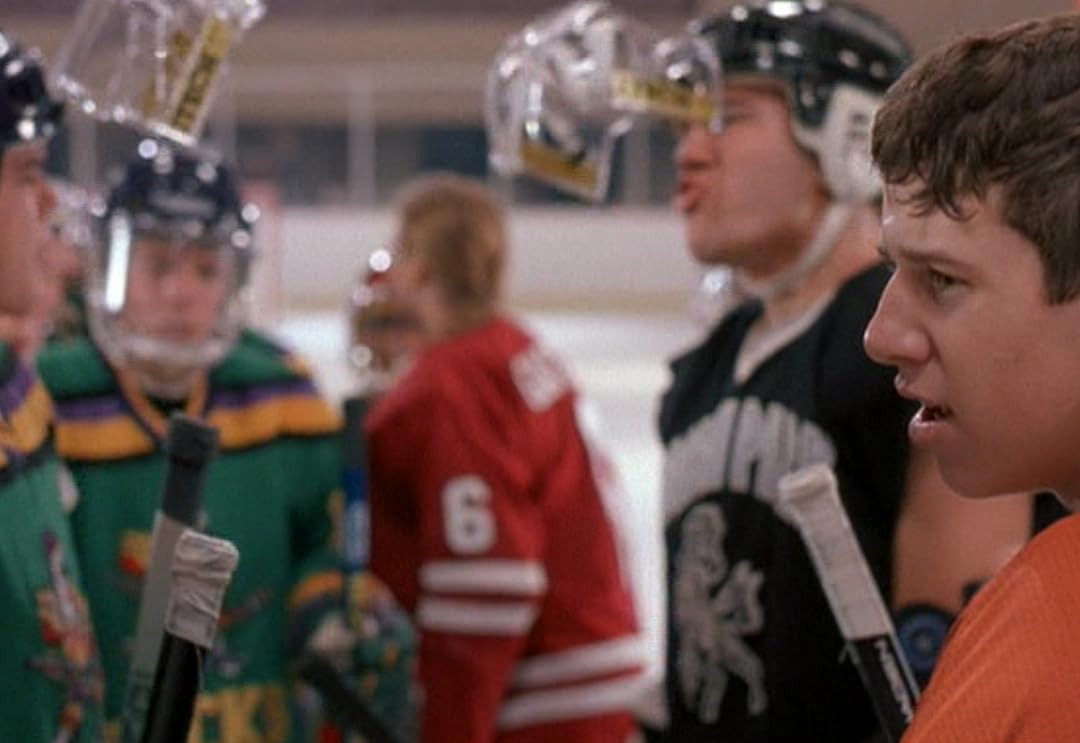 (2,312)6.11 h 46 min1994X-RayPG
HD. At the Junior Goodwill Games, the Ducks face losing unless they can defrost their coach and recapture the joy that made them mighty in the

Ryan Ry for Short Brian for longerReviewed in the United States on August 25, 2019
5.0 out of 5 stars
No more oreo line
Verified purchase
These players were able to win the gold just a short time after playing house hockey with football helmets. A true rags to riches story as we watch kids who couldn't even skate a year ago not only play against the best players in the world, but do so while being able to play left or right handed depending on the scene. Very impressive. Captivating story line. A true hockey film
3 people found this helpful
Report abuse

Amazon CustomerReviewed in the United States on July 23, 2019
5.0 out of 5 stars
pimp ass movie
Verified purchase
Best movie ever. If you don’t like this movie and you should get the hell out of America
4 people found this helpful
Report abuse

Ryan SnowReviewed in the United States on February 23, 2020
5.0 out of 5 stars
Good movie
Verified purchase
Glad I bought this movie. It was one of my favorites when I was younger and still is one of my favorite hockey movies. Glad I chose to add it to my hockey movie collection.
One person found this helpful
Report abuse

Holly-Ann MusgraveReviewed in the United States on December 12, 2019
4.0 out of 5 stars
Customer Service quickly replaced broken dvd
Verified purchase
This movie is fantastic- probably my favorite of the 3. I bought it as a gift but was disappointed that it arrived broken (could hear it rattle in the case and could feel the broken disc pieces). Customer Service was quick to send me a replacement so thank you!
One person found this helpful
Report abuse

JDReviewed in the United States on October 17, 2020
5.0 out of 5 stars
A Classic!
Verified purchase
Such a classic movie, and the best of the Duck series! Our son really enjoyed watching it!!! Wish they still made movies like this! "DUCK!!!" :D
Report abuse

CaitlinReviewed in the United States on May 20, 2002
4.0 out of 5 stars
Pretty good
Verified purchase
I thought that D2 was a good movie, although some of the parts seemed to be unrealistic, and some main characters from The Mighty Ducks were missing. I missed Hans, though I did really like his "replacement". One of the bigger missing characters, I thought, was Ms. Conway, Charlie's mother. I think that if you're going to introduce a sort-of-main character in the first movie, you should stick with it in the second.
In D2, the Ducks get accepted into the Goodwill Olymipic Games. They get some new players who they aren't getting along with to well in the beginning, but who they sort their differences out with. In the Olympics, they go up against teams from all over the world, but with none are they so competetive than with the favored-to-win team, Iceland.
The coach of the Iceland team is sort of like Coach Riley in D1, but is, I think, more extreme. Coach Bombay has kind of the same "screw up" that he had in D1, but another old man, who is filling Hans' place in his hockey store when the owner is absent, helps Bombay sort things out.
In the end of the movie, Iceland and the U.S are set up in the big final game. Who wins? Well, I can't tell, but it's a great ending.
Summing up, I think that D2 was better than D3, but not as good as The Mighty Ducks.

Bre HeardReviewed in the United States on June 8, 2020
5.0 out of 5 stars
Fantastic Movie
Verified purchase
This is such a classic, great movie! Was so happy to see this on Amazon Prime! I look forward to watching it many times. It reminds me of being a child!
Report abuse
See all reviews
Back to top
Get to Know Us
Make Money with Us
Amazon Payment Products
Let Us Help You
EnglishChoose a language for shopping. United StatesChoose a country/region for shopping.
© 1996-2021, Amazon.com, Inc. or its affiliates