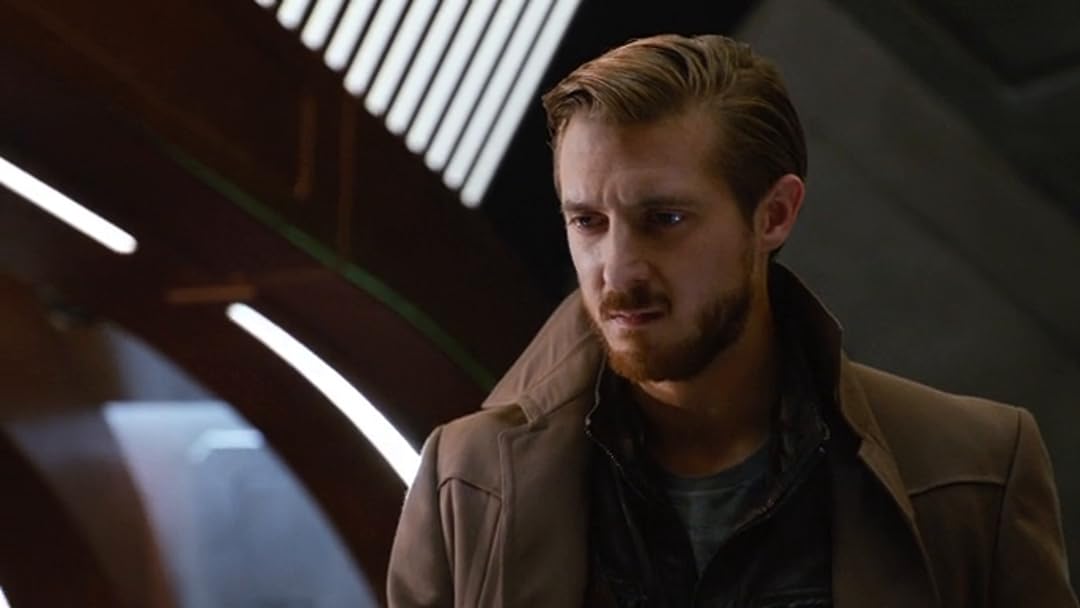 (1,284)
6.82016X-Ray13+
When heroes alone are not enough…the world needs legends. Having seen the future, time-traveling rogue Rip Hunter assembles a ragtag group of heroes and villains to confront the immortal threat of Vandal Savage. From the creators of The Flash and Arrow comes this super hero team-up that combines characters from both shows — in addition to new heroes from the DC Comics pantheon.

Kenneth TurnerReviewed in the United States on March 1, 2021
4.0 out of 5 stars
An Infamously Flawed First Season; Horrible Amazon Packaging
Verified purchase
As for the show: It's a fun romp through different time periods with entertaining character interactions, and that's what makes this first season worth watching, however flawed the main story arc is. The poor depictions of Vandal Savage, Hawkman, and Hawkgirl are even humorously addressed by the show itself in later seasons. That said, even with the CW-drama-spinoff smell lingering around, there is lots to be loved in the period pieces and character development, especially Wentworth Miller's Leonard Snart. Although there's comedy to be had here, it's not until after this season that the writers and showrunners leaned into the more humorous aspects of the show.

As for the Amazon packaging: My product was shipped and sold by Amazon.com Services, not a third party. I had one Blu-Ray in my shipment. It was shipped in a standard bubble mailer with no added shipping material, resulting in damaged corners and loose discs inside the case free to get scratched by the plastics inside. As convenient as Prime shipping is, I'll be looking elsewhere first for Blu-Ray/DVD purchases in the future.

Kindle CustomerReviewed in the United States on January 14, 2017
5.0 out of 5 stars
Unexpected favorite don't miss this show....it's real good!
Verified purchase
This show is packed with action! I can't believe how large the cast is with all the fantastic special effects. How can the CW afford this? I love all the comic book references. Rip Hunter was a character from the 1960's. So I don't know why the producers dug this character out of obscurity. However, the concepts in this show are all science fiction time travel material fans have seen before. It's all in the presentation, which this show does well! The Atom, Captain Cold,Black Canary, Firestorm and all the rest made a great translation to the screen. If you are a fan of the other DC shows on the CW, don't miss this one! It's my favorite and I highly recommend it to anyone who loves super heroes.
2 people found this helpful

CodyReviewed in the United States on December 15, 2017
4.0 out of 5 stars
Good Start to a Great Series
Verified purchase
The first season of Legend's of Tomorrow is rocky to say the least, but it provides some of the most unique character interactions within the CW "arrowverse." This season is still finding it's stride, and I don't think they get it until the second half of the season, but there's a lot to enjoy nevertheless. Unlike other shows this one provides you with a new adventure every week through time. The misfits and side heros/villains from previous shows really shine in this fantastic ensemble of comic book proportions. This show was a risk, and for the most part season one was a success for me.
8 people found this helpful

EddieReviewed in the United States on July 28, 2016
4.0 out of 5 stars
High Definition Quality Keeps Getting Better, Sound Still Needs More Work.
Verified purchase
Regarding the quality of the episode of "Legends Of Tomorrow", it's simply great. The high definition picture quality is great and it keeps on getting closer to being true high definition. The quality is better than Hulu. I've never used netflix or itunes so I don't know how Amazon's digital content stacks up against them.
The sound quality continues to be an issue. I normally have my volume setting at 25 but, when I watch Amazon videos I have to raise the volume to 39 and sometimes the quality still doesn't sound that great.

As far as the episode, it's 5 stars. Typically, the closer a show gets to the end of its season, the better the show is because it's setting up and/or adding to the storyline(s) that will eventually be resolved (for the most part) in the final episode of the season. This episode is no different. Without giving too much away, there are plenty of pleasant surprises and action scenes in this episode and things really get going for a highly anticipated and eventful season finale.

TheBoogerManReviewed in the United States on February 3, 2016
5.0 out of 5 stars
A Great Show and a Good Time.
Verified purchase
I'd been lookin' forward to this series ever since it was announced and have no regrets about purchasing the season pass. What we have here is a tightly paced, Super Team show with a cool lineup; a good mix of metahuman, super science and mythical members.

Most of the cast and characters are from the "Arrowverse" shows of Arrow and The Flash. My personal favorites are The Atom/Ray Palmer (Brandon Routh) and Captain Cold/Leonard Snart (Wentworth Millar); Routh is easy to like and apparently was born to play a superhero of one stripe or another (not to mention I LIKE this version of Ray's super-tech), while Millar has an excellent speaking voice and his portrayal of Snart is just to cool for school.
But I also find myself warming to characters that I didn't really give a crap about before; Purcell's Heatwave finally gets to do more than act manically pyro and even Lotz's Sara Lance/White Canary makes for a good fit (this character always got on my nerves on Arrow; at least now she's actually DOING STUFF instead of being just a soap opera plot-twist).

Oh yeah - and Casper Crump is very good as Vandal Savage; the actor's voice and presence are great fit for a Master Villain/would be tyrant and the writers have done a good job at making him a viable threat.

But anyway, and if you like action & adventure and wanna have a good time, you could do a lot worse.
One person found this helpful

Jimbo JReviewed in the United States on September 14, 2016
5.0 out of 5 stars
Lower-Rated than Arrow? Really?
Verified purchase
A fantastic show that, along with the Flash, is fun for comic fans; unlike Arrow, which is directed towards non-comic fans, Legends of Tomorrow hears it's fans. With an all-star cast including the fabulous Caity Lotz as the White Canary and Wentworth Miller reprising his role of Captain Cold from the Flash, the show is fun, entertaining, and all-around a good time. I was surprised to see it was rated lower than Arrow, which really hasn't been any good since the end of Season 2. With Legends, I expect it to stay good as the Flash did, and as how Supergirl seems to be going. High Hopes!
One person found this helpful

Amy G.Reviewed in the United States on December 5, 2016
5.0 out of 5 stars
If you love the Flash and Arrow...
Verified purchase
I had no idea what this was about but as a fan of The Flash and Arrow, I love Legends of Tomorrow. They took some of the "minor characters" from Flash and Arrow and they became the main characters in Legends. It's great to see the characters that we all love get the main stage. In the first season are: Sarah Lance, Ray Palmer (The Atom), Carter and Kendra (Hawkman and Hawkgirl), Martin and Jac (Firestorm), and our favorite criminal team, Leonard Snart (Mr. Cold) and Mick Rory.

Add a little "Dr. Who-ish" time travel to the mix and you have a great show!

Michele MadrigalReviewed in the United States on November 3, 2019
5.0 out of 5 stars
Must see!!!
Verified purchase
I originally bought seasons 1-3 and had season 4 on pre order which were DVD. I let my cousin borrow seasons 1-3, which he loved as much as I did. So I decided to buy the entire series in bluray for myself and sent the preorder season 4 DVD to my cousin. This show just gets better with every season.
See all reviews
Back to top
Get to Know Us
Make Money with Us
Amazon Payment Products
Let Us Help You
EnglishChoose a language for shopping. United StatesChoose a country/region for shopping.
© 1996-2021, Amazon.com, Inc. or its affiliates