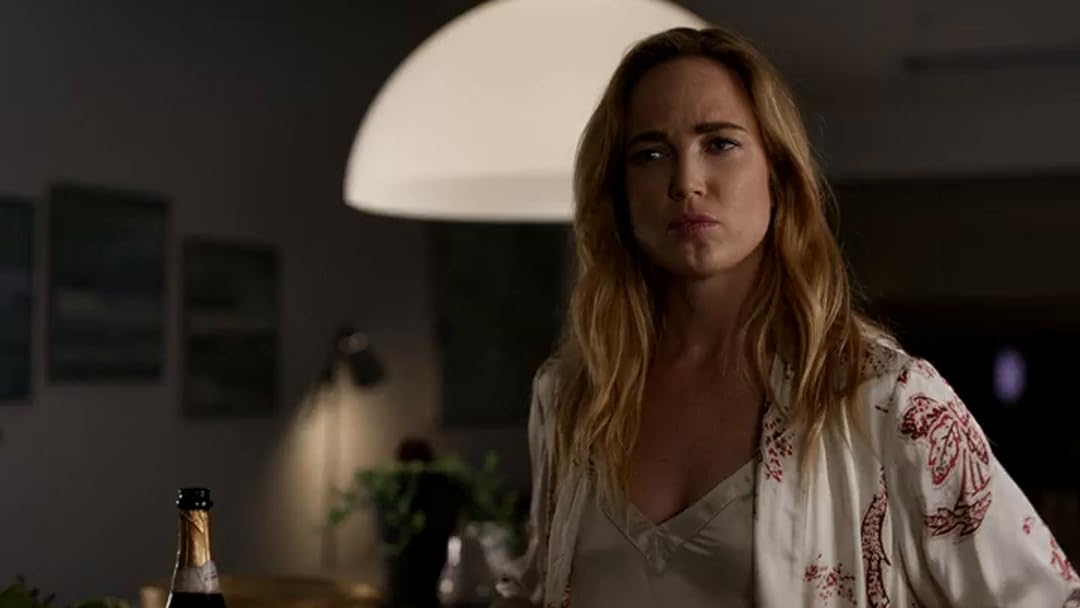 (987)
6.82019X-RayTV-14
After defeating the demon Mallus by cuddling him to death, DC’s Legends of Tomorrow join John Constantine and Ava Sharpe’s Time Bureau to save their world – and their legacy – from magical creatures from myths, fairytales and legends who have infected history. As the Legends time-travel across historical events and encounter famous figures, they now have an added shot of magical craziness!

Avg JoeReviewed in the United States on May 16, 2019
1.0 out of 5 stars
Great series screwed up by Political Agenda -exactly like Supergirl in Episode 15.
Verified purchase
Supergirl and Legends of tomorrow were amusing (not great, but solid) series. Some ham fisted crank decided to convert the entire 2019 series of Supergirl into one long harang on illegal immigration-every freaking episode. In episode 15 of Legends, they now subvert that series as well. Will stop watching Flash/Arrow/Supergirl/Legends as some condescending jerk decided to preach to the unwashed masses. Will not pay to be condescended to - keep your products. I'll have none of it.
49 people found this helpful

B. CampbellReviewed in the United States on May 21, 2019
3.0 out of 5 stars
Nice Premise, Terrible Ending
Verified purchase
“I thought this was a superhero show!”

This season, the show switched up its premise by sending the Legends to capture monsters and magical creatures scattered across history. That worked really well… for a while… until the show got derailed by rampant shipping, intrusive romantic subplots, lots of talk about everyone’s feelings, and the notion that monsters are really not so bad, they’re just misunderstood, no really, if you just talked to them you’d see so they’re not so bad after all. The end of the season is literally shot to Hell, ending with a half-baked version of the underworld and some preachy speeches about the power of love. What a shame.

Admittedly, this season has some good episodes. As much as I got tired of the “will she/won’t she” of the Ava and Sara Show, they’ve got some decent character development, particularly when Ava gets sent to her own personal purgatory. Because the show is charging off in a dozen different directions, there’s a chance you might randomly find a story you like. For example, I thought the episode with a werewolf hiding as a luchador in 1960s Mexico was a great idea, and the plot based around Ishiro Honda, the director of the original Godzilla, was clever. It’s also nice seeing John Constantine again, even if some of the writers aren’t really interested in his original comics.

Unfortunately, Legends of Tomorrow is a massive bait and switch. Yet another premise is soon abandoned, another random magical creature joins the crew, there’s a Bollywood music number at one point, and then somehow, it’s all supposed to work out if you believe in the power of love and clap your hands and believe in faeries or whatever the hell happened at the end, even I’m not sure. If you originally came for the superheroes, you’ll have to decide if you’ll stay for the romantic fanfic. If not, I’m sorry, this isn’t the show for you.

That stings a bit, because I really liked some of these characters. I really liked Mick Rory, the former anti-hero, who now seems to spend a lot of time off in the corner drinking beer, grumbling, and writing a romance novel, for some reason. I liked Ray Palmer, formerly “The Atom,” who's eventually just here to be someone's boyfriend. I liked John Constantine, but he’s wandered off from the character I used to read back in his Vertigo days. In fact, he isn’t even the character he was back in the NBC series. Matt Evans is still great in this role, so here’s hoping someone finally figures out how to write for him again.

Anyway, fool me once, shame on me. Fool me twice… oh, wait, you did, and I’ve wasted a few more hours on Legends of Tomorrow. I’ve heard that streaming video has some other shows with superheroes. If that’s what you’re looking for, you should probably wander over there. In the meantime, Legends will no doubt be spending another season trying to figure out what the hell it’s supposed to be.

Wandering boyReviewed in the United States on July 11, 2019
5.0 out of 5 stars
I love this campy syfy show!
Verified purchase
I've watched all four seasons, and I truly think it gets better as it ages. I love the humor and the unpredictable nature of how the stories will unfold. Granted, some episodes are better than others, but overall a really fun show to watch acted by some very talented people.
11 people found this helpful

J. M.Reviewed in the United States on November 9, 2020
2.0 out of 5 stars
A series that isn't horrible, but it's pretty close.
Verified purchase
Legends of Tomorrow is a great idea with an excellent cast of actors. Unfortunately, when you have writers lacking a decent sense of humor trying to create a silly quip every 5 minutes, it gets old REALLY fast. A lack of writing talent becomes painfully apparent when applied to scripts with a large group of characters. Poor character definition leads to dialogue that could be applied anywhere without much consequence. Every character shares the same dumb sense of humor and lack of depth of any kind.

I'd compare this series to the junk churned out in the 80's like Knight Rider, Airwolf, the A-Team, etc. Dumb plots with lots of bad acting. You can walk away from the TV and miss 20 minutes, or even miss a few episodes, and it won't matter.

If you like your entertainment mindless and poorly written, this is the series for you! It isn't horrible, but it's pretty close.

Kenneth TurnerReviewed in the United States on March 1, 2021
5.0 out of 5 stars
A Solid Season; Horrible Amazon Packaging
Verified purchase
As for the show: It's a fun romp through different time periods with entertaining character interactions, and Season 4 gave us our first Constantine-focused story since the original show ended on NBC. There's lots to enjoy here for Constantine fans, and his personality contrasts perfectly with the Waverider crew. However, if you're watching this show because you want lots of drama and intensity, you're looking in the wrong place. I'd recommend Titans and Black Lightning for that. Legends is a comedy at heart that focuses on how its characters interact with their environment, and allows itself to poke fun at the superhero genre it fits in.

As for the Amazon packaging: My product was shipped and sold by Amazon.com Services, not a third party. I had three Blu-Rays in my shipment. They threw all three in a standard bubble mailer with no added shipping material, resulting damaged corners on all three boxes and loose discs inside the cases free to get scratched by the plastics inside. As convenient as Prime shipping is, I'll be looking elsewhere first for Blu-Ray/DVD purchases in the future.

AceBearReviewed in the United States on November 19, 2019
4.0 out of 5 stars
Best show ever, crappy BluRay presentation.
Verified purchase
The show is outstanding. The Blu-Ray presentation sucks. There are too many episodes per disk. There are no extras.
4 people found this helpful

Michael H.Reviewed in the United States on October 1, 2019
1.0 out of 5 stars
Really bad!
Verified purchase
The only thing worse than watching the epsiodes is watching th really bad acting! Made it thru 3 episodes and decided this is enough! I am shelving this it's that bad! Save your money an don't go thru the pain of watching this!
5 people found this helpful

benevolentReviewed in the United States on July 10, 2019
5.0 out of 5 stars
The show is very fun!
Verified purchase
This is a great show. The actors in the show doesn't take themselves too seriously which makes it hilarious. And then there's time travel to make it a lot of fun.
4 people found this helpful
See all reviews
Back to top
Get to Know Us
Make Money with Us
Amazon Payment Products
Let Us Help You
EnglishChoose a language for shopping. United StatesChoose a country/region for shopping.
© 1996-2022, Amazon.com, Inc. or its affiliates