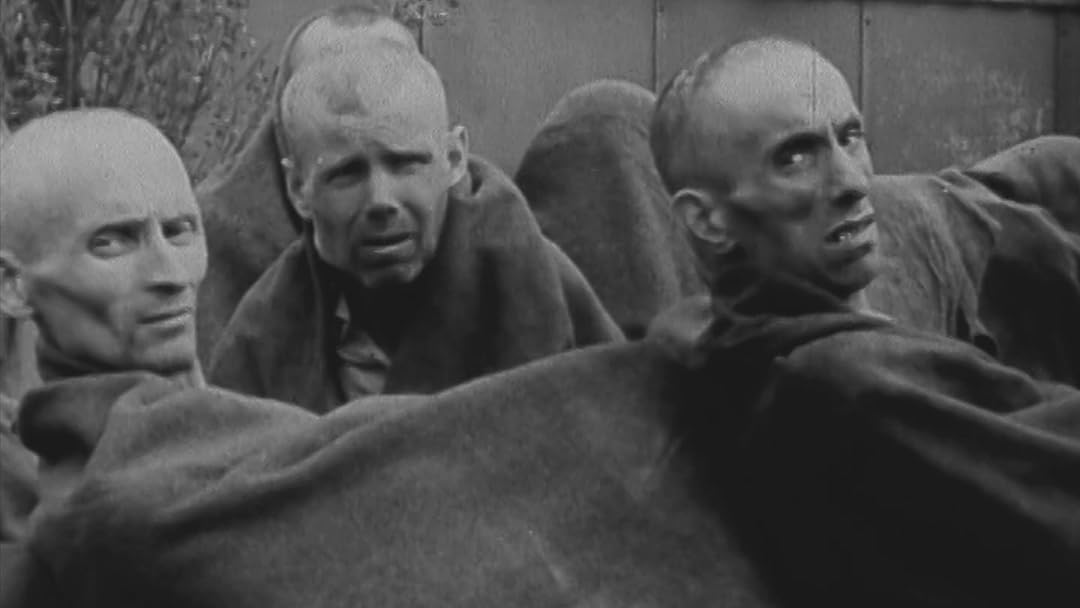 (9)
6.152min202116+
The horrific nature of Hitler and the Nazi's plan for world domination was clearly defined by the concentration camps they conceived, erected, and operated until Germany was eventually liberated by Allied forces. Dachau was the first camp built by the Nazis, and here, memories of Nazi savagery are delicately shared by those who were imprisoned there.

Me2Reviewed in the United States on March 11, 2021
5.0 out of 5 stars
Horrific but necessary documentary
Verified purchase
First-person accounts like these are valuable for future generations who know little about those wars so very long ago - you know, that's ancient history, so what's the point? The point is that this happened; a group of people were conditioned to see fellow human beings as vermin and treated them accordingly. I don't know how anyone who contributed to this horror could ever live with themselves. Those scenes of the nearby townspeople being forced to view the dead thrown on a pile like so much garbage.... skeletons - the women were crying.... and rightfully so!
The former "slave laborer" who asks the eternal question, asks for all of us today, "how could an educated talented people come to doing this" (my paraphrase). How???
It's truly a miracle that anyone survived to tell their stories; it's brave of them to tell bc that can't be easy to conjure up such horrible memories (that I'm sure never completely go away).
I hope those who inflicted the tortures were haunted by their memories and faces they saw until their dying day.

Bryan N.Reviewed in the United States on February 21, 2021
5.0 out of 5 stars
A must see.
Verified purchase
Appears that another reviewer (Staubing) has a problem with German guards being given the same rights (The right to die) that they gave prisoners for 12 years.

The majority of the guards at the camps were never punished for their crimes and blended back into German society to live normal lives as if nothing ever happened.

Considering that the guards were SS and under orders to not let any prisoner survive, I could care less what happened to the guards or anyone involved with the camps.
3 people found this helpful

StraubingReviewed in the United States on February 15, 2021
2.0 out of 5 stars
Not a single word
Verified purchase
about American soldiers murdering dozens of German camp guards.
3 people found this helpful

Grant HReviewed in the United States on June 26, 2021
5.0 out of 5 stars
It is heartbreaking, sobering, maddening and horrifying what happened.
Verified purchase
This documentary does a very good job of telling the whole holistic story of not just Dachau, but how that dark history came to be as well as the story of Dachau, the first Concentration camp. This is a film that every American should be required to watch when they are in high school.
See all reviews
Back to top
Get to Know Us
Make Money with Us
Amazon Payment Products
Let Us Help You
EnglishChoose a language for shopping. United StatesChoose a country/region for shopping.
© 1996-2021, Amazon.com, Inc. or its affiliates