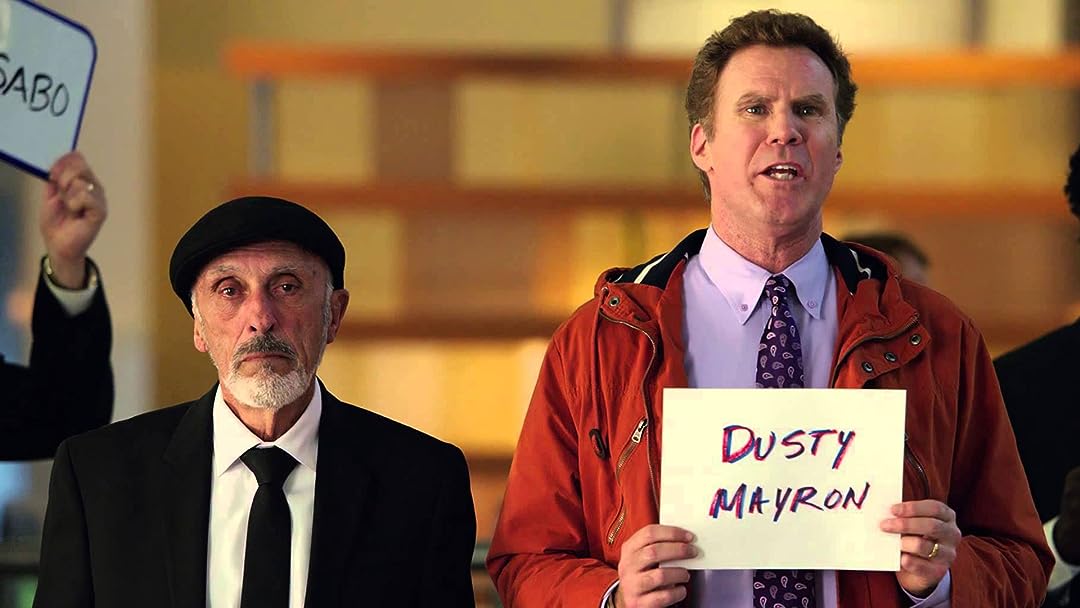 (21,008)6.21 h 36 min2015X-RayPG-13
Will Ferrell & Mark Wahlberg face off in this Dad vs Step-Dad showdown! Brad (Ferrell) wants to be the best step-dad to his new wife's kids. But when their actual father Dusty (Wahlberg) shows up, the two must go toe-to-toe in this fun family comedy.

Celena CarrollReviewed in the United States on September 4, 2018
1.0 out of 5 stars
Funny but not reccommended
Verified purchase
I wanted to watch a comedy and what I saw of this had some very amusing parts. I was not even half finished with the movie when I shut it off because of all the filth. The kids were hateful and the parents clueless. Hollywood lives in the gutter and they shouldn't get our money until they start producing decent movies that don't show their completely immoral and filthy "values". Don't let Hollywood drag you down to their level. Demand movies that aren't trash.
11 people found this helpful

joel wingReviewed in the United States on September 11, 2021
3.0 out of 5 stars
Was surprised by how funny this family comedy was
Verified purchase
Daddy’s Home was another family comedy featuring Will Farrell. I wasn’t expecting much but it proved to be pretty funny. The screenwriters tried to throw in jokes in nearly every scene and most of them worked from Farrell’s step daughter always drawing pictures of him dead to his boss telling stories about the women he’s dated that had daddy issues. The plot is about Farrell the stepdad being confronted with his kids father played by Mark Wahlberg. Farrell plays the geek and Wahlberg the tough guy. They play that out for all it’s worth.
One person found this helpful

KerBearReviewed in the United States on August 6, 2017
5.0 out of 5 stars
Laugh Out Loud Fun
Verified purchase
I was pleasantly surprised at how much I enjoyed this movie. It was laugh out loud funny while carrying a substantive story line. The ending brought tied brought everything full circle. What I really enjoyed was watching a movie that was both (mostly) realistic that showed ways of conflict resolution in today's blended families that helps everyone win. Because Will Ferrell was in it, I was hesitant to watch, fearing the humor would be over-the-top raunchy, but it wasn't as bad as expected.
9 people found this helpful

Jennifer GardnerReviewed in the United States on March 28, 2018
1.0 out of 5 stars
Just go see Elf instead
Verified purchase
I really wanted to give it a try especially it was Will Ferrel and Mark Wahlberg but it is disappointing. The premise is supposed to be cool dad vs wuss of a man being step dad but it got so old so quick. Allot of the setup was predicable, it is kind-of the case the writers were thinking what kind of ridiculous premise can we milk with Will Ferrell as the lead and play that to death. Creativity was compensated with vulgarity and not even funny low-grade humor. Re-watch Elf.
11 people found this helpful

GoDawgs19Reviewed in the United States on May 30, 2017
4.0 out of 5 stars
Ferrell is always a great actor-really funny and genuine, but Wahlberg is HOT! Story line was great, but some scenes were corny.
Verified purchase
I'll give it 4 stars. The story line is great and the kids did an awesome job, but some scenes were just really corny and dumb. Especially when Brad drove Dusty's motorcycle in the house and jumped out on his car. Also the ending was corny, but smart. Although I'm glad it didn't end with the kids watching violence. I know kids hear all sorts of language and I know most of them repeat it (I repeated some as a kid), but I can't stand movies where kids are cussing. This movie makes sense and I felt bad for Brad and angry at Dusty. Was happy to see them getting along finally. I don't have any kids, so I don't know from the point of view of the struggles of parents and step parents, but this movie does bring light to the situations and feelings some parents may go through. You have to figure out how to get along with the other parents and find peace. I am happy to watch a movie that brings light to the subjects about bullying and standing up for yourself and fighting for what's right, but wondered why the parents didn't go to the school and demand more done about the bullying. Sometimes you may need to take matters into your own hands, but too many kids these days think bullying is fun and fighting is the answer. Growing up, bullying wasn't really an issue. Today that's all we hear about. There were some really funny moments and jaw dropping shocking moments, but overall a great film. I always heard it was a great film and just now getting around to watching it. I would watch this again, but it's not on my priority watch list to see again and again. Maybe to see Wahlberg. He's always been a hottie. Grew up lovin him. The ending was corny, but that shows you karma always comes back around.
One person found this helpful

Big IVReviewed in the United States on October 17, 2017
4.0 out of 5 stars
Fun but does it need a sequel?
Verified purchase
This was a fun film. I am constantly annoyed at how inept dads and stepdads are portrayed in media, and this buys into it, but the jokes are funny. The situations are ridiculous but it is fun.
I doubt this needs a sequel but I was pleasantly surprised by this film so perhaps the next one will be fun too.
8 people found this helpful

awesome3747Reviewed in the United States on January 16, 2017
3.0 out of 5 stars
more disturbing than funny
Verified purchase
If you have kids and your going through a divorce this is not a good movie to watch until after the divorce. It is a comedy and there are lots of very funny moments. One of the fathers plays a masculine tough guy who seemed to be to tough to be around for his kids. He has not seen the kids in years. No child support paid. He calls and the kids go nuts. I suppose some kids might get excited for the father to finally show up. Step father handles himself well blindly continuing to help the father to be there for the kids. A very childish competition begins between the two Dads. The father makes a tree house with a zip line and a skate park in the back yard. Step father comes home decides he will show everyone he can skateboard at which time he is electrocuted. The biological father holds off on CPR in order to teach the kids what to do in an emergency. Reinforcing competion, anger and power to the children he is role modeling to.
Step father sets up Christmas for the kids. The daughter gets a pony. Sending the message love can be bought. Can't forget the very expensive basket ball tickets purchased.
I found the movie more disturbing than funny.

All American MallReviewed in the United States on October 3, 2020
1.0 out of 5 stars
Don't watch as a movie, just for disconnected funny scenes
Verified purchase
Horrible script. Sprinkled with individual humorous scenes. Profanity laced throughout that usually adds nothing (how is it not rated R ? ). Completely unbelievable human behavior that is not funny but disturbing, uncomfortable, and awkward (to watch).

Watch all the trailers and you will see all the funny without subjected to misery.