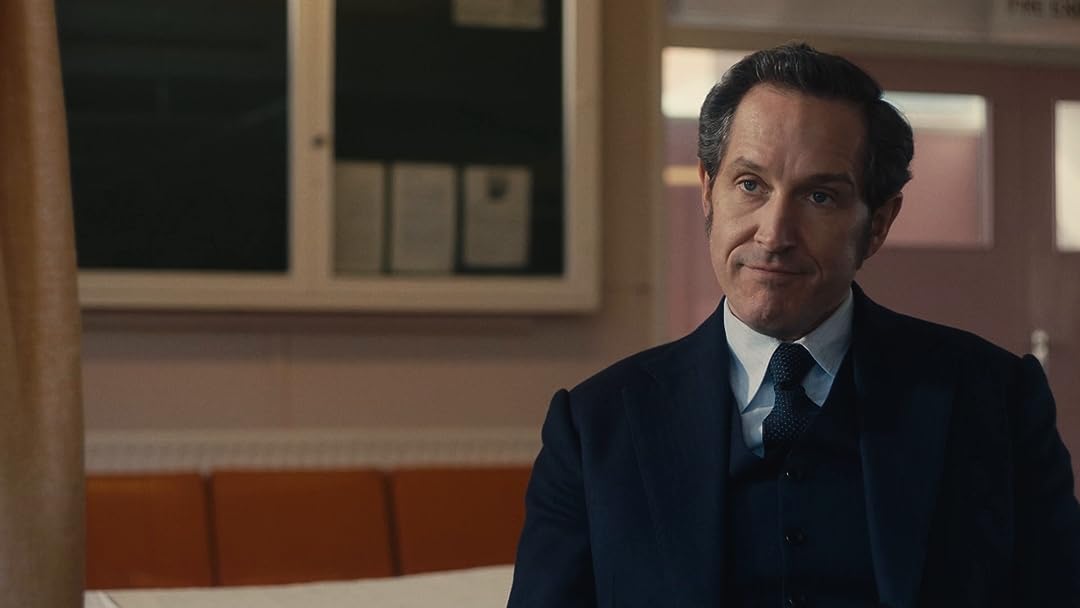 Amazon CustomerReviewed in the United States on November 1, 2021
5.0 out of 5 stars
No need for subtitles
If you watch UK productions at all, you should not need subtitles unless you have a hearing issue. Carvel is excellent and this is so superior to the usual US trash that it is very welcome. The accents are not at all difficult.
26 people found this helpful

Amazon CustomerReviewed in the United States on November 2, 2021
5.0 out of 5 stars
Excellent British mystery!
So glad Acorn is offering this series...a wonderful crime mystery. I wonder if it's fair that people are providing low ratings because of the lack of captioning - the content is what should mostly be judged.
19 people found this helpful

christine williams/ baltimoreReviewed in the United States on November 10, 2021
5.0 out of 5 stars
Excellent New Series
"Dalgliesh" is a great new murder mystery series, set in 1970s Great Britain. The titular main character, Adam Dalgliesh, is a police Detective Inspector, somewhat quiet and reserved, but highly intelligent, observant, persistent, and with a deep respect for human life. He is also a published poet, though that has yet to be explored much. The first four episodes have been great whodunnits, with talented ensemble casts portraying detailed characters. There have been two different settings/mysteries, with each story covering two episodes. (Episodes 3 and 4 were filmed beautifully in Northern Ireland. I'm not sure where 1 and 2 were filmed.) The mysteries were fairly challenging, but the real draw to the series is Dalgliesh himself, with his slowly-unfolding backstory, and the character-driven plotlines. I'm hooked, and I think many other fans of British drama and mysteries will be, as well. On that note, to add my two "pence," regarding accents: they truly are not difficult to understand in this series. I have watched British TV programs for decades, and this series so far has very easy to understand dialogue (very little British slang) and easily-understood accents, not heavy at all. In fact, I am hard-of-hearing and sometimes require closed-captioning, but not in this case. Give "Dalgliesh" a try... you will not be disappointed!
11 people found this helpful

Kitty347Reviewed in the United States on November 15, 2021
1.0 out of 5 stars
Terrible adaptation
Having read all of P.D. James' books and all of the Adam Dalgliesh series, I couldn't watch more than 30 minutes of this episode. The screenplay is awful. There is no background presented leading up to the murder. The characters are totally different from the novel. As for one comment on the depiction of Adam Dalgliesh as true to the novel by "Agatha Christie", it's absurd. The depiction of Sgt. John Massingham is as far from the character in the book as can be. He's shown as being arrogant, smug and insufferably snarky. There are no twins in the book and Nurse Dakers doesn't flee from the crime scene, nor is she being blackmailed by the victim. The writer of this screenplay has played wild and loose with P.D. James' book. If you want to see a far truer video rendition of this novel, find a copy of Masterpiece Mystery's 1984 production starring Roy Marsden. Better yet, read the book... it's fabulous.
9 people found this helpful

Katharine F. TerrieReviewed in the United States on November 1, 2021
1.0 out of 5 stars
No closed captions
Have read all of PD James' books in the Adam Dalgleish series and have watched the first TV series multiple times. I was truly excited to find out about new series. But stopped watching in first minute. No closed captions which I need, especially with a British program. So disappointing.
11 people found this helpful

OiggReviewed in the United States on November 7, 2021
5.0 out of 5 stars
Excellent - Carvel as Dalgliesh is a perfect fit
The first two episodes of this series are incredibly well done but I won't spoil. Two (4 episodes in total) more stories are still to be added. Can't wait to watch. No question that Bertie Carvel brilliantly captures Agatha Christie's written depiction of Adam Dalgliesh and brings him to life on screen. Side note: Not sure why people think that rating this series low because of the lack of subtitles is the right thing to do. If [cc] is missing then that is a failure on the part of Amazon. [cc] (not subtitles) should be a given for every series no matter the country of origin. The lack of [cc] is definitely not a reflection on the quality of the production, the story or the actors. In this case the production, the story and the actors are all fantastic.
4 people found this helpful

trdavidsonReviewed in the United States on November 3, 2021
5.0 out of 5 stars
Well done. With English subtitles.
Fresh writing, good pacing, engaging cast. Production is first rate. There was nothing I didn't like in this first offering of a new series. Bertie Carvel portrays Dagleish admirably, making the role first performed by Roy Marsden, his own. I look forward to seeing more episodes as they become available.

I don't understand the issue with it not having closed captions - it has subtitles in English. I don't know if one is considered an improvement over the other.

deborah j rectorReviewed in the United States on November 3, 2021
4.0 out of 5 stars
Bertie Carvel is an Excellent Dalgliesh
Shroud for a Nightengale is well a written and well acted mystery. Bertie Carvel is a marked improvement over Roy Marsden as Adam Dalgliesh, nailing the broody, intelligent, and dead sexy combo from the book.The production does a good job of dramatizing a mystery with 3 murders and a gaggle of Nursing suspects (what are a group of nurses called; a needle?, a scrub?) all in a brisk 90 minutes, mostly by excising a number of extranous subplots. My only real disappointment was that they cut the line out where Dalgliesh asks the killer, very gently, about the final victim, "Was she still alive when you put her body in the fire?" A killer ending that this show could have used.
4 people found this helpful
See all reviews
Back to top
Get to Know Us
Make Money with Us
Amazon Payment Products
Let Us Help You
EnglishChoose a language for shopping. United StatesChoose a country/region for shopping.
© 1996-2022, Amazon.com, Inc. or its affiliates