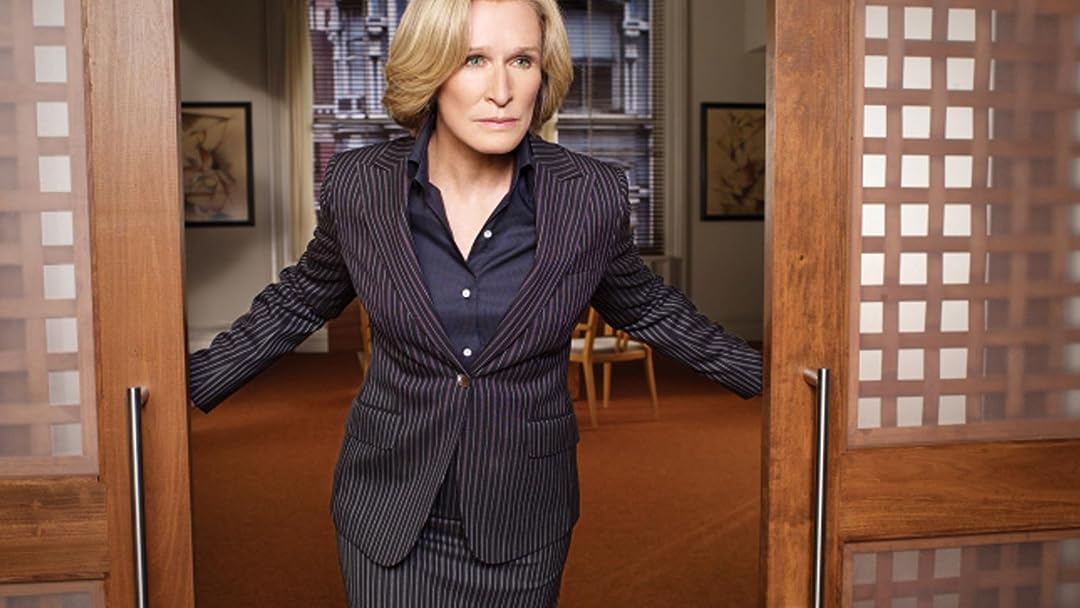 (1,180)
8.12007X-RayTV-MA
A law school graduate becomes the protégée of a successful Manhattan litigator who specializes in corporate-malfeasance cases.

TumeeReviewed in the United States on September 15, 2018
2.0 out of 5 stars
Not realistic at all
Verified purchase
It was so fake! Someone tried to kill the attorney, the main character, and she doesn’t go to the police?! 🤔 instead she runs to her fiancée’s place with bloody clothes on the st. on a daylight without getting caught. Then her fiancé was killed and she still doesn’t call the police and run around the city again. Finally, police caught her and tells her “we know that you didn’t kill your fiancé”. Then the boss gets the charges dropped just talking to thenjudge!!! The boss is using her power to intimidate her employees and the employees are trying to impress her even though she fires them. Just too far away from real life!
14 people found this helpful

Richard LReviewed in the United States on August 25, 2021
5.0 out of 5 stars
A means to an end.
Verified purchase
“Consider this carrot, believe me you don’t want to see the stick. “ Patty Hughes when talking to an important character.
Patty Hughes delivers and puts evil men in their place. But in return, you need to expose yourself to a complex personality that believes the end justifies the means, always.
Do you need help in how to cope with powerful women? Maybe Patty can help here.
Did you like the movie “The Devil Wears Prada”? Then you will enjoy this, but keep sharp objects and guns away.
Both Glenn Close and Rose Byrne are masters of their craft. Enjoy.

Amazon CustomerReviewed in the United States on December 11, 2019
5.0 out of 5 stars
The best series ever.
Verified purchase
This is without a doubt the very best TV series we have watched. Glenn Close is amazing. Ted Danson as the bad guy , a real bad guy. Rose Byrne excellent. This is only part 1 . As the series continues it gets better! William Hurt at his best . Lily Tomlin and Martin Short as more bad guys. Do not pass on this . John Goodman should have won an Emmy.
6 people found this helpful

Matthew N. MiskiewiczReviewed in the United States on July 13, 2012
5.0 out of 5 stars
Entertaining story, keeps you guessing
Verified purchase
I've really enjoyed this show! It's a great drama with memorable and distinct characters, and you are always trying to guess whose side they are on and how they will respond to the current crisis.

This is one of the only shows I have seen where there is no clear antogonist. You see into the personal lives of every character which makes they all seem human and gives reason for their actions. But on the other hand, they all lie and manipulate others...with varying degrees of fineness and collateral damage.

The story is about a single big court case, and so in that regard it is fairly sequential show; you'll miss out if you start half way through. But like most shows of this nature, each episode contains sub-plots which usually come to a conclusion at the end, so it doesn't always end with cliffhangers every time. *cough*twentyfour*cough*

If you are a fan of legal shows, or suspenseful drama, you will definitely like this show.

MikeReviewed in the United States on June 2, 2011
5.0 out of 5 stars
The best season of a television show ever
Verified purchase
I've watched Damages season one several times now and it is the best TV I've ever seen. It runs like a mystery movie, law show, blirbs of drama/comedy at times and some twisted plots that keep you on the edge of your seat. Try and watch the last episode without multitasking, its better to just stay glued to the screen the whole time so you catch everything.
I admit I do not like William Hurt (in seasons 2-3) but I had to get over it. Glenn Close is just too bad_ss to miss and I like Rose Byrne too.
This is a show people should be talking about at work and telling their friends about (much like how The Big Bang Theory got its ratings boost) but instead it was cancelled season 3 by FX and picked up by DirectTV for 2 seasons I believe. I have cable so I'm going to have to buy it on dvd or blu when season 4 comes out.
If you like shows or films that make you think a bit then you'll enjoy this one.
4 people found this helpful

warderReviewed in the United States on September 10, 2012
5.0 out of 5 stars
Loved it
Verified purchase
While the show rarely goes into the courtroom, or really covers anything in any legal depth, it is an entertaining set of series that includes some great drama.

The show is slightly unusual in that two ends of a story unwind at the same time: you are given glimpses of the ending episode every week, with the main story providing the lead up to it. This works well.

Having watched most series now, they were all good in their own ways, although the first was the best to me. In series one I liked Ted Danson a lot and his involvement really helped make the show. Glen Close played her character almost too well, and Rose Byrne starts season one strongly. Tate Donovan was great too.

Worth a watch. I don't want to write any detail because it would all be spoilers.
5 people found this helpful

M ThomasReviewed in the United States on January 21, 2009
5.0 out of 5 stars
Damages
Verified purchase
This series is fantastic. Glenn Close is mesmerizing in this role as Patty Hewes. The story is absorbing and the acting top notch. What is interesting about this series (apart from the fluidity of the timeline in which future and past actions are cut in to inform the present) is the utter fearlessness to create a cast of characters who are deeply flawed and capable of often disturbing and sometimes truly evil acts. This show does not have a hero or heroine who are always good that the audience is rooting for. Instead, we have a character in the traditional villian role who is surprisingly human and a character in the heroine role who can be a monster. The suspense and pacing of the series is excellent. Can't wait for more.
3 people found this helpful

green manalishiReviewed in the United States on June 14, 2010
5.0 out of 5 stars
A 13-hour High-Tension Thriller Ride..
Verified purchase
..done with style and grace. Wow, this started off as interesting but was full-blown riveting by mid-season. The characters develop with the story and it's amazing how well-acted and nicely written the first season is. Ellen (Rose Byrne) started off ok for me but became fascinating as the story thickened. As tension boils over her character seems only to grow more and more subdued in expression, if not with a touch of melancholy, yet with power underlying an understated performance. G. Close is excellent, as usual, having mastered the art of Queen b*tch, and Danson puts in a fantastic performance - wow, it's been so long since I've seen him in action. His character is simultaneously sympathetic and corrupt - a likable bad guy, though for all his corruption he still doesn't generate the contempt that Patty Hughes does (Close). He hasn't shined like this since Cheers, and it's great to see him step back into such a convincing and full-bodied role even this late in his career. Danson's charm still works to great effect here. His lawyer Ray Fiske, is multi-faceted and excellent, as are nearly all the other supporting actors in the series. What's not to like?! Didn't I catch somewhere that Soprano writers or producers were at work here? Wouldn't be surprising. This first season is of similar caliber.
5 people found this helpful
See all reviews
Back to top
Get to Know Us
Make Money with Us
Amazon Payment Products
Let Us Help You
EnglishChoose a language for shopping. United StatesChoose a country/region for shopping.
© 1996-2022, Amazon.com, Inc. or its affiliates