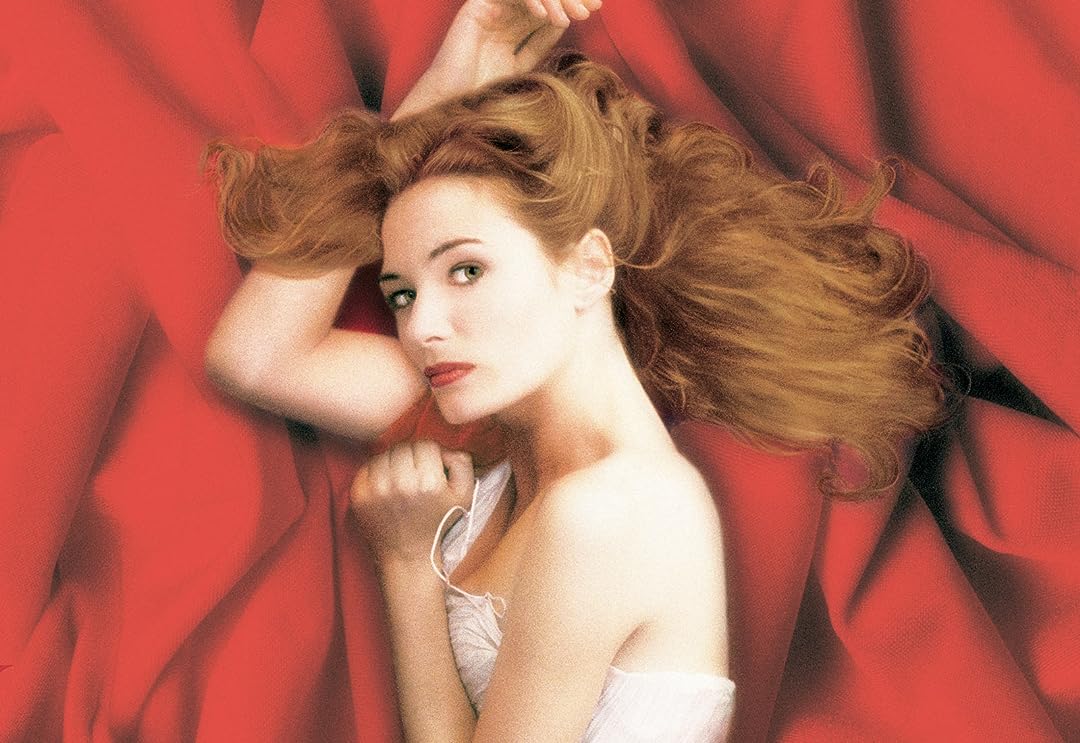 Dana WallReviewed in the United States on January 12, 2017
5.0 out of 5 stars
This is a truly beautiful movie that should be applauded; not torn apart piece by piece!
Verified purchase
This is a truly beautiful movie. I read a review by the Hollywood Reporter which said the title indicated nothing more than a Tori Spelling movie. If they had watched it with their hearts rather than their heads, they too would have loved this movie. Not every movie has to be an intellectual outing. This movie set out to turn a true story into a screenplay and for what it was and all it claimed it be it was wonderful. Why does the Crown get such accolades when a leader turns their heads against civilization, but this movie which was just meant to be the meeting of soul mates who in their current condition couldn't get married. They simply wanted to be together yet the laws of Venice were against them. The protagonist as played by Catherine McCormack delivers a spectacular performance of a woman stuck in a world she couldn't be herself. I think the writer and director and everyone inbetween created a beautiful movie that should be applauded for it''s unique spin on true love rather than picked apart and tossed aside. This isn't a harledquin romance. It is a period piece with a romance intertwined. Women for generations have had no choices, but Veronica Franco stood up for way of life. This is one of the best movies of it's kind created by the brilliant director, Marshall Herkovitz.
43 people found this helpful

JoyceReviewed in the United States on July 26, 2017
5.0 out of 5 stars
Inspiring and Stunning
Verified purchase
This exquisite film is based on the historical book, The Honest Courtesan: Veronica Franco, Citizen and Writer in Sixteenth-Century Venice, by Margaret F. Rosenthal. Arranged marriages based on money and class prohibited Franco’s marriage to the man she loved, and her father’s loss of his fortune left her with a choice of being a powerless, repressed wife in a loveless arrangement or a free and educated prostitute. She is far too independent and intelligent to settle for being a wife. I can’t imagine why this film about her life was basically ignored when it came out in 1998. Fortunately, I came upon it on Netflix. Jacqueline Biset is superb as Veronica's mother who taught her daughter the powerful arts of her sex and set her upon a path that led her into the arms of Senators, Kings and Priests, upon whom she had a profound influence. Catherine McCormick even resembles Biset and is perfect as Franco. Rufus Sewell, who often plays villains, is excellent as the love of her life. The surprises in the film are among its delights, so I won’t speak of the plot, but will say that I found it to be both inspiring and stunning.
17 people found this helpful

FreyjaReviewed in the United States on September 23, 2015
3.0 out of 5 stars
Lovely movie but vastly different from the true story of Veronica Franco
Verified purchase
I have read the book this movie is based upon, The Honest Courtesan by Margaret Rosenthal and the movie departs from the facts of Veronica Franco's life in a significant way, mainly that Veronica was married when she chose to become a courtesan and pursue prostitution as her lifestyle. Her mother did not force her into it as opposed to the movie plots version. The movie portrays that Marco Venier could not marry her because of a dowry and political reasons rather than the fact she was already married. It ruins the so called love story. Veronica met Marco later and he was one of her lovers but as her own correspondence conveys he was not the love of her life as the movie implies. Once I could put this "minor detail" out of consideration, I was able to enjoy the movie. Lovely costumes and sets. Seller was expedient in shipping.
15 people found this helpful

Donald H.Reviewed in the United States on April 13, 2015
4.0 out of 5 stars
Title is a misnomer, she's the antithesis of danger, there's an ecstasy in her passion
Verified purchase
A magnificent, romantic period piece of 1583 Venice, of a decorous, eloquent Shakespearean dialogue, costumes, and aesthetic sights of this seaport city in Italy. Veronica Franco was infatuated by her girlfriend's brother, Marco, and the feeling was reciprocal in spades. Because she was a plebeian, though, and not in the ranks of the upper class, the hoity-toity, or a patrician as was the rich and mighty Senator Marco, he was not allowed to get married to her. The chemistry between the two lovers is authentic and palpable. It was a total pleasure to get caught up in, to be immersed in their courtship. She was put on trial for pursuing a courtesan career path (as an irresistible temptress, seductress of some weak-willed men). Marco, coming to her defense, was solely instrumental in getting these highfalutin, trumped-up charges meant to traduce her, dropped. She was exonerated for being a product/victim of her upbringing, times, and culture. Catherine McCormack's performance was par excellence in the famed, leading role as Veronica.
13 people found this helpful

Amazon CustomerReviewed in the United States on March 14, 2012
5.0 out of 5 stars
A Wonderful, Romantic Sense of Life Film
Verified purchase
As a man who views films as literature, for me, I find few films uphold a "this world" ethic and that makes this work a phenomenal achievement against films that seem to revere drug dealers, drug users, and murderers. Catherine McCormack's portrayal is stunning as Franco, who enters the life of a courtesan to be close to her love interest Marco, played by Rufus Sewell.

The majesty of the film lies in its philosophical commentaries. Franco is a direct contrast to the women portrayed of the era. The 'downing a banana in one gulp', contrary to the opinion of a local San Diego film reviewer, is not designed for the enticement of baser film viewers. It is coupled with Franco's demonstration of her intellect, which showed a mind-body unity that Marco's wife Giulia De Lezze, played by the lovely Naomi Watts, finds "obscene." Where sex is viewed as a vile duty, Franco views it as pleasurable. Where women are relegated to the sidelines of society as mere producers of male heirs, Franco pursues her goals actively. Where husbands are chosen for women out of duty, Franco chooses whom she associates and has sex with. She is the Captain of her fate.

The evolution of the conflict between Maffio Venier (played by Oliver Platt) and Franco presents an interesting transition of Venier's unrequited interest in Franco, to envy of Franco's monetary and intellectual success, to his becoming a "repentant" Christian, and finally to his ascension to the position of chief prosecutor in her inquisition as a suspected "witch." The trial of Franco before the Inquisition foreshadows the transition from early Christian civilization, and its lingering moral values, to the burgeoning Renaissance. Facing a sentence of possible death, this conflict climaxes in Franco's uncompromising, unapologetic, and courageous defense of her life and choices. To me, this makes Dangerous Beauty an incredible "sense of life" of film that should not be missed.

Where the Sidewalk EndsReviewed in the United States on January 31, 2012
5.0 out of 5 stars
Unique romantic film based on historical figures
Verified purchase
I am not typically a fan of romantic movies. I find most of them fairly predictable, so I tend to avoid watching them. However I found Dangerous Beauty to be an exception. It's based loosely on the life of Veronica Franco, a courtesan in 16th century Venice.

The story starts out with an almost Romeo and Juliet like setting, two young people in love, but their families don't afford them the luxury of marrying one another. Veronica's love interest is the brother of her best friend, a wealthy man who's family has planned for him marry for national alliances. Being that she's not up to par social in class standards for her would be in-laws, her mother offers to her an option on how she can still be with the man she loves, though not through marriage. The only way it would be socially acceptable for her to still see him, even after marriage, is if she was a well respected courtesan. She rejects the idea vehemently at first, but after her mother shows her what few other options she has in life, she accepts it, then embraces it.

Her looks, quick wit, poetry and desire for knowledge allow her to raise through the ranks quickly and be quite sought after. She becomes very good at what she does, and wins the hearts of many rich and powerful men in Venice. By the time she is finally able to again be with her true love, wars, kings, the Black Plague and the Spanish Inquisition all now stand in their way. An amazing story with a heartwarming ending, it is a truly unique romance story.
2 people found this helpful

VictoriaReviewed in the United States on August 4, 2021
5.0 out of 5 stars
Gem of a Movie
Verified purchase
One of my all-time favorite movies; telling the story of women's limited life choices in 16th century Italy. Beautifully acted and photographed, you'll want to book a flight to Venice right away!
One person found this helpful

Argyll SockReviewed in the United States on February 12, 2010
5.0 out of 5 stars
Pretty Woman meets the Renaissance
Verified purchase
Veronica Franco was an 'honest courtesan' - a cultivated, erudite woman who also sold herself for sex to an aristocratic clientele.

"Dangerous Beauty" is a slightly more romantic take on this poetess and intellectual of the Venetian demi-monde. Despite the soft-focus approach to high-class escorts, this film nevertheless captures the complicated manoeuvers - political, religious and sexual - that epitomized High Renaissance Venice. (Franco's surreal encounter with French King Henry III and her subsequent trial really happened.)

The production values are a delight in this film, with accurate costumes and lush settings. The ironic use of gondola scenes neatly frames the warring apsects of this repressed society, with parades of courtesans alternating with wedding processions.

Catherine McCormack is a spirited Veronica Franco, with Rufus Sewell as her devoted lover. Jacqueline Bisset as the Franco mother and 'teacher' is a revelation - desperate, cynical and wise in turn.

This film deserves the cult status it has achieved. I highly recommend it to a wider audience.
4 people found this helpful
See all reviews
Back to top
Get to Know Us
Make Money with Us
Amazon Payment Products
Let Us Help You
EnglishChoose a language for shopping. United StatesChoose a country/region for shopping.
© 1996-2022, Amazon.com, Inc. or its affiliates