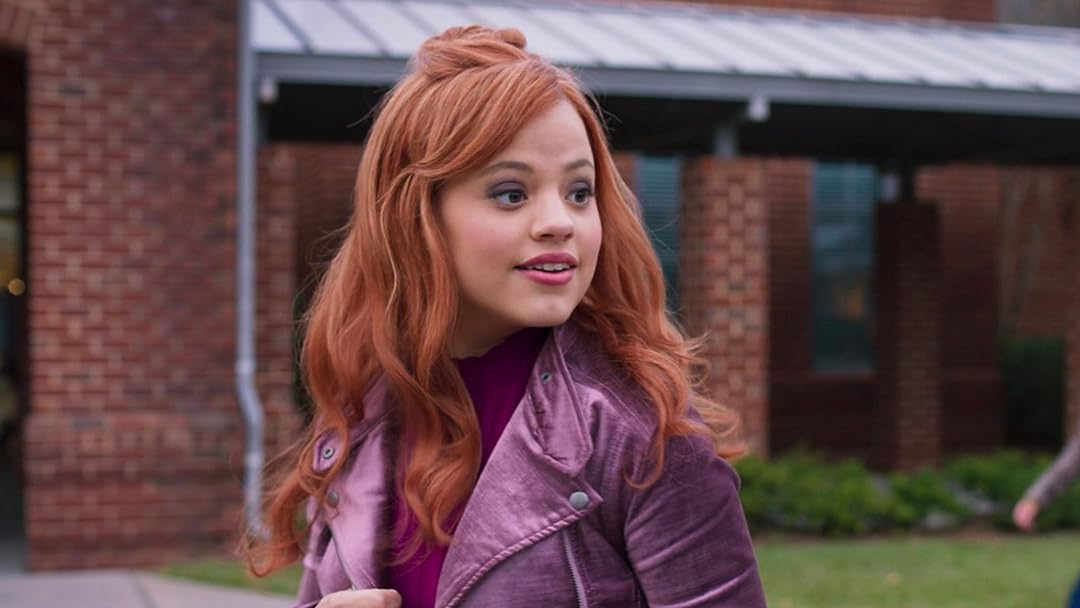 (1,006)
4.21 h 15 min2018G
Ridge Valley High- home to their newest student, Daphne Blake and her online bestie, Velma Dinkley. Can these two teens save the town from an eerie downfall?

thebeta99Reviewed in the United States on September 12, 2020
5.0 out of 5 stars
Awesome movie for girls
Verified purchase
This came up as a random Amazon movie suggestion after we watched another Scooby Doo movie. I'd never heard of it but I'm so glad I agreed to buy it. Daphne and Velma rock as role models. Daphne finds out that what she thought was luck for the first 15 years of her life was actually her father following her around and fixing stuff. What does she do? Demand he stop, determined to take care of herself, even if she embarrasses herself. This Daphne is totally plucky. And Velma is wonderfully geeky and self aware.

There is no Fred or Shaggy or Scooby and they are not missed. There are subtle nods to the original, such as one scene where Velma happens to be wearing an orange turtleneck. There are plenty of holes in the story, and some reality stretching, but that's also true to the original. I can watch it multiple times and not be annoyed, and most importantly, the movie has a matter of fact message of female empowerment that is still missing from most films about teenage girls.

Carmen L.Reviewed in the United States on May 26, 2020
5.0 out of 5 stars
Fun girls movie showing empowered girls saving the day
Verified purchase
I liked this a lot. I liked seeing Daphne and Velma on their own solving crimes and being besties. I liked seeing them both grow as people as they fight for their independence. It really reminded me of Nancy Drew and her pal Georgina (George) where Velma would maybe be Nancy Drew :) I watched Nancy Drew after this. I just love girl detectives :) YAY! I think they did a good job of capturing the personalities of the girls in Scooby Doo. I appreciated how there was absolutely no romance at all and the story was focused completely around being friends and solving mysteries and developing better family bonds. Not everything for a girl audience has to have romance in it, there is a lot more to the life of a girl than romance. I think this probably passes the feminism test. :) yay...of course guys can watch it too. Also it has a great surprise villain. :) Who says the awesome closing line of "I would have gotten away with it too, if it weren't for you meddling kids" :)
One person found this helpful

K McgReviewed in the United States on August 4, 2018
5.0 out of 5 stars
It’s about time!
Verified purchase
My 13 yr old and I loved this. As someone who has been watching versions of these characters since the 70’s, I’m happy to say these are perhaps my favorite versions of Daphne and Velma. And I loved Daphne’s parents too - what great twists on their personalities and lives. I love that the focus is entirely on the girls and the mysteries - too often there’s always a romance or a crush or somehow the girl’s life is defined by her love life. Thank goodness none of that here! Also we enjoyed the brief humorous moments added as a campy nod to the past.
9 people found this helpful

Mary OzReviewed in the United States on July 27, 2020
5.0 out of 5 stars
Love watching these Scooby Doo spin-offs with my niece!
Verified purchase
I love all things Scooby Doo and I love that they are making good real-people movies with the Scooby Doo theme. I love watching these with my nieces and nephews although I think I enjoy the real-life ones more than they do. Great Movie, worth every penny!
One person found this helpful

Emily Curtis-SinkevichReviewed in the United States on August 20, 2019
4.0 out of 5 stars
Girl power
Verified purchase
Loved the girls getting the attention and recognition for once. I wouldn't mind a sequel
2 people found this helpful

AmyReviewed in the United States on June 4, 2020
2.0 out of 5 stars
Extremely Cheesy
Verified purchase
So so so cheesy... nothing positive I can say about it except my kid liked it... so I guess that made it worth the money :(
2 people found this helpful

Amazon CustomerReviewed in the United States on December 25, 2020
4.0 out of 5 stars
Girl detective
Verified purchase
This story is in modern times, of two girls different in ways but alike in some ways too. Thou they could have met before and it could in modern times too.

david snyderReviewed in the United States on May 17, 2021
3.0 out of 5 stars
fair
Verified purchase
not that good of a movie. was dissapointed
One person found this helpful
See all reviews
Back to top
Get to Know Us
Make Money with Us
Amazon Payment Products
Let Us Help You
EnglishChoose a language for shopping. United StatesChoose a country/region for shopping.
© 1996-2022, Amazon.com, Inc. or its affiliates