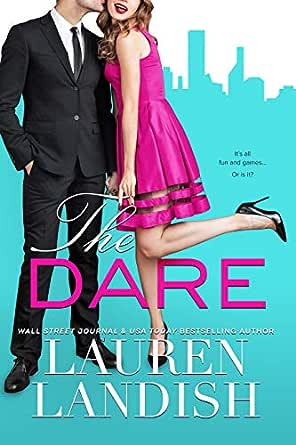 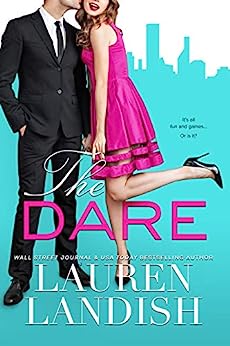 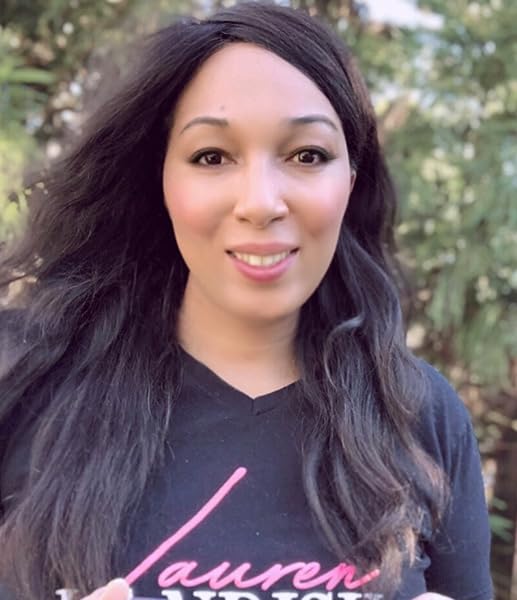 4.5 out of 5 stars
4.5 out of 5
700 customer ratings
How does Amazon calculate star ratings?
Amazon calculates a product’s star ratings based on a machine learned model instead of a raw data average. The model takes into account factors including the age of a rating, whether the ratings are from verified purchasers, and factors that establish reviewer trustworthiness.
Top Reviews

donna c. marttila
1.0 out of 5 stars Graphic sex that borders on dirt vs romantic
Reviewed in the United States on February 14, 2020
Format: Kindle EditionVerified Purchase
I disliked my first page got to phallic, ass, thrusting before I got to the end of that first page. This is just a sex book.
I was looking for a romance comedy. Those have sexual content but in a much more graceful yet fun for the reader fashion.....think Eve and Roarke. This borders on smutty.

Lisa Menor
5.0 out of 5 stars BIG, BAD WOLFE !
Reviewed in the United States on February 1, 2020
Format: Kindle EditionVerified Purchase
I voluntarily reviewed an advanced reader copy of this book.

Elle and Tiffany met in college, roomed together and have been best friends, and partners in crime, ever since. Out of college, they both landed jobs at Fox Industries working as business assistants. Even though Elle's father Daniel Stryker is the company's VP, Elle wants to pay her dues and make it on her own. Plus, she gets to work beside her bestie Tiffany.
Colton Wolfe is a transplant to Fox Industries by way of London. Colton left his homeland in search of bigger and better opportunities. He too was looking to make an name for himself. He also wanted to prove to his father that he was more than capable of being a success in business without his help.
Daniel and Colton are vying for a new position and both consider using Elle as leverage against the other. Daniel wants his daughter to keep her eyes and ears open to any gossip regarding Colton. Colton has bigger plans for how to use Elle.
Struggling with her growing feelings for Colton and her loyalty to her father, Elle is confused by the expectations each man has regarding her.
She knows she should follow her heart, but that doesn't make it any easier.
SEXY, FLIRTY AND SMOKING HOT SEX, EVERYTHING YOU COULD POSSIBLY WANT, THIS BOOK HAS ALL OF IT ! ! ! A BOSSY ALPHA WHO'S SET HIS SIGHTS ON A SMART, SEXY SUBORDINATE ! AWESOME SECONDARY CHARACTERS WITH STORIES JUST WAITING TO BE TOLD ! I HIGHLY RECOMMEND THIS BOOK ! AMAZING READ ! ! !

CeeJay Daisy Booklover
5.0 out of 5 stars ♥️🌼🔥MORAL: DON’T LET YOUR BESTIE PACK YOUR BAGS♥️🌼🔥
Reviewed in the United States on February 4, 2020
Format: Kindle EditionVerified Purchase
I enjoyed this book so much...It was fun, hot and entertaining....THE DARE was based on a good premise, and one I don’t think I’ve ever read before....Plus, Lauren Landish gave us some really funny moments...one of my favorites takes place with Colton and Elle in airport security.....I couldn’t not mention it.....it deserves to be singled out...And I promise it will make you laugh too...♥️🌼🔥
Colton is a wealthy, hot, ambitious, no-nonsense Brit, and he’s Elle’s boss at the company where, both, her father and best friend also work....Colton is all business all the time....until he meets beautiful, smart, “ball busting”, daredevil Elle, and, he immediately, becomes enchanted with Elle and her “dare game”...♥️🌼🔥
Elle and her best friend, Tiffany, have been playing the “dare game” for years in an attempt to take risks and stand outside of their comfort zones, and, truthfully, these two could be dangerous if left alone too long...They are thrill seeking, adrenaline junkies, and it was a dare during which Elle met Colton...in his office...beside the copier...it was priceless.....♥️🌼🔥
All through the book, the dare game had first Elle and Tiffany and then Elle and Colton daring each other to do what they really wanted the other person to do...without, actually, asking the person to do it...Got it?? ♥️🌼🔥
So, Colton decides to transfer Elle to the position of his assistant while he works on a career and life changing project which will yield a potential promotion ...two reasons..(1)Elle’s dad is Colton’s only competition in this promotion, and, hopefully, knowing Elle works for his competition, will throw her dad off his game and (2)Colton likes Elle, and she intrigues him....He’s, obviously, hot for her and no one believes he’s going to let her go when the project is complete...♥️🌼🔥
I really liked this book....the characters are strong, their chemistry is strong, and I loved their story...Plus, the peripheral characters, specifically, Frank and Tiffany are interesting enough I want their story...and, yes I like the idea of them in the same story...so many problems to overcome....I hope Lauren Landish writes their story next....♥️🌼🔥
Read more
32 people found this helpful
Helpful
Comment Report abuse

clpetit56
4.0 out of 5 stars An incredible read!
Reviewed in the United States on February 1, 2020
Format: Kindle EditionVerified Purchase
Take one hot, bossy alpha brit and one wild, independent daredevil, add in witty banter, humorous moments, lust, crazy dares, loyalty, challenges and hot scenes, and you get one well written, fun, flirty and sexy must read.

Jennifer Richey
5.0 out of 5 stars Hilarious read
Reviewed in the United States on February 2, 2020
Format: Kindle EditionVerified Purchase
This book is hilarious & very unpredictable which starts with a dare between two bestfriends Elle & Tiffany. This dare leads to their hot as sin Boss Colton which Elle hits it off with bc their chemistry is just so dang hot! This book is a must read!
Read more
13 people found this helpful
Helpful
Comment Report abuse

Jackie
TOP 1000 REVIEWER
5.0 out of 5 stars THE BEST!
Reviewed in the United States on February 4, 2020
Format: Kindle EditionVerified Purchase
Fabulously funny, sweetened with daring feats of crazy throughout, and an undeniable off the charts smoking connection between Elle Stryker and her dare of a lifetime Colton Wolfe, made " The Dare " in my opinion an MVP of romantic comedies!
A unique, unputdownable cover to digital cover read- Lauren Landish outdid herself!
Read more
12 people found this helpful
Helpful
Comment Report abuse

Lauri T
5.0 out of 5 stars Fun read
Reviewed in the United States on February 13, 2020
Format: Kindle EditionVerified Purchase
Elle has one mission, get the the attention of the handsome Brit that is currently in competition with her father for a job site expansion. Colton Joe's who Elle is an decides to use that to his advantage, that and the fact that Elle cannot pass up a dare! This book is filled with a host of characters that will make you laugh and who will make you want to punch them . An absolute charmer.
Read more
7 people found this helpful
Helpful
Comment Report abuse
See all reviews from the United States

Kindle Customer
5.0 out of 5 stars Makes a winner!
Reviewed in the United Kingdom on March 6, 2020
Format: Kindle EditionVerified Purchase
What a brilliant and funny read! Lauren is good at creating characters you want to see together and this is no exception. What started a date between friends ends with a true love story that has you clapping at the end! Elle and Tiff are best friends who dare each other daily. The latest dare involves one of the executives, Colton Wolfe at their job but ends in a fairy tale of love, laughter and a little bit of chaos. A great read from start to finish
Read more
Helpful
Sending feedback...
Thank you for your feedback.
Sorry, we failed to record your vote. Please try again
Report abuse

Kindle Customer
5.0 out of 5 stars Hot, Sexy, Feel Good Book.
Reviewed in the United Kingdom on February 19, 2020
Format: Kindle EditionVerified Purchase
I loved this book, I especially enjoyed the build up of the relationship between Colton and Elle, I laughed, crieda little and felt a bit hot and bothered during some scenes, also being from England it was nice to have a book that was based in the UK as well as the USA, if you enjoy slightly broody men and feisty women this book is for you, I'd recommend it to anyone.
Read more
One person found this helpful
Helpful
Sending feedback...
Thank you for your feedback.
Sorry, we failed to record your vote. Please try again
Report abuse

Victoria Gardner
5.0 out of 5 stars Must read
Reviewed in the United Kingdom on March 26, 2020
Verified Purchase
I absolutely loved this book can't wait for the next one
Read more
Helpful
Sending feedback...
Thank you for your feedback.
Sorry, we failed to record your vote. Please try again
Report abuse
Load more international reviews

Rachael Blockley
4.0 out of 5 stars Good
Reviewed in the United Kingdom on March 2, 2020
Format: Kindle EditionVerified Purchase
Good read but not as funny as I thought it would.
Read more
Helpful
Sending feedback...
Thank you for your feedback.
Sorry, we failed to record your vote. Please try again
Report abuse

kim
5.0 out of 5 stars Great holiday read!
Reviewed in the United Kingdom on February 24, 2020
Format: Kindle EditionVerified Purchase
A good compelling story, funny and easy to read. This is the perfect holiday book, can pick it up and get straight back into the story. Loved the characters. Will there be a follow up book? Tiffany and Daniel maybe? Can see a great story there!
Read more
Helpful
Sending feedback...
Thank you for your feedback.
Sorry, we failed to record your vote. Please try again
Report abuse

charlie sf
5.0 out of 5 stars Watch out for the big bad Wolfe!
Reviewed in the United Kingdom on March 12, 2020
Format: Kindle Edition
Loved this book. Fun, slow build romance with a HEA. Can’t wait for the next one!
Read more
Helpful
Sending feedback...
Thank you for your feedback.
Sorry, we failed to record your vote. Please try again
Report abuse