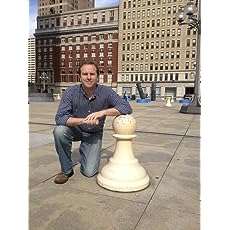 Darin Kennedy, born and raised in Winston-Salem, North Carolina, is a graduate of Wake Forest University and Bowman Gray School of Medicine. After completing family medicine residency in the mountains of Virginia, he served eight years as a United States Army physician and wrote his first novel in the sands of northern Iraq.

His novel, The Mussorgsky Riddle, was born from a fusion of two of his lifelong loves: classical music and world mythology - a love letter to Mussorgsky's magnum opus, Pictures at an Exhibition, and Rimsky-Korsakov's masterpiece, Scheherazade. The Stravinsky Intrigue continues those same themes while exploring Stravinsky's first three ballets and his Fugue & Fable series culminates in The Tchaikovsky Finale, which takes us through the famous ballets of Tchaikovsky with a finale accompanied by the cannons of the 1812 Overture. The first two novels in his The Pawn Stratagem contemporary fantasy series, Pawn's Gambit and Queen's Peril, combine contemporary fantasy with the ancient game of chess.

Doctor by day and novelist by night, he writes and practices medicine in Charlotte, NC. When not engaged in either of the above activities, he has been known to strum the guitar, enjoy a bite of sushi, and rumor has it he even sleeps on occasion. Find him online at darinkennedy.com.
Read more 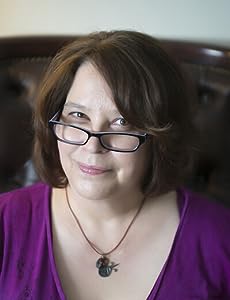 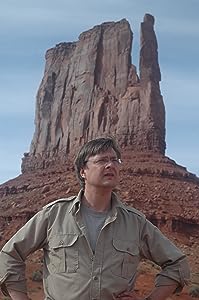 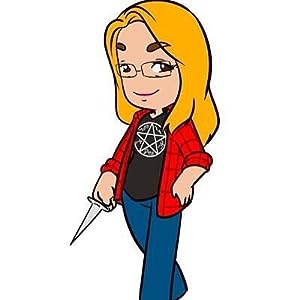 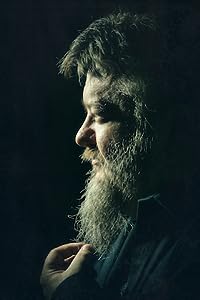 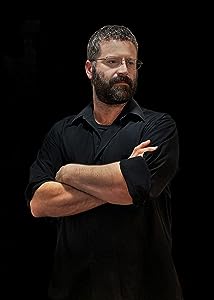 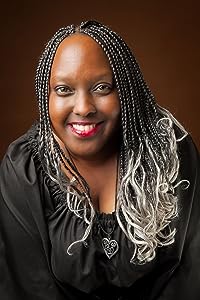 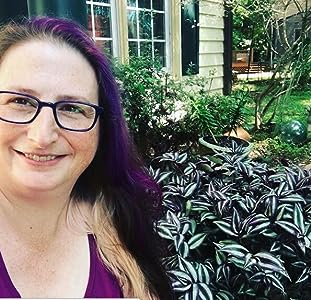 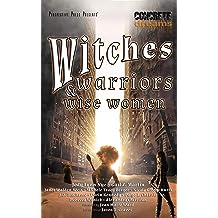 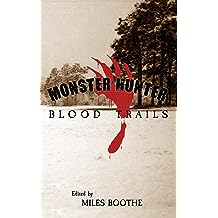 Monster Hunter Blood Trails (Legends of the Monster Hunter Book 4) May 15, 2014
by Brian P. Easton , Miles Boothe
( 8 )
$3.99
The hunter spreads a hand inside the beast’s track, shocked by the sheer enormity of the thing. Dusk settles through the forest but there is just enough light to make out the tiny red droplets along the edge of the print. An hour ago it had been a steady flow. The trail leads down into a valley the sun has already given up to shadow, and the moon won’t be up for hours. Under any other circumstances it would be wise to wait for the moonlight, but the warm trickle of the hunter’s own blood has not stopped and there is no time to wait. The hunt is on.

BLOOD TRAILS marks the 4th volume in the Legends of the Monster Hunter series and welcomes 24 brand new stories to the family. Fans of LEATHER, DENIM & SILVER, THE TRIGGER REFLEX and USE ENOUGH GUN will be well pleased with these tales and newcomers to the series will be very glad to discover it. 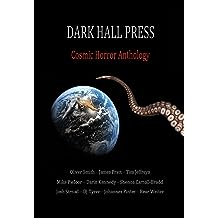 Dark Hall Press is proud to present our Cosmic Horror Anthology, ten tales of nameless terror from some of the most exciting voices in the field.

It’s all here, from stories of subtle, invasive menace to tales of full-fledged cyclopean horrors; from alien worlds to the yawning holes in perception where strange forces lurk; where nature takes on a terrifying sentience and one is not safe even in dreams.

We at Dark Hall invite you to join us in celebration of the modern weird tale, to cast off the veil of reason and see the universe for what it truly is – frightening and uncontrollable.
Read more
Other Formats: Audible Audiobook , Paperback 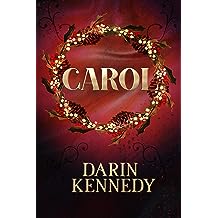 So who the hell sent Carol this text?

Born Christmas Day eighteen years ago, Carol Davis is known for anything but holiday spirit.

Sharp-tongued and self-centered, she’s made her way to the pinnacle of high school by walking over anyone who stands in her way, be they enemy, friend, or even family.

Visited by the ghost of her best friend on the anniversary of her December drowning, Carol learns that a horrible fate awaits her and only by facing the Spirits of Christmas Past, Present, and Yet to Come can she avoid the coming darkness.

With each spectral visitation, she’s taken down a familiar yet fresh path of discovery, uncovering the innocent girl she used to be, accepting the bitter young woman she has become, and yearning for a future where she can dare to love again.

As the clock strikes midnight on Christmas Eve, Carol has one last chance to turn her life around, but have the Spirits come too late to change the course of destiny?
Read more
Other Formats: Hardcover , Paperback 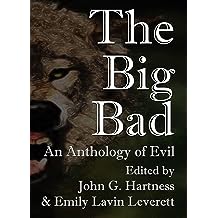 The Big Bad: An Anthology of Evil May 27, 2013
by John G Hartness , Emily Lavin Leverett
( 11 )
$2.99
Everybody loves bad guys, and these are some of the baddest of them all. Forget the rules. There aren't any heroes. No one is going to save you from the wickedness in the darkness. Monster hunters can easily become the hunted. Twisted perverts can find themselves on the receiving end of their own deviant desires. No matter how big and bad someone or something may be, there is always something bigger and badder just waiting. Even the classics like a dragon, werewolf, or supernatural being can fall victim to something even more evil. Take a peek, if you dare, inside the malevolent world of super-villains, monsters, demons and just plain evil folk. Be careful, what you see there might be disturbingly familiar ...
Read more
Other Formats: Hardcover , Paperback 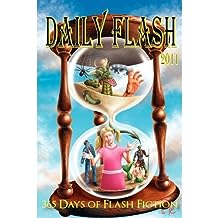 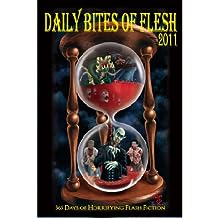 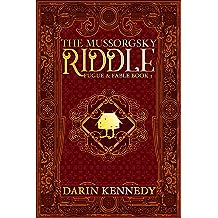 “Unique and fresh… Like nothing else out there!”
Mercedes Lackey
New York Times Best Selling Author of Firebird and Black Swan

Psychic Mira Tejedor possesses unique talents that enable her to find anything and anyone, but now she seeks a comatose boy wandering lost inside the labyrinth of his own mind. 13-year-old Anthony Faircloth hasn’t spoken a word in weeks and with each passing day, his near catatonic state worsens.

Pulled into Anthony’s mind, Mira finds the boy’s psyche shattered into the various movements of Modest Mussorgsky’s classical music suite, Pictures at an Exhibition. As she navigates this magical dreamscape drawn from Anthony’s twin loves of Russian composers and classical mythology, Mira must contend with gnomes, troubadours, and witches in her search for the truth.

The real world, however, holds its own dangers. The onset of Anthony’s mysterious malady coincides with the disappearance of his older brother’s girlfriend, a missing persons case that threatens to tear the city apart. Mira discovers that in order to save Anthony, she will have to catch a murderer who will stop at nothing to keep the secrets contained in Anthony’s unique mind from ever seeing the light. 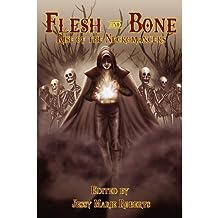 Flesh and Bone: Rise of the Necromancers Nov 11, 2010
by Jessy Marie Roberts
( 2 )
$5.00
Twenty-one dark short stories about the undead, and the persons who raise them... Featuring: The Blade of Tears by Lydia Sharp, No Man's Land by K.G. McAbee, Wrists by Shennandoah Diaz, All the World a Grave by Michael McClung, Blood on the Beach by Anne Michaud, The Scarlet Cat by Rebecca Lloyd, The Mortician's Secret by Kelley Frank, The King's Accord by Alan Baxter, Necrodance by Darin Kennedy, The Ghost Walk by Marianne Halbert, Blood Brothers by J. Matthew Saunders, Bequest by Greg Mellor, 9 Mystery Rose by Eden Royce, In the Dark Kingdom by Brandon Berntson, Jenna's Awakening by TW Brown, Queen of Bones by Aubrie Dionne, Small Matters of Immortality by Michael R. Colangelo, The Stoner Bride by Matthew Fryer, Sedenberry's Pest by Jon C. Forisha, A History of the Wraith King by Chris Poling & And the Greatest of these is Love by David McDonald.
Read more
Other Formats: Paperback 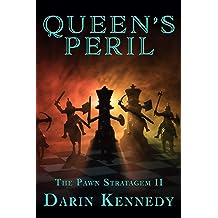 Now the Black King has dispersed Steven Bauer and his friends through time.

The gathered White have spent weeks delivering innocents across North America from the destructive forces of the latest universal correction, all the while waiting for the inevitable moment when the Game summons them all to a checkered battlefield to fight for their lives.

Powerless and scattered across the centuries with no way to return to their own time, they wrestle with their fates:

Steven and Niklaus, banished to the Florida coast of 1945 as a deadly hurricane threatens to tear the state apart.

Archie and Emilio, struggling to survive the bitter winter and flying bullets of 1890 Wyoming.

Audrey and Lena, entangled in the mob violence of 1930s Chicago as a specter from the past makes an ominous return.

In every time and at every turn, a familiar face, some friendly, others not.

And where is Grey, the immortal wizard who wears the White crown? 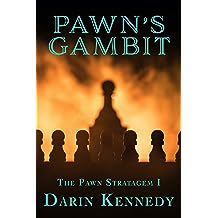 Until the sultry brunette in the little black dressdid her best to incinerate him.

Yesterday was just another day at the office for Steven. Today, he is the White Pawn, a combatant in a nightmarish game of chess where people are the pieces and the world is at stake. To survive the deadly Black Queen, Steven must rush to gather the rest of his Pieces:

The Knight, a grieving teenage boy caught up in a web of gang violence.

The Queen, a young woman at death’s door, her body ravaged by leukemia.

The Bishop, a disgraced priest haunted by visions of the Game.

The Rook, a suicidal drunk reeling atop a storm-ridden skyscraper.

But Steven isn’t the only one looking for the remainder of the White, as the Black Queen already has her Pieces assembled, and they are on the hunt…


From the award-winning author of THE MUSSORGSKY RIDDLE comes a tale of magic, struggle, and strategy, where one wrong play means the destruction of everything Steven holds dear--and he's about the play for his life. This urban fantasy novel set in a world of chess and superpowers takes readers on a thrill ride from page one.
Read more
Other Formats: Audible Audiobook , Hardcover , Paperback 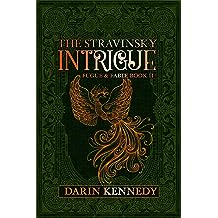 “Unique and fresh… Like nothing else out there!”
Mercedes Lackey
New York Times Best Selling Author of Firebird and Black Swan

“An amazing world with an entrancing tapestry of magic and mystery set against a backdrop of beautiful music… A must -read!”
Linda Robertson
Author of The Persephone Alcmedi series and Jovienne

Nine months have passed since psychic Mira Tejedor last walked the halls of Anthony Faircloth’s adolescent mind. All but family now, Mira is relocating to Charlotte, NC, not only for a much-needed change of scenery, but to further her burgeoning relationship with Dr. Thomas Archer. On the eve of her move, however, a new threat emerges.

Young girls from every corner of Charlotte are falling catatonic, a condition eerily similar to the illness from which Mira rescued Anthony the previous fall. Mira reluctantly agrees to help Detective Calvin Sterling with the case and soon finds herself pulled into a new pair of fantasy worlds, both borne from the brilliant mind of Igor Stravinsky.

In the world of The Firebird, Mira becomes the warrior Ivanovna and battles an immortal evil threatening to steal the girls’ souls for all eternity. In the Russian fair from Petrushka, she assumes the role of Ballerina, one of three magical puppets who dance at the whim of a cruel Charlatan. Torn between Moor and Clown, bizarre doppelgangers of the two vastly different men in her life, and threatened at every turn by a sorcerer who craves her very essence, Mira must navigate the cruel deceptions of both worlds and win, or her life and the lives of a dozen innocents will be forfeit.