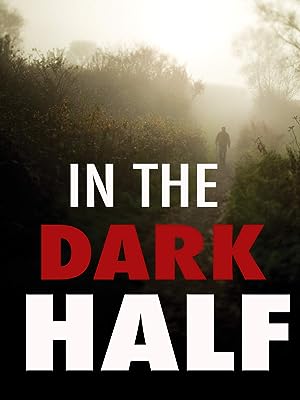 In The Dark Half

(24)
5.41 h 21 min201218+
Fifteen year-old Marie and six year-old Shaun are neighbors, but when Shaun dies in her care, Marie becomes haunted by a strange presence. It follows her everywhere she goes and won't leave her alone. Is it the spirit of Sean? Or is it something else from her eerie past?

RhayzzaReviewed in the United States on April 15, 2021
4.0 out of 5 stars
Slow & Dark, but Patience Rewards.
Verified purchase
This was really very good. Sure, it could either went faster/been a shorter movie...it also could have had non-related sub-stories or filler (then everyone would complain about that: No satisfying anyone anymore, seems damned if you, damned if you don't), but it didn't. It completely focused on this very weird girl; you then come to find that the rest of the village seems to be in on a secret and she's the last to know. Oddly enough, she has some secrets of her own.

You really just have to watch it to understand. The ending is a very good payoff.

Now for the OTHER part of the movie: Dances on lore, I wish they DID use filler for this bit. Give us more backstory on the bits that we in this realm still don't seem to understand. (Which is what makes it cool.)

Definitely hold out on this one, it really IS very good.

JulaineReviewed in the United States on August 2, 2020
3.0 out of 5 stars
Very Slow but...
Verified purchase
I almost turned it off a couple of times, but was curious to see what this was about. I'm glad I waited. The last 10 minutes were unexpected. I would never have guessed the ending. English films are so bizarre.
2 people found this helpful

LolaReviewed in the United States on August 6, 2020
3.0 out of 5 stars
Not bad but depressing
Verified purchase
If you don't want to see depressing stuff then do not watch this because it is depressing, confusing at the beginning, good acting, fair drama story of the movie.
One person found this helpful

m. olaf hinzReviewed in the United States on December 26, 2016
5.0 out of 5 stars
amazing film surfacing from under the radar
Verified purchase
IN THE DARK HALF is an extremely layered tale of loss, mourning, longing and coming-of-age, with a gentle, yet persuasive supernatural sub-text. It is brilliantly nuanced in the way it questions/side-steps conventional mores as it examines the deep-seated often seemingly contradictory emotions which make us human. The acting is equally brilliant across the board; the directing/editing assured. The only minor downside is the slight overuse of music and music cues. With a story, script, acting and direction of this calibre, one doesn't need musical underscoring. (Still, I must say, the theme is poignantly lovely.) However, the main reason I'm writing this review is due to something I missed when ordering. It's clearly stated on the product page that this is a made-on-demand Blu Ray-R, rather than a Blu Ray. (I was so keen to get a Blu Ray of this film, I missed the caveat.) I was initially disappointed, but the video is utterly, impressively pristine. Additionally, the dialogue is clear, though, given the accents, the subtitles are a help; despite the fact that they are, on occasion, in error, and, amusingly, miss a word key to the story (which is thankfully mentioned on the jacket summary).
5 people found this helpful

Chris SimpkinsReviewed in the United States on August 11, 2020
5.0 out of 5 stars
Moving and beautiful
Verified purchase
Jessica Barden and Tony Curran totally deliver in this gorgeous movie about the different ways people cope with loss.

Paul C. YeagerReviewed in the United States on July 16, 2020
4.0 out of 5 stars
Good movie
Verified purchase
Good story line great acting and a little depressing but still a very well made movie

lisaReviewed in the United States on August 1, 2020
3.0 out of 5 stars
What is Going On
Verified purchase
The movie is slowwwww and I'm confused. Eventually, I gave up.

ThuviaReviewed in the United States on March 11, 2018
4.0 out of 5 stars
Beautiful eerie and interesting
Verified purchase
Very interesting movie. You know this movie is taking you on a trip, but you're not sure til the end exactly where you're going. Kept me glued to the screen the whole time. The trip is beautiful and eerie and engaging
2 people found this helpful
See all reviews
Back to top
Get to Know Us
Make Money with Us
Amazon Payment Products
Let Us Help You
EnglishChoose a language for shopping. United StatesChoose a country/region for shopping.
© 1996-2021, Amazon.com, Inc. or its affiliates