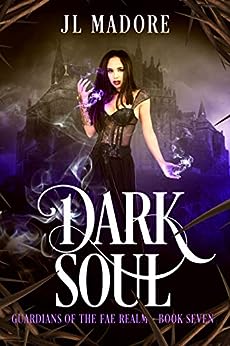 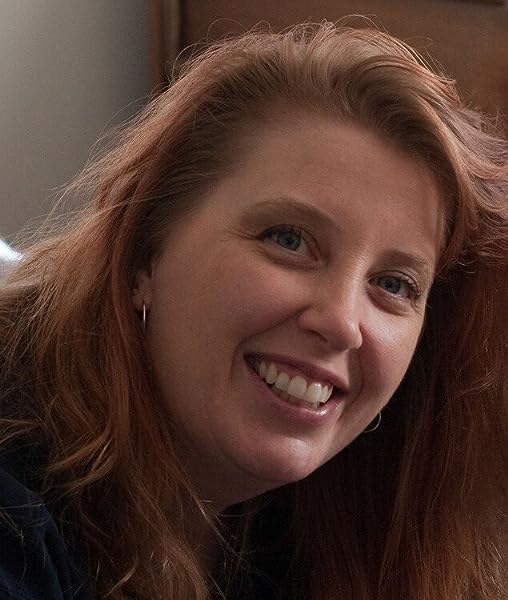 by JL Madore (Author) Format: Kindle Edition
Book 7 of 13: Guardians of the Fae Realms
See all formats and editions
Sorry, there was a problem loading this page. Try again.

A curse to break. A sister to find. A quadrant to reclaim.

After the initial shock of being soul seared to a stranger, Creed and I realize the universe might know what it's doing afterall. As the two realms unite and initial relationships are made, the news of our mating breeds more than salacious curiosity throughout Dornte—it ignites hope.

The citizens want safety. And freedom. And the restoration of the royal family.

With the rule of the usurper queen threatened, Laryssa's claws come out and her most effective weapons against Creed are: threatening my life, tormenting his sister, and empowering the blood witch to torture him with the dark beast he's been cursed with.

But Creed isn't alone in his fight anymore. Now he has us.

*Dark Soul is book two in the second harem of the Guardians of the Fae Realms, steamy reverse harem paranormal romance series. Expect sexy polyamorous situations (mmmfm), rollicking action, ongoing storylines, and shifter lovers who find what they need from not only their queen but each other as well. Med-burn, med angst, vivid sexual content, and language.*

Kindle Customer
5.0 out of 5 stars Masterpiece!!!!
Reviewed in the United States on June 16, 2021
Verified Purchase
Now we find our soul-seared duo of Creed and Princess Keyla are blendin well adding Doc, our black bear shifted, into their love life. Now what is going to happen with Dylan's, Creed's dragon guard? And now, the Phoenix quint, with our pregnant Calliope, are on hand and by Leyla and Creed's side. Next on the agenda is rescuing Creeds missing sister, Honor. This book is simply packed with love, hot steamy scenes, support and magic! I actually believe this series is a great match for the earlier Phoenix series! JL Madore, please keep writing about this universe, because none of our characters are to the happily ever after yet. They are all begging for more stories.
Read more
One person found this helpful
Helpful
Report abuse

CMG
5.0 out of 5 stars Loved it.
Reviewed in the United States on June 2, 2021
Verified Purchase
I loved the first five. Called and her guys quint. I'm loving Keyla's story also. I can't wait for more. I'm also loving this world and the continuity not just cameos. It's a big part of my reasons and waiting on get edge for the next book.
Read more
One person found this helpful
Helpful
Report abuse

* Didn't finish, would not recommend

** Finished book, but would not continue to read series or author

**** Highly enjoyed, addictive read can't wait to get to next one

Things are falling into place but they're not there yet, so you'll want to download the next book quickly so you can keep reading!
Read more
Helpful
Report abuse

Jessica
4.0 out of 5 stars Review
Reviewed in the United States on May 6, 2021
Verified Purchase
Good books, good series. Lots of sexy time thrown in with the fighting. I look forward to reading the next book.
Read more
2 people found this helpful
Helpful
Report abuse

You Honey
5.0 out of 5 stars Great follow up to the series
Reviewed in the United States on August 22, 2021
Verified Purchase
The quadruple is all set and have rescued Cree’s sister. This is another phenomenal book by the author. The only thing I have to say is that the author seem to have exchanged the word shutter for shudder. I know she’s going for a shiver-like sensation which is shudder. Shutter is to close like a window shutter. Just saying.
Read more
Helpful
Report abuse

oh4foxsake
5.0 out of 5 stars A bit of a rocky road.
Reviewed in the United States on May 6, 2021
Verified Purchase
I need to know who the 5th mate is!!! Lots happened in this book and after a bit of angst, the quad is in a good spot. A bit of an abrupt end but it was at a good stopping point.
Read more
One person found this helpful
Helpful
Report abuse

Kholder
5.0 out of 5 stars Keyla and creed rock
Reviewed in the United States on July 26, 2021
Verified Purchase
I always liked Keyla but she has grown so much and is now a badass. I love how their group has come together and can’t wait to read the rest of the series.
Read more
One person found this helpful
Helpful
Report abuse

ChelBelle
5.0 out of 5 stars Wow
Reviewed in the United States on May 7, 2021
Verified Purchase
This was another great addition to the series. I get excited when another book drops since I was hooked from the first time I read about Calli. Can’t wait for more!!
Read more
One person found this helpful
Helpful
Report abuse
See all reviews

Rita Whinfield
5.0 out of 5 stars The fight for the Fae crown continues
Reviewed in the United Kingdom on May 8, 2021
Verified Purchase
Could not put this down, just had to keep turning the pages. Really exciting action and some hot sexy times. Was so disappointed when it ended.
Read more
Report abuse

Mrs K M Walker
5.0 out of 5 stars Excellen read!
Reviewed in the United Kingdom on May 6, 2021
Verified Purchase
I hope there is another book to come after this one to finish the while story off, though I will be sad to end it
Read more
Report abuse

Kindle Customer
5.0 out of 5 stars Hot steamy and mystic
Reviewed in Australia on May 10, 2021
Verified Purchase
Loving this series its hot and steamy but with amazing story line. Who wouldn't want there own bear dragon and fae as lovers. Can't wait to see what King Creed does next
Read more
Report abuse

A E
5.0 out of 5 stars Can’t wait for me
Reviewed in Australia on May 26, 2021
Verified Purchase
I loved this book, it was a emotional roller coaster and I can’t wait for the next one!
Secreting Hopful you continue with a lukas story 🤣🙌🏻
Read more
Report abuse
See all reviews