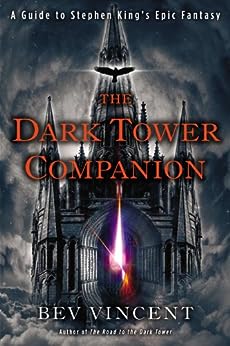 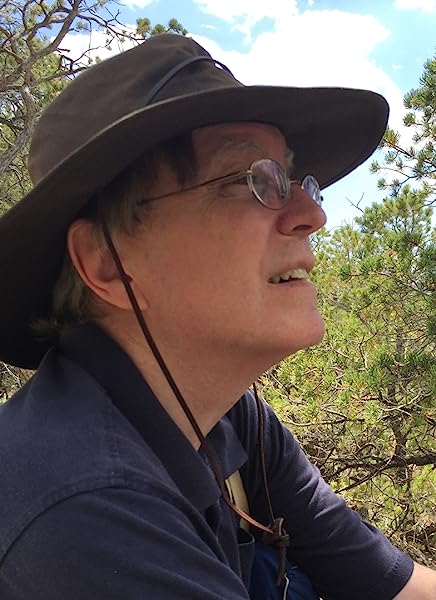 “A valuable tool for exploring the series. Both newcomers and frequent visitors to Mid-World will be informed and delighted.”—Stephen King

The story of Roland Deschain of Gilead, the last gunslinger, and his lifelong quest to reach the tower and save humanity across infinite parallel worlds is one that has consumed Stephen King throughout his career as characters and concepts crossed back and forth between the series and the rest of his fictional universe.

The Dark Tower Companion is the ultimate compendium to King’s evolving magnum opus, presenting the mythology, history, and geography of this epic fantasy that has captivated generations of readers. Featuring interviews with Stephen King, Ron Howard, Dark Tower expert Robin Furth and others, Bev Vincent reveals The Dark Tower’s influential literary origins, examines its connections to the vast majority of King’s other novels, explores the expanded universe, catalogs the major characters, locations and concepts, and includes a travel guide to the story’s real-world locations, giving fans who have followed Roland’s journey—or those who are discovering it for the first time—a fascinating overview of the series and an inside look at the creative process of one of the world’s most popular authors.
Read more
Previous page
Next page

Praise for Bev Vincent's The Road to The Dark Tower

“Wonderful...opens doors to Roland’s world that not even I knew existed.  If you like The Dark Tower books, you’ll like this one. Enthusiastically recommended.”—Stephen King

“Bev Vincent is a true King insider....His book is essential to every reader of Stephen King’s magnificent work.”—Peter Straub

“Vincent proves himself a master of the Dark Tower world.”—Publishers Weekly

“An excellent and maybe even vital guide to King’s grand opus.”—Locus

Bev Vincent has been a contributing editor with Cemetery Dance magazine since 2001, writing the News from the Dead Zone column that appears in every issue. He is the author of The Road to the Dark Tower, the Bram Stoker Award-nominated com­panion to Stephen King's Dark Tower series, The Dark Tower Companion, and The Stephen King Illustrated Companion.

His short fiction has appeared in places like Ellery Queen Mystery Magazine, From the Borderlands, and The Blue Religion. He is a member of the Storytellers Unplugged blogging community. He also writes book reviews for Onyx Reviews. Vincent lives in Texas with his wife.

Bev Vincent has been a contributing editor with Cemetery Dance magazine since 2001, writing the News from the Dead Zone column that appears in every issue. He is also the author of The Road to the Dark Tower, the Bram Stoker Award nominated com&shy;panion to Stephen King's Dark Tower series, The Stephen King Illustrated Companion and The Dark Tower Companion. His work has been nominated for the Stoker, the Edgar and the ITW Thriller Award.

His short fiction has appeared in places like Ellery Queen's Mystery Magazine, Alfred Hitchcock's Mystery Magazine, From the Borderlands and The Blue Religion. He is a contributing editor with Cemetery Dance magazine and a member of the Storytellers Unplugged blogging community. He also writes book reviews for Onyx Reviews.

He lives in Texas with his wife.

BP
5.0 out of 5 stars A great companion piece to the Dark Tower series.
Reviewed in the United States on December 15, 2016
Verified Purchase
Really gets into the twists and turns and oddities, and helps smooth over the rough edges for a more complete understanding of Stephen King's magnus opus. I actually got this before I had finished the entire series (like about Book Five), but stubbornly resisted looking at it until i had read the rest of the books first. Any questions i may have had were answered.
Read more
9 people found this helpful
Helpful
Report abuse

RoseAikens
3.0 out of 5 stars Useful resource
Reviewed in the United States on November 15, 2014
Verified Purchase
This book works fantastically as a refresher for any Constant Reader who finds that it has been a little too long since they made the journey with Roland, Susanna, Eddie, Oy and Jake.

I, like many others, once despaired that King would ever finish the quest, and when he did,I read the last the books back to back. Recently I realized just how long it has been since I did, and reading through this book was helpful in reminding me about the ins and outs along the path of the beam. This is a great resource for the serious fantastic of the series.
Read more
13 people found this helpful
Helpful
Report abuse

Purifiedone
5.0 out of 5 stars Five Stars
Reviewed in the United States on May 5, 2016
Verified Purchase
Loved that it gave an in depth look at the dark tower series
Read more
One person found this helpful
Helpful
Report abuse

bmrboy
5.0 out of 5 stars Good Dark Tower companion
Reviewed in the United States on August 25, 2013
Verified Purchase
Wish I would have had this book when I read the series especially the Gunslinger. Makes things clearer. Wish the print was a little larger.
Read more
6 people found this helpful
Helpful
Report abuse

Happiest Nana
5.0 out of 5 stars Concise and informative regarding the Dark Tower series.
Reviewed in the United States on May 11, 2013
Verified Purchase
This guide clarified many parts of the series that were a bit confusing. I cannot wait to start reading it all over again.
Read more
8 people found this helpful
Helpful
Report abuse

R. A. Macgaren
5.0 out of 5 stars Love the Gunslinger series.
Reviewed in the United States on February 2, 2014
Verified Purchase
This book is a very good companion and guide to this series of books as they are very elaborate and contain a lot of material.
Read more
3 people found this helpful
Helpful
Report abuse

Skoot
4.0 out of 5 stars Comprehensive
Reviewed in the United Kingdom on November 1, 2018
Verified Purchase
Love The Dark Tower series. This is a pretty good handbook to all Tower-esque and expands on its themes and characters well.
Read more
Report abuse

Jackson Charlie
4.0 out of 5 stars No Images whatsoever
Reviewed in Canada on November 22, 2020
Verified Purchase
Do not know how they advertised including the geography of the universe without actually including any maps that do exist.
Read more
Report abuse
See all reviews