Daughter of the Night and millions of other books are available for Amazon Kindle. Learn more
Share <Embed>
Have one to sell?
Sell on Amazon 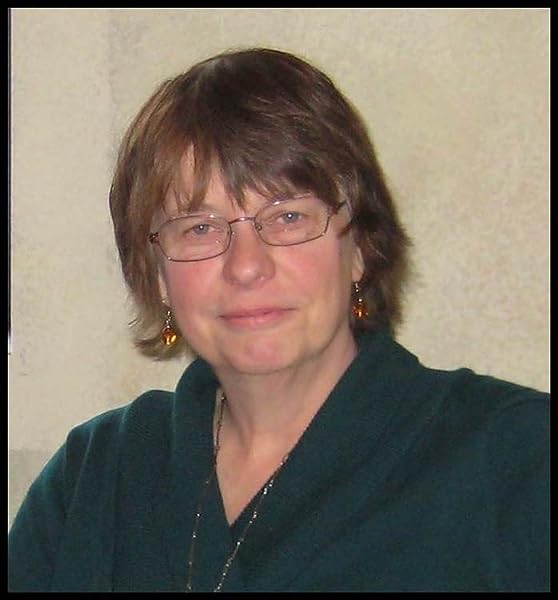 by Elaine Bergstrom (Author)
4.1 out of 5 stars 11 ratings
See all formats and editions
Sorry, there was a problem loading this page. Try again.
Famed for her beauty and feared for her cruelty, Elizabeth Bathori continues her quest for immortality, bathing Europe in the blood of her innocent victims, until she meets Catherine Austra, a mysterious creature with the secret to eternity
Read more
Previous page
Next page

"Don't Look Now" by Mary Burton
A homicide detective in the dark. A serial killer on the loose. Both have their obsessions in a nerve-twisting novel of suspense by New York Times bestselling author Mary Burton. | Learn more
Start reading Daughter of the Night on your Kindle in under a minute.

Elaine Bergstrom was born in Cleveland, Ohio, and is the product of 16 years of Catholic education which, she is sure, has strongly affected her work. Her first novel, Shattered Glass, was among the first vampire romances and created a family of vampiric immortals -- powerful, eternal but with some odd constraints on their natures. It was set in her hometown and the church she attended as a child. It received critical acclaim, including a Stoker nomination,and has been followed by four other novels of the Austra family. Under the pseudonym Marie Kiraly (her grandmother's name), she has written two Dracula sequels: Mina...the Dracula Story Continues and Blood to Blood. She resides in Milwaukee, Wisconsin, where she runs a novel writing workshop, freelances as a TV and film critic, takes care of too many cats, and writes grumpy old lady letters to her congressmen and local papers. You can get additional information on her books and upcoming appearances at elainebergstrom.com

The kindle edition of Shattered Glass is the "author's cut" version -- including 10,000 words not included in the original paperback.

Angelina Torres
5.0 out of 5 stars VERY GOOD BOOK!!!
Reviewed in the United States on May 11, 2014
Verified Purchase
THIS BOOK IS GOOD ENOUGH THAT IF I COME ACROSS IT IN A FEW YEARS I WOULD ENJOY READING IT AGAIN!
Read more
Helpful
Report abuse

Phat Kat
1.0 out of 5 stars But The Kindle Version...
Reviewed in the United States on February 24, 2022
Fantastic book in print, one of my favorites in fact, however the Kindle version is so rife with misspelling (of even the simplest words) that it ruins it for me. I cannot believe that the editing is so poor and it just made me vow not to buy any more digital books. What a total waste of money this purchase was.
Read more
Helpful
Report abuse

Mrs. Picasso
5.0 out of 5 stars A book I always come back to after so many years
Reviewed in the United States on July 1, 2018
I first read this book when i was a young teenager. This is wildly inappropriate for that age, and I didn't understand a lot of the sexual stuff at the time. It has always been one of my favorite books. My copy is so battered and torn that it has no covers and starts on page 5. I've never read any of the other books in the series, so it is not necessary to read the first ones to understand this one. I am about to start book 1 now.
Read more
Helpful
Report abuse

lm
5.0 out of 5 stars Blood-lickin' good!
Reviewed in the United States on May 13, 2003
My favorite of the Austra vampire books, Daughter of the Night begins with the exploration of how Elizabeth Bathori became who she was, with the expected wonderful Bergstrom subplots that so entice the reader and make the characters so vibrantly real. A must for Stephen and Charles fans, as well as any fans of the series.
Read more
3 people found this helpful
Helpful
Report abuse

kara-karina
4.0 out of 5 stars Fascinating old school Gothic novel!
Reviewed in the United Kingdom on August 21, 2012
Verified Purchase
I do love those old school vampire novels. It's like going all the way back to Bram Stoker's tale of Dracula.

This book was very dark and savage, but at the same time really interesting. The plot reminded me of a puzzle where lives of few people are described in seemingly random fashion until at some point those lives intersect, and then you understand why the author took time to tell us about those characters.

As this book has Elizabeth Bathori as a main character, the narration starts with one of her ancestors and then proceeds to show us Elizabeth in different times of her life within half a century time period.

Elaine Bergstrom is brilliant at describing the casual cruelty and torture of the era, the helplessness of the poor and immense power over life and death and complete lawlessness of the rich.

Elizabeth Bathori grows up as a sadistic, cold child, and from the moment her life touches Catherine's, a banished vampire from Austra family, it takes turn for worse. The story is very intricate and complex, and at the same time it doesn't allow us to sympathise with the main anti-heroine (thanks, God!), it draws our attention to the lives ruined by Elizabeth's touch.

Vampires of Austra family do not really try to be and feel human, they are what they are, and this alienness feels like such a contrast to modern paranormal novels which attempt to humanise them.

Truly fascinating historical novel for those of you who sometimes want to pick up a classic Gothic novel and get lost in it.
Read more
Report abuse
See all reviews