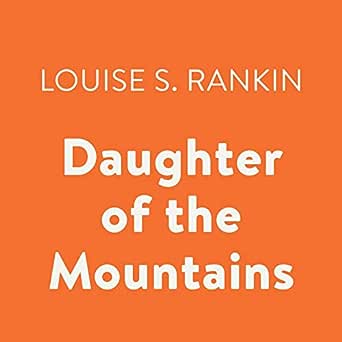 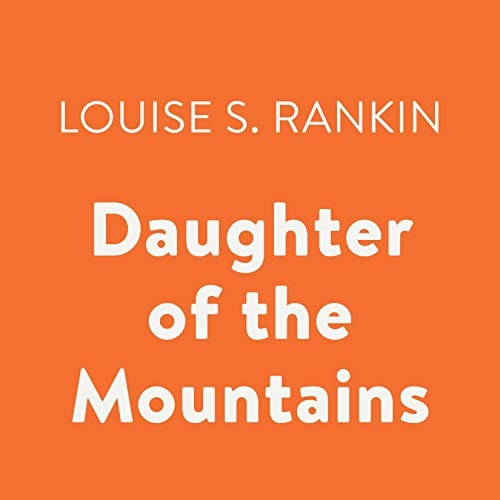 Daughter of the Mountains

3.9 out of 5 stars
3.9 out of 5
20 customer ratings
How does Amazon calculate star ratings?
Amazon calculates a product’s star ratings based on a machine learned model instead of a raw data average. The model takes into account factors including the age of a rating, whether the ratings are from verified purchasers, and factors that establish reviewer trustworthiness.
Top Reviews

M. Lee
5.0 out of 5 stars As Refreshing As the Mountain Air Descibed in the Story!
Reviewed in the United States on May 26, 2011
Verified Purchase
As a mother who screens everything her 12-year-old daughter reads, I admit to a soft spot for older books, because they are, if still in print, more likely to be written in grammatical English, and full and complete sentences. "Daughter of the Mountains" by Louise Rankin is one such book, beautifully descriptive of the climatic variations from the top of the Tibetan hills to the tropical rainforest heat of colonial India and the grimy streets of Calcutta. I found the dialogue very believable, and the way the simple plot is used to explore class and gender relationships very clever - perfect for, as said daughter pointed out below, younger readers. The only thing I felt was missing is the Notes that nowadays typically accompany historical tales, which explain what is true and what is imagined. It in no way detracts from a well-written story, however, and I'm so happy I stumbled on it at our library, we now have our own Amazon copy!
"The book, `Daughter of the Mountains,' by Louise Rankin was a great book.

"When Momo's dog, Pempa, is stolen by horrible traders, Momo embarks on an adventure of a lifetime. From the nasty Indians to the friendly, familiar Tibetans, Momo's trip down the mountain is one you will never forget. But even when Momo finally discovers where Pempa is, can she still get her beloved red-gold Lhasa terrier back in time? Or will the strange English woman who paid for Pempa return to England with her new dog?

"My favorite part was in the beginning, when Momo first sees a golden red terrier when she was four years old. Then she wishes and prays for one just like it for FIVE WHOLE YEARS till she gets one she calls Pempa.

"I would give the book five stars: two stars for the plot, two for the character and one for the sweetness of it all. The plot deserves two stars mostly because it is a pretty original story full of love, loyalty and the strength of a friendship between a girl and her dog. The characters deserve two stars because of how the author manages to combine realism and fairy-taleism in describing them. For example, I am know that there are still women around the world who try to keep children as their slaves, but because I have been lucky and never met one, that reminded me of the fairy tale of `Hansel and Gretel.'

"I would recommend the book to girls in 2nd, 3rd, 4th an, maybe 5th grades, typically. However, since I am a big softy at heart, I loved it, despite the fact I am twelve and am in 6th grade."

HellKittyNinja
5.0 out of 5 stars Love this book!!!!
Reviewed in the United States on August 8, 2016
Verified Purchase
I read this book as a child and have been searching for this book for years!!!! I reread it after buying and receiving this book and it is still a good read. It is a very sweet book I cannot even begin to tell you how much I love this book!!!! It is also a nice way to lightly introduce new cultures to my children as I read this to them. And the descriptive writing in this book is incredible!! The way the author describes the food makes my mouth water and has inspired many new recipes in this household. Every time the author describes the landscapes I can see it so vividly in my head, the author is truly a wonder.
Read more
One person found this helpful
Helpful
Comment Report abuse

Tara Cummings
2.0 out of 5 stars Hard Read
Reviewed in the United States on November 20, 2019
Verified Purchase
Book was good quality and the storyline was great but a hard read. We used it for homeschool and my two children did not enjoy.
Read more
One person found this helpful
Helpful
Comment Report abuse

Rey
1.0 out of 5 stars Everything you would not want your child to do
Reviewed in the United States on February 22, 2018
Verified Purchase
I stopped reading aloud to my child but finished the book on my own when I became uncomfortable with some of the themes. The main character wrestles with very confused religious ideas, which the author seems to have muddled in her own mind as well. Also, this protagonist runs away from home and trusts a wide variety of creepy strangers without any lessons ever learned. There is plenty of potential for a moral or two, but the author missed it. A parent should definitely preread this and prepare to discuss the issues before allowing a child to read it.
Read more
6 people found this helpful
Helpful
Comment Report abuse

booklover
5.0 out of 5 stars Wonderful immersion in an exotic part of the world
Reviewed in the United States on September 18, 2013
Verified Purchase
Daughter of the Mountains is rich in geographic and cultural details of Tibet and Bengal. Locate those areas on a map, locate Llhasa and Calcutta within them, and then read this book that will take you there as you follow a little girl who is searching for her stolen dog. There are real dangers along the way, but not too much for a child to handle, and all turns out happily at the end.
Read more
3 people found this helpful
Helpful
Comment Report abuse

Patricia Spencer
5.0 out of 5 stars Daughter of the Mountains
Reviewed in the United States on September 4, 2013
Verified Purchase
This is an awesome book and a Newbery Award winning one as well. My 8 year old granddaughter just loved it and wanted more just like it which they do have. Recommend this very much
Read more
Helpful
Comment Report abuse

river paw
5.0 out of 5 stars Five Stars
Reviewed in the United States on April 11, 2017
Verified Purchase
I am a teacher, and can't wait to read this book as a read-aloud!
Read more
Helpful
Comment Report abuse

Amazon Customer
2.0 out of 5 stars Two Stars
Reviewed in the United States on April 25, 2018
Verified Purchase
Neither my son nor I really liked this book.
Read more
Helpful
Comment Report abuse
See all reviews from the United States

KITE
5.0 out of 5 stars For lovers of an adventure
Reviewed in the United Kingdom on March 8, 2017
Verified Purchase
A remarkable tale of a young girl s love for her dog and a great determination to find it after it was stolen. Many adventures later which show her courage and gives a picture of the countries of Tibet and China. An excellent choice for a children's present about 8/9 years to ....13/14...
Read more
Helpful
Sending feedback...
Thank you for your feedback.
Sorry, we failed to record your vote. Please try again
Report abuse

Suzy
5.0 out of 5 stars Five Stars
Reviewed in the United Kingdom on July 27, 2017
Verified Purchase
Thanks
Read more
One person found this helpful
Helpful
Sending feedback...
Thank you for your feedback.
Sorry, we failed to record your vote. Please try again
Report abuse