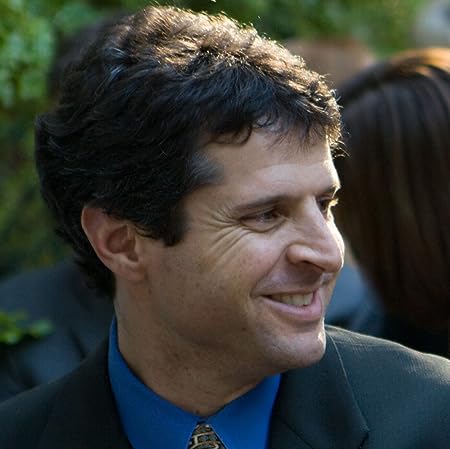 David W. Tollen is an attorney and one of the country's best-known experts on information technology contracts -- and he teaches IT contract drafting and negotiation at the U.C. Berkeley Law School. Separately, David is also the author of award-winning novels that use fantasy to teach history and science, for young people.

David is the author of THE TECH CONTRACTS HANDBOOK: CLOUD COMPUTING AGREEMENTS, SOFTWARE LICENSES, AND OTHER IT CONTRACTS FOR LAWYERS AND BUSINESSPEOPLE -- now in it's 3rd edition, just released in 2021. It's published by the American Bar Association, and the prior editions have consistently ranked as the #1 bestseller for the IP Law Section of the ABA. THE TECH CONTRACTS HANDBOOK is a how-to guide for drafting and negotiating IT agreements, written in simple English.

David is also the founder of Tech Contracts Academy, where he teaches IT contract drafting and negotiation, for lawyers and businesspeople. And he is the founder of Sycamore Legal, P.C. in San Francisco, where he and his staff provide legal services related to software licensing and other IT contracts. He also serves as an expert witness in litigation on these same topics.

Further, David is the author of THE JERICHO RIVER, a young adult novel that uses fantasy to teach world history. THE JERICHO RIVER won first place at both the London Book Festival and the Next Generation Indie Book Awards, as well as a bronze medal in the Readers' Favorite Book Reviews and Awards Contest, among other honors.

David's second novel is SECRETS OF HOMINEA. Another multiple award-winner, it's a middle grade fantasy -- a tale of giants, gnomes, queens, and adventurers -- and it teaches science and history.

David earned law degrees from Harvard Law School and Cambridge University in England, as well as a B.A. in history from U.C. Berkeley. 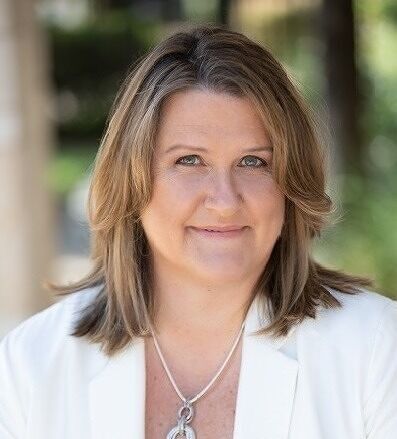 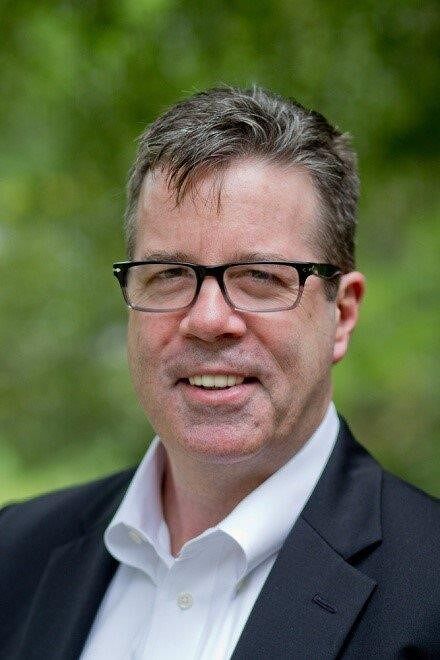 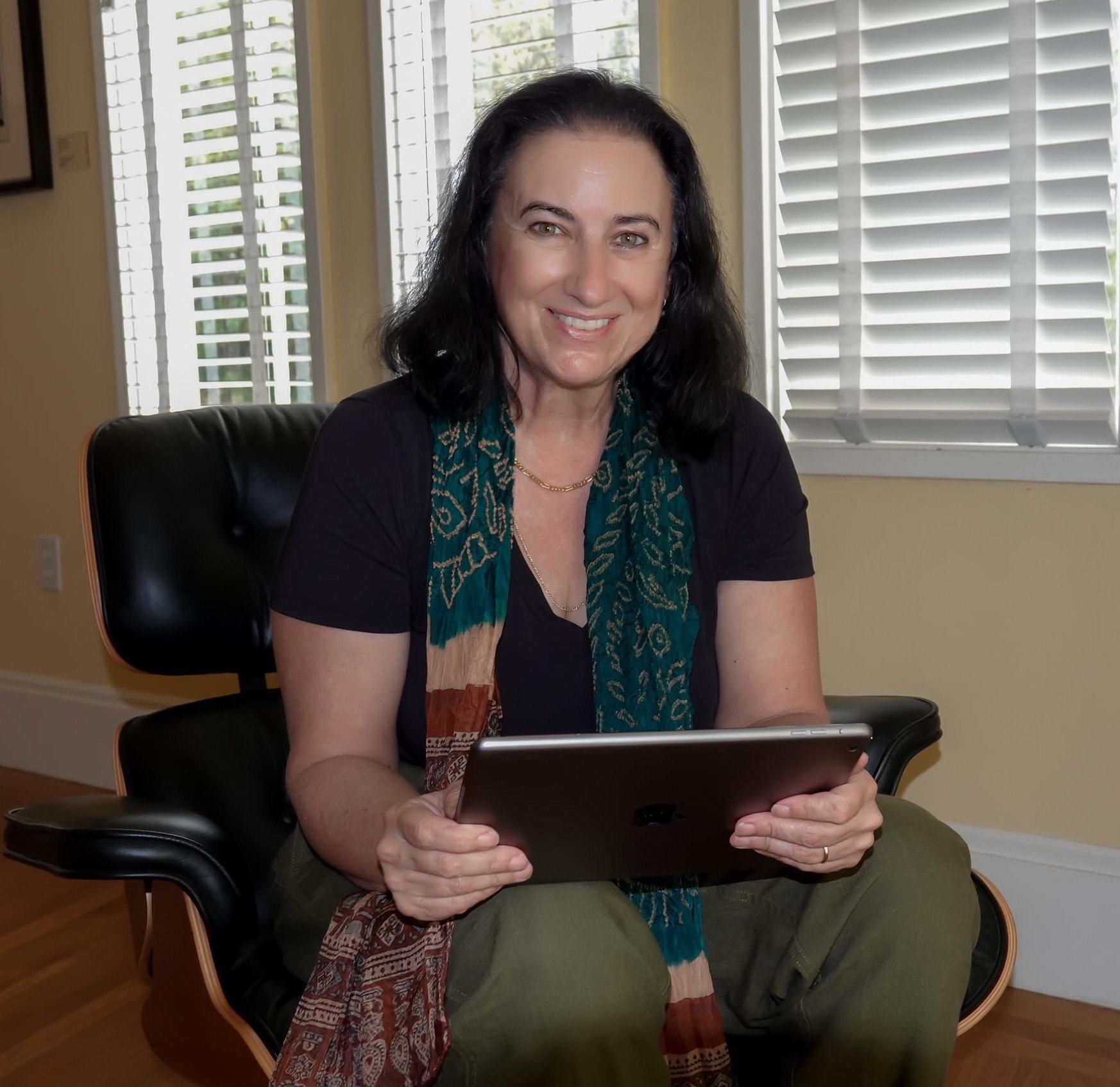 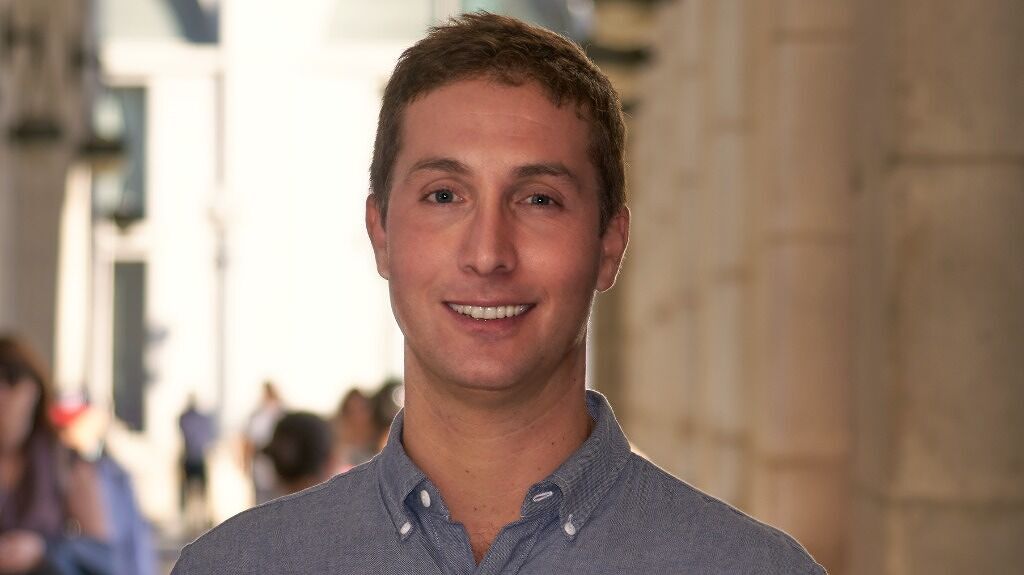 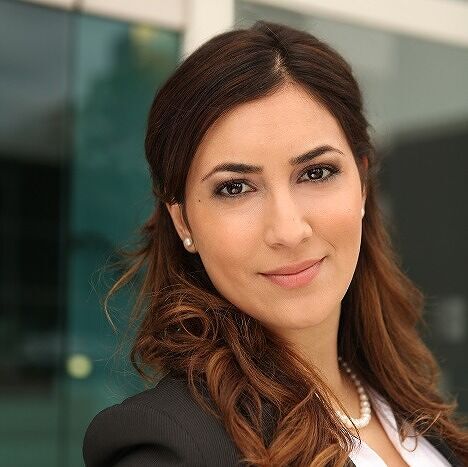 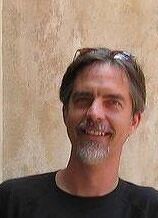 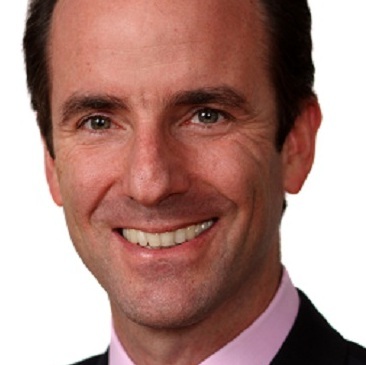 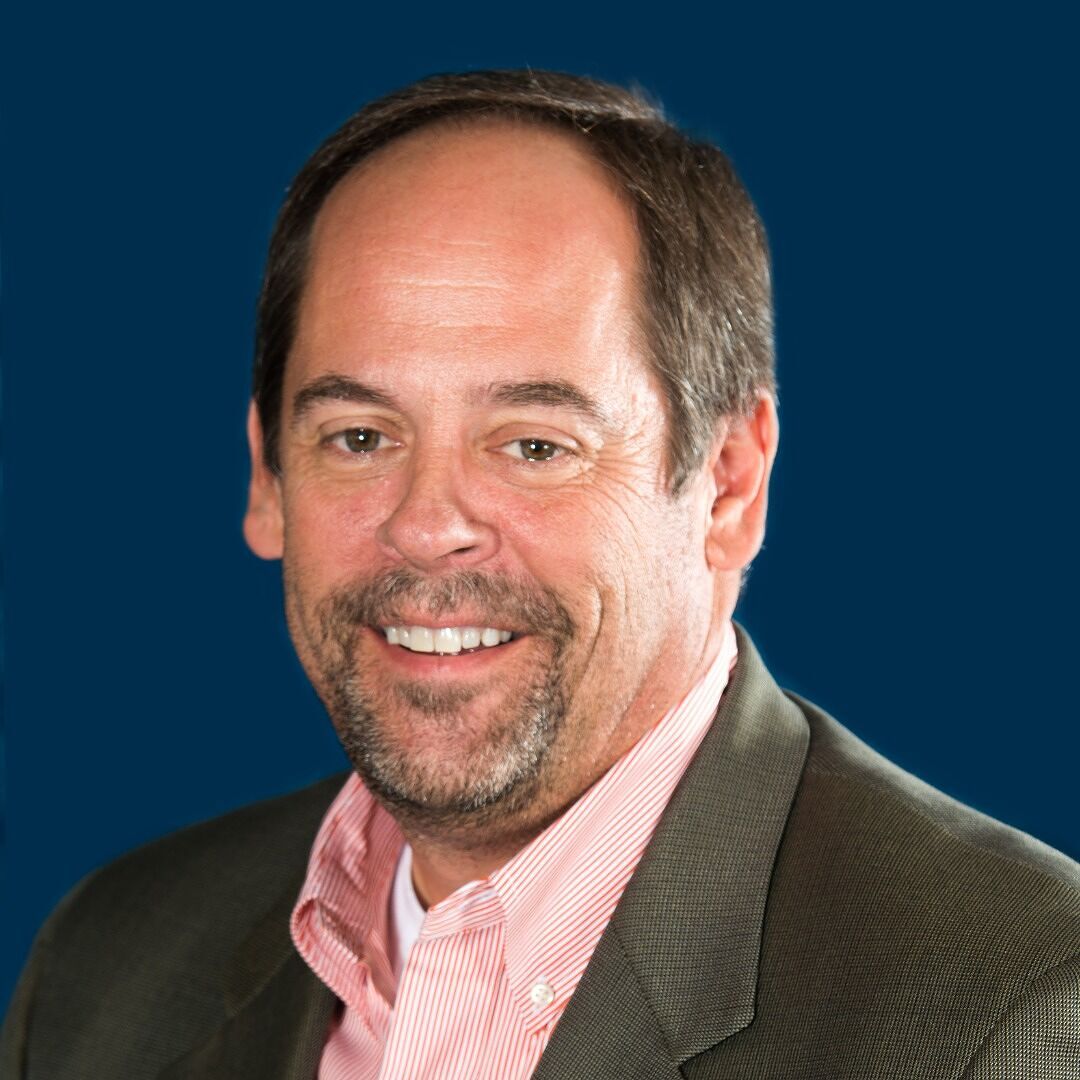 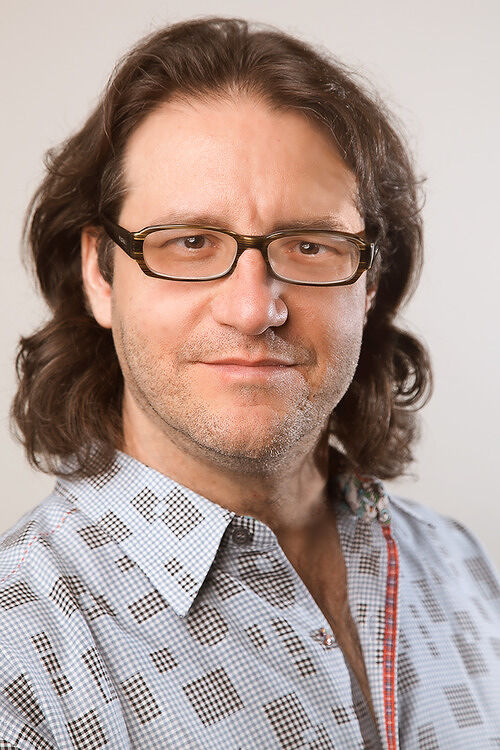 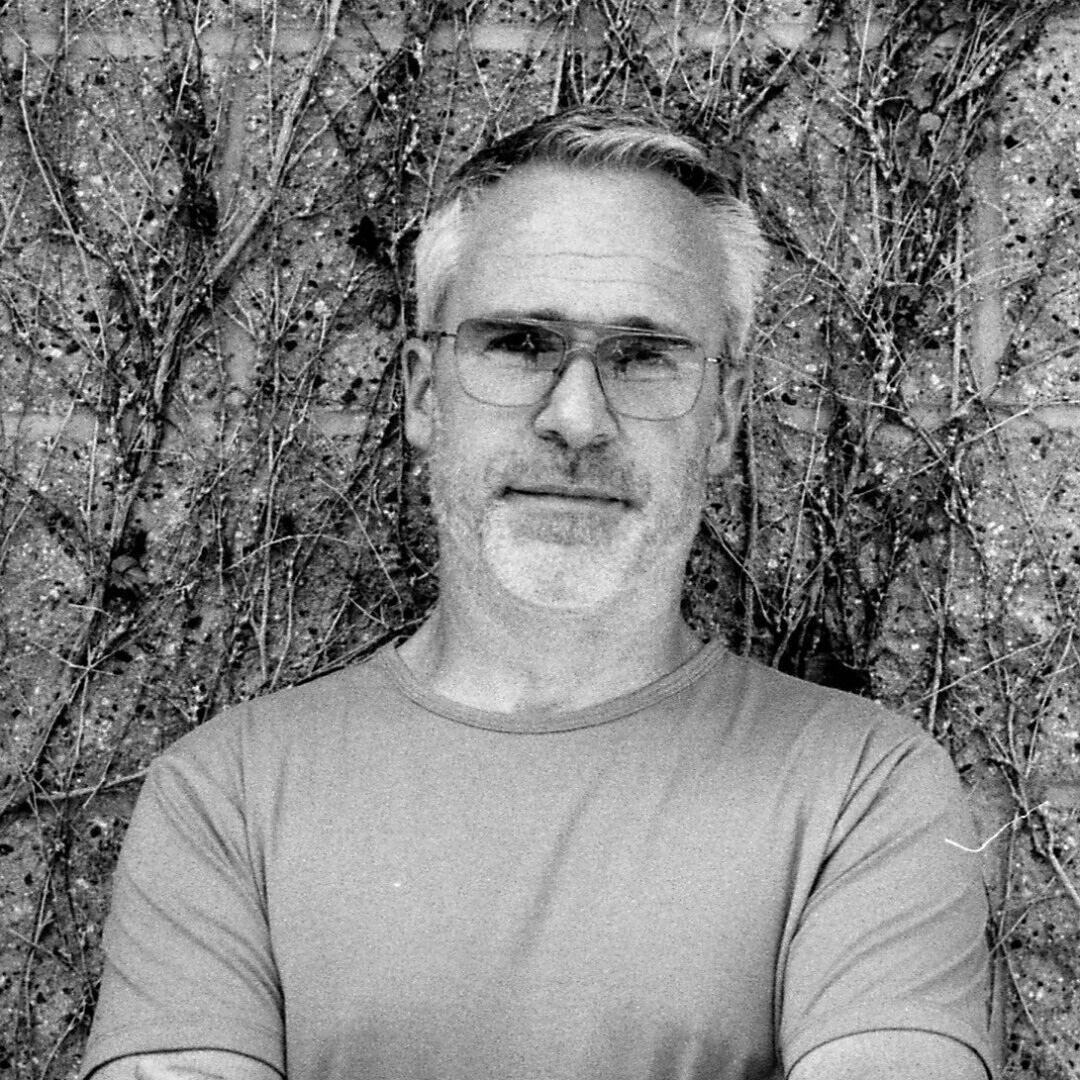 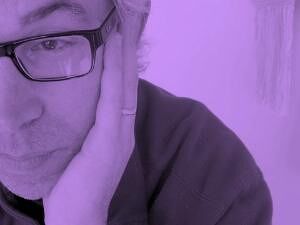 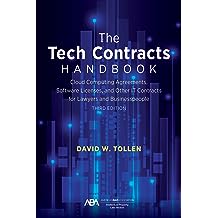 The Tech Contracts Handbook: Software Licenses, Cloud Computing Agreements, and Other IT Contracts for Lawyers and Businesspeople May 15, 2021
by David W. Tollen
( 69 )
$27.39
Now updated and expanded, this simple reference manual and training guide covers cloud computing agreements, software licenses, and other IT contracts. Written in a clear, plain-English style, this bestselling handbook is a complete resource for lawyers, contract managers, procurement officers, and other businesspeople--anyone responsible for getting IT deals done. It's by David W. Tollen, one of the industry's leading authorities on technology contracts.

The Handbook provides guidance on the business issues behind the terms, as well as negotiation tips and sample contract language. And it covers all the key topics in technology contracts.

This third edition gives readers new and expanded best practices for data: for terms on privacy, data security, and control of data--some of the key concerns in IT contracts today. The third edition also takes a closer look at several other terms. But it retains the simplicity and brevity that made The Tech Contracts Handbook a bestseller. Topics include:
You won't find a more accessible, useful resource on IT contracts.
Read more
Other Formats: Paperback
#1 Best Seller 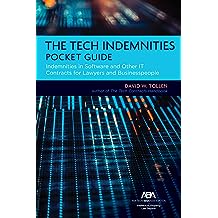 The Tech Indemnities Pocket Guide: Indemnities in Software and Other IT Contracts for Lawyers and Businesspeople Jun 1, 2020
by David W. Tollen
( 19 )
$14.49
Businesspeople and lawyers argue over indemnities more--and understand them less--than any other terms in technology contracts. Few contract-drafters can answer indemnity-related challenges with confidence and clarity, and many accept indemnity terms full of unseen problems and risks. This simple, 45-page guide fills that gap in our knowledge and confidence.

Written by the author of the ABA's bestseller, The Tech Contracts Handbook, this practical e-book gives you the tools to draft and negotiate indemnities in software licenses, cloud computing agreements, and other IT contracts. The Tech Indemnities Pocket Guide uses simple English, without technical or legal jargon, like a good contract. Yet it provides an authoritative, in-depth examination of indemnity clauses--for everyone from the most senior attorney to the most junior contract manager.

The Pocket Guide gives you a critical advantage when negotiating indemnities: knowledge and the ability to boil the issues down to bare bones--to the business issues at stake behind the terms. This e-book covers several core issues, including: 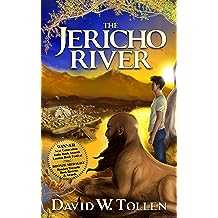 The Jericho River Apr 24, 2018
by David W. Tollen
( 30 )
$5.99
A spellbinding young adult fantasy teaching world history! Jason discovers a magical world shaped by the past and haunted by creatures of legend.

WINNER of the Next Generation Indie Book Awards and the London Book Festival.
BRONZE MEDALIST in the Readers' Favorite Book Reviews & Awards Contest.

History isn't names and dates -- it's an adventure. And so is THE JERICHO RIVER.

David Tollen’s young adult fantasy takes you on a wild ride across the ancient world, the Middle Ages, and much more -- weaving real history and myth into an amazing adventure.

The Jericho River flows through a magical world shaped by myth and history. Young Jason Gallo sails the river on a dangerous quest to rescue his father. He battles minotaurs and pirates, flees barbarians, stumbles into mummies' tombs, and outwits philosophers, fairies, and scientists.

Jason's journey, however, is more than an adventure story. It's an expedition into history. The river flows like a timeline, carrying the young man through past lands -- Sumer, the pharaohs' Egypt, classical Greece, medieval Europe, and more -- winding its way through the ancient Middle East and Western Civilization. Professor Gallo, Jason's father, is a historian, and his notes outline the journey, revealing the truth about Cleopatra, King Arthur, and the fall of the Roman Empire. He explains how a French lawyer's son became king of Sweden, as well as the origins of coffee, the cat, chivalry, the Atlantis myth, and much more.

Will Jason find his father in time to rescue his crumbling family? Or will he be trapped by the past?
Read more
Other Formats: Paperback 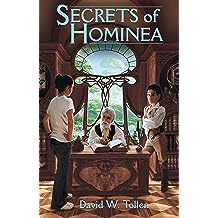 A magical, educational novel that teaches science and history! Ideal for homeschooling, distance learning, and the classroom.

Alison Pulido gets more than she bargained for when she cuts middle school. She follows a strange little man into another world. It’s a beautiful land where evolution breeds mythic people and animals. It’s a realm of satyr dukes and gnome rebels, giant priestesses and dwarf spies, noble unicorns and monster rats, along with cataclysmic floods, stone age battles, and imperial intrigues – all shaped by forces of history and science. Alison learns tales of all these wonders from her little man and his scholar companion. But Hominea is no safe place for a young Homo sapiens. Soon, Alison finds herself caught up in the other world’s struggle: in the battle between truth and ignorance.

SECRETS OF HOMINEA educates and entertains middle school readers, along with 4th and 5th -graders. Teachers and parents will love the educational resources, including questions for discussion and reading guides.

Come follow Alison through the portal and into this magical other world …
Read more
Other Formats: Paperback