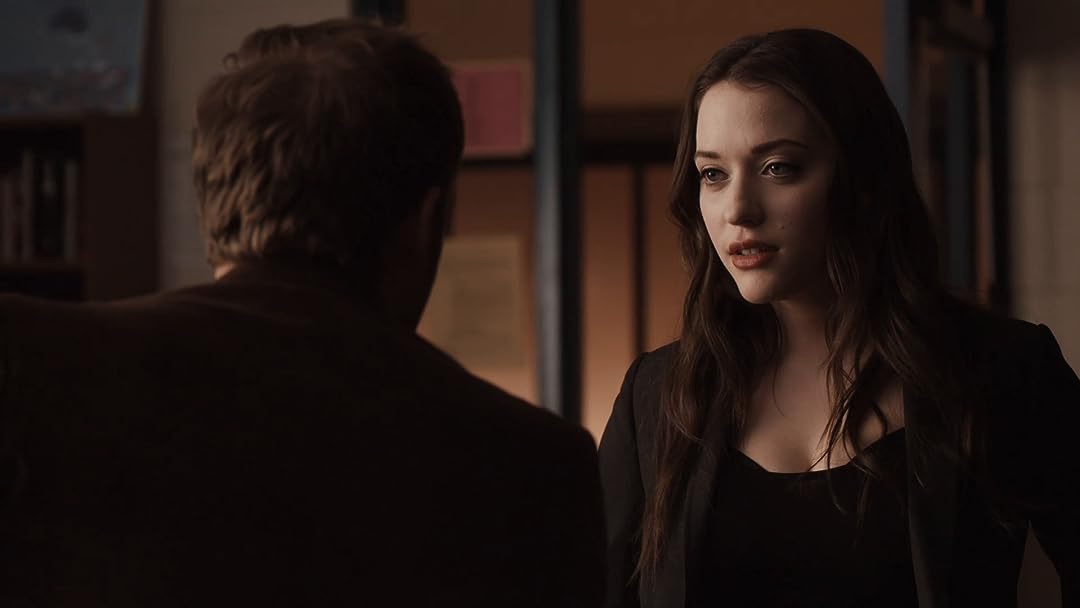 (180)
1 h 38 min2010R
Seventeen-year-old Caroline (Kat Dennings) finds herself entangled in a love triangle between her classmate and her high school teacher (Josh Lucas).

Katherine LloydReviewed in the United States on September 13, 2021
4.0 out of 5 stars
its free on prime. worth the watch and decide for yourself.
Verified purchase
I read the reviews and did not watch this at first. Out of boredom and curiosity about the split reviews I gave in.
It is not the best movie I've ever seen but it was pretty damn good. There are parts that could have gone stray towards the cliche but the story weaves in and out of different storylines, different emotions from the characters experienced by different age groups. Its not just about teen angst, while that drives the story it also takes shape around the lives of the families, teachers, friends, siblings..the unforgettable moments of high school and those broken hearts but also the hearts of all ages. It really wasn't even that dark but definitely different. But It stays pretty close to the surface--never getting that deep. Im not sure what people expected. I also wonder if those pointing out how unrealistic scenarios were watch every single movie in search of factual accuracy, picking every detail apart..it must be exhausting. I mean, when I start a movie that is based around high school, generally speaking, im not expecting genius. That being said, it was different then any others I've seen so yeah give it a shot.
2 people found this helpful

Lawrence RobertsReviewed in the United States on November 22, 2021
3.0 out of 5 stars
A good movie. Entertaining, well done. Watch it, enjoy it. However, it is not a morality play.
Verified purchase
I read all the negative reviews and almost did not watch it. But, it seems they must have watched something else. No, this is not a classic, but the acting is quite good and it has several subplots woven together. I can't give it four stars because it does not deal with many of the human flaws, societal attitudes, it raises, and it only probes the two lead characters in any depth. I loved Carolina’s character, admired Thurston, and had more than a bit of contempt for Mr. Anderson, the teacher who was sleeping with her. I also loved that they kept the serial killer as a subplot, and did not build all of the story around him. Yeah, he was there, and yeah fear of him was starting to build, but it was not a story about a serial killer. Carolina and Thurston both grew substantially in a coming of age way, and that was enjoyable. Mr. A was dishonest, exploitative, and insecure, and he never got the punishment or contempt he deserved in the movie. Yes, Carolina was precocious and sexually experienced beyond her years, but she still was a teenager, and Mr A not only (literally) jumped on the opening she gave him, he became possessive of it. In the end his addictive lust for Carolina was not ended by remorse, regret, or the punishment he deserved, but by the quite attractive gym teacher who was his age and had always been attracted to him. They could have made a much better story by using her as a conflict for him, as they used Thurston as a source of conflict for Carolina. Yeah, the confluence of everything coming out ok at the end was a bit too much, but I felt better after watching this ending than the endings in Before the Dawn or A Minute of Silence which also involved teacher-student love affairs. It is not meant to be an in-depth exploration of serial killers, student-teacher affairs, the carelessness of teen agers, nor a tragedy built around any or all of them. It is meant to be entertainment, and I think that they did not try to make this a morality play makes it more enjoyable, not less.

TBReviewed in the United States on October 30, 2020
1.0 out of 5 stars
Unrealistic characters
Verified purchase
Since when does a teacher sacrifice his career by allowing a manipulative underage slut to come onto him in the classroom? A teacher wont dare have meetings with a female student without having at least one other teacher in the room at the same time. Really stupid writing. The characters in this movie are all unrealistic. And who was the adoring blond girl who suddenly appeared at the end who was in love with the heartbroken teacher? Where did she come from? And all this interspersed with wheezy, half-dead indy vocals. When did music become so pathetic?
2 people found this helpful

Megan DoolanReviewed in the United States on October 17, 2018
4.0 out of 5 stars
Great weird movie
Verified purchase
This movie is great if you're into weirder movies. It is a weird mixture of teenage romance, murder, rebellion, and coming of age. It is honestly just a true deep look into people's lives when they are dealing with death and love and depression. The actors are incredible and tell the story really well and I highly recommend this movie if you are really going to be open minded and non judgmental.
8 people found this helpful

David CuzickReviewed in the United States on November 23, 2020
2.0 out of 5 stars
Watch it if you have nothing better to do
Verified purchase
Honestly, the only thing holding anyone's attention here is the pretty girl; the main character. Otherwise, this flick was cliché, conventional, and contrived. So much so that I didn't even bother to learn her name. Whatever. It passed the time during Covid.
2 people found this helpful

JReviewed in the United States on February 26, 2021
3.0 out of 5 stars
downer except last five minutes
Verified purchase
The story is pretty depressing, but the characters, who are mostly hard to like or respect, suddenly get redeemed in the last several minutes. It seemed artificial, and it's unfortunate because there was much good acting.
One person found this helpful

StephanieReviewed in the United States on December 15, 2016
5.0 out of 5 stars
Excellent Movie.
Verified purchase
I enjoyed this movie. While I didn't think this would be something for me, it definitely caught my attention and had me intrigued for the entire time. Kat Dennings and everyone involved did a very good job. I'll definitely have to rewatch it again sometime soon.
5 people found this helpful

starsagaReviewed in the United States on April 4, 2020
1.0 out of 5 stars
same old story
Verified purchase
there's absolutely nothing original about this....why bother?
One person found this helpful
See all reviews
Back to top
Get to Know Us
Make Money with Us
Amazon Payment Products
Let Us Help You
EnglishChoose a language for shopping. United StatesChoose a country/region for shopping.
© 1996-2021, Amazon.com, Inc. or its affiliates