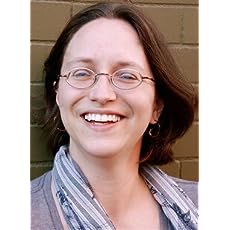 De Kenyon likes to cook and eat weird food that tastes good but grosses people out when they find out what's in it, like chocolate truffles with fish sauce, fish heads, or tongue sandwiches. She lives in Colorado with her husband and daughter. Her latest book for kids is Guinea Pig Apocalypse, a tale of adventure, mad scientist parents, and giant guinea pigs. You can find out more about her at www.WonderlandPress.com.
Read more 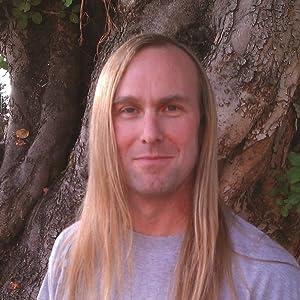 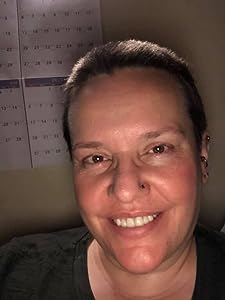 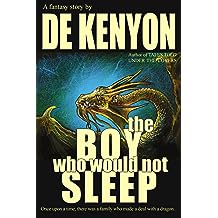 The Boy Who Would Not Sleep Dec 28, 2013
by De Kenyon
( 9 )
$0.99
In the woods, Nickolas’s father tells him stories to pass the time as they cut down trees...but one story, he won’t tell. Not until Nickolas grows old enough to hear it. Finally, the time comes: the men in Nickolas’s family were always good at cutting things, but in older times, they were too good, and did monstrous things, eventually angering a local dragon.

The dragon cursed the men of their family to fall into a deep sleep that lasts from fall to spring, like a bear’s. And in their dreams, they must serve the dragon.

More than that, Nickolas’s father will not say.

Now, Nickolas is eating enough for many men...and getting sleepier with every step. The townswomen think it’s funny, but Nickolas has made up his mind: he will not sleep.

No matter what the cost.
Read more 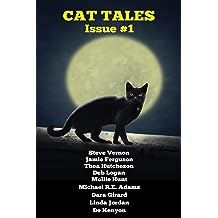 Cat Tales Issue #1 Feb 25, 2019
by Steve Vernon, Jamie Ferguson, Thea Hutcheson, Deb Logan, Mollie Hunt, Michael R.E. Adams, Dara Girard, Linda Jordan, De Kenyon
$2.99
No matter where you are, no matter what you are doing - cats are always watching you. Even when you think that cat is totally ignoring you, that cat is watching.

Do you own a cat or better yet do you THINK that you actually own one? Take a quick look, and see if that cat doesn't flick one ear, or twitch their tail, or even briefly cock one vertical eye into a kind of a gun-slit winky-peek radar-honing right in your general direction - while all the while letting on like that cat doesn't even notice you.

So, seeing that your cat is doing all of that watching, maybe you had better grab yourself a look at these nine magical cat tales. Read them to yourself or better yet read them aloud to your cat and see if you can't irritate one of those low and rumbling growls of indignation that only cats can seem to make happen.

"In ancient times cats were worshiped as gods; they have not forgotten this." - Terry Pratchett

"The problem with cats is that they get the same exact look whether they see a moth or an ax-murderer." - Paula Poundstone

"When my cats aren't happy, I'm not happy. Not because I care about their mood but because I know they're just sitting there thinking up ways to get even." - Percy Bysshe Shelley

"Kittens are born with their eyes shut. They open them in about six days, take a look around, then close them again for the better part of their lives." - Stephen Baker
Read more 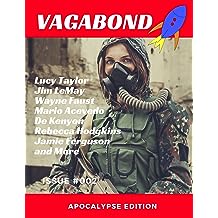 “Deathball: Hunt For The Playoffs” by Charles Eugene Anderson.
“And Then What?” by Denise E Dora.
“More Precious Than Gold” by Wayne Faust.
“The Working Class” by Rebecca Hodgkins.
“King of Cats” by De Kenyon.
“Last Song on the Titanic” by Mario Acevedo.
“Flex Time” by Richard E Friesen.
“Shelter From The Storm” by Shannon Lawrence.
“Scavengers” by Russ Crossley.
“A Fairy Rainbow” by Jim LeMay.
“After” by Jamie Ferguson.
“Spindle Worms” by Lucy Taylor.
Read more
Other Formats: Paperback 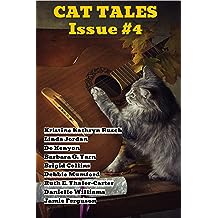 Cat Tales Issue #4 Mar 31, 2019
by Steve Vernon, Kristine Kathryn Rusch, Linda Jordan, De Kenyon, Barbara G.Tarn, Brigid Collins, Debbie Mumford, Ruth E. Thaler-Carter, Danielle Williams, Jamie Ferguson
$2.99
Grab a copy of NINE of the wildest and weirdest cat stories that you have ever come across. Fantasy, mystery and true-to-life tales of cat wonder. You will laugh, you will cry, and your cat will wonder if it is time to put you down and call you breakfast.

"The problem with cats is that they get the same exact look whether they see a moth or an ax-murderer." - Paula Poundstone

"After scolding one’s cat one looks into its face and is seized by the ugly suspicion that it understood every word. And has filed it for reference." - Charlotte Gray

"Cats are intended to teach us that not everything in nature has a purpose." - Garrison Keillor

"A cat will purr when it is angry, or happy, or sad - and you will NEVER freaking know the difference - until it is too freaking late." - Steve Vernon 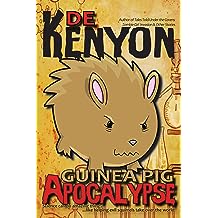 Until they day that one of their inventions goes completely out of control: a matter replicator in their basement that is designed to turned sewage into more useful biological materials. The replicator is now stuck on the “guinea pig” setting and things are getting out of control as thousands of guinea pigs erupt from Galileo’s basement and start taking over the neighborhood.

But that’s not the worst of his problems.

He can’t find his parents.

Nobody else can help.

And a group of evil squirrels is looking to steal the replicator and build an evil squirrel army to take over the world! 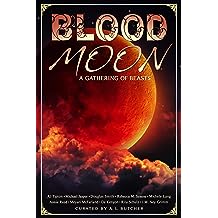 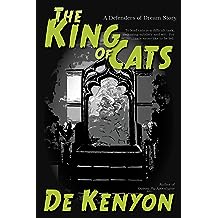 Ferntail the cat and his friends have been summoned to the capital of dreams. Why? No one explained, but it seemed foolish to decline. Perhaps the King of Cats would like to recognize them for their brave and valiant deeds.

Or perhaps the King of Cats needs their help.

The nearby Kingdom of Mice has been overthrown, and suspicions abound. Who is undermining the land of dreams?

Only Ferntail can find out.


A Defenders of Dream story: 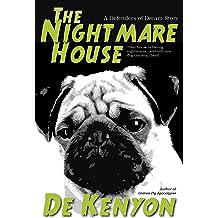 Ferntail the cat is quite proud of being the guardian of young Jaela's dreams. But he can do nothing about the nightmares that the house is giving the whole family.

For that, a dog must be called in.

But when the dog arrives, he isn't the big, tough German Shepherd or Rottweiler that Ferntail hopes will be able to bring the house back into line...but a completely ridiculous, panting, fat-cheeked,annoying pug puppy.

The only question is:

Will Ferntail or the house get him first?

A Defenders of Dream story:

The Society of Secret Cats
The Nightmare House
King of Cats 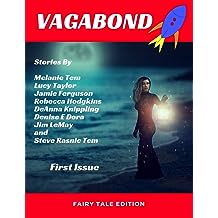 Eight talented authors explore what these words mean to them in stories ranging from the silly to the sublime.

Join us for the first exciting issue in a new quarterly speculative fiction magazine.

Be sure to look for Issue 002: Apocalypse Edition, coming soon!
Read more
Other Formats: Paperback 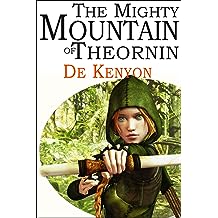 The Mighty Mountain of Theornin Dec 28, 2013
by De Kenyon
$0.99
Astra knows what she’s good at: thieving, tricking, and hitting people with rocks. Especially the mayor’s bullying son, after he makes fun of her. She also knows what she’s not good at: being a girl. Not the kind of girl that lives in the tiny mountain village of Theornin, anyway.

So logically that means making Wizard Jorphen change her into a boy. 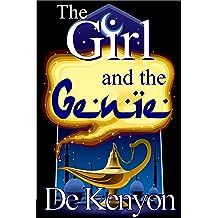 The Girl and the Genie Dec 28, 2013
by De Kenyon
( 1 )
$0.99
In this fairy tale, a girl finds a magic bottle with a genie inside (she can tell there’s a genie inside, because she can see it having adventures), but the genie won’t come out to give her wishes. What does she do? She goes inside...

Like a story from The Arabian Night’s Entertainment, the girl has to travel far, posing as a traveling teacher (of things like math problems and standing in line), making friends with some curious demons, and surviving a revenge that was meant for someone else before she finally gets the genie to give her at least one wish. 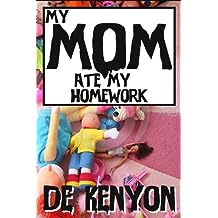 My Mom Ate My Homework Dec 28, 2013
by De Kenyon
$0.99
Aya's mom just told her to pick up her stuff for the 1,001th time...she was almost going to pick it up for reals, but then her mom gets turned into a cleanicidal vacuum cyborg. And now Aya's almost late for school...
Read more