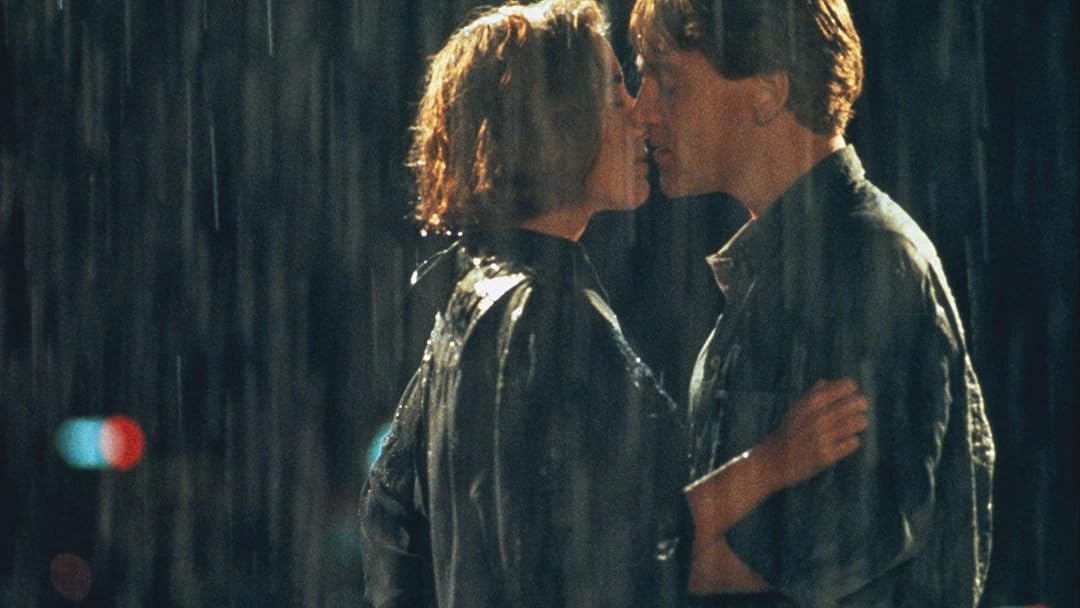 Nick ZegaracReviewed in the United States on July 10, 2021
2.0 out of 5 stars
ANOTHER MONEY-GRAB from PARAMOUNT via VIAVISION
Verified purchase
When ViaVision announced its 'premium' label - Imprint - for rare and hard to find movies on Blu-ray, I was initially ecstatic. Alas, that hope and promise evaporated when 'Imprint' merely became a dumping ground for studios to chuck catalog on the market without doing anything to actually ready the images for hi-def. Owing to Dead Again's more recent vintage, the oversights are not as egregious. But they are still there. This one remains contrasty, with problematic black crush and softer than anticipated fine details. The montages are a grainy mess. Colors are anemic at best. Color balancing seems off too. I'm tired of shelling out big bucks for crap. Either take the time to clean-up and remaster these movies for actual hi-def or just forget about releasing them to disc, just to check them off as 'mission accomplished' film fodder of the lowest technical order!
9 people found this helpful

RimaReviewed in the United States on August 7, 2018
5.0 out of 5 stars
Great modern film noir
Verified purchase
One of my fave movies! A great suspense thriller that uses black and white very effectively and elegantly to show the past and color to show the current time period. Great cast. Robin Williams has a brief but effective role. Kenneth Branagh's American accent is nearly flawless. It took a whole minute to realize he plays both characters, Mike and Roman. And what a character Roman is. Emma T looks lovely and is very expressive despite having pretty much no lines for the first several scenes. Andy Garcia is great to watch and his scenes with Emma T sizzle. But the film belongs to the romance between the central characters - wonderful operatic music that soars and ebbs as the lovers quarrel and make up.
23 people found this helpful

Ron BlachmanReviewed in the United States on December 19, 2020
2.0 out of 5 stars
Such an awful mash-up it is morbidly funny to watch
Verified purchase
How do you take Kenneth Branagh, Emma Thompson, Derek Jacoby, Robin Williams and Andy Garcia and still make an awful movie?
Let's start with the culinary equivalent of making this film: Get a beautiful dry-aged Waygu rib-eyes steak; then, a big, fresh Italian Alba truffle;; find the most beautiful extra-virgin olive oil you can; Next, a bottle of Romanee Conti, make it a good one from one of the better 90's vintages. Now put it all in a blender with some Cheetos, a can of Schlitz and a couple of Slim-Jims. Serve from a great distance.
Everything seems borrowed and mashed-up it is Vertigo and Psycho and Gaslight and Gentlemen don't wear Plaid and The Big Sleep and LA Story all cobbled together. This is so derivative that Branagh borrows some of the musical score from his own production production of Henry V. He and miss Thompson struggle badly to "sound American". He sounds like he's auditioning for Leave it to Beaver; she sounds like she's in a Frankie-and-Anette beach movie.
The only way this movie could have been worse would have been to make it longer.
And yet I watched...it is actually an accomplishment of sorts; I feel like I just parked alongside the highway to watch a semi collide with a school-bus and stayed to watch the ensuig fire.

Amazon CustomerReviewed in the United States on December 19, 2020
4.0 out of 5 stars
Dead Again is a personal fav of mine
Verified purchase
For me Dead Again is one of those movies that I pull out every few years and rewatch and it never gets old. There are certain scenes that give me chills every time. I have introduced several friends to the movie. They usually say that they've never heard of it, but they end up loving it.

Dead Again is one of the most Hitchcockian movies made after Hitchcock's passing. It is stylish, entertaining, and full of surprises. It's a neo-noir mystery, a supernatural thriller, and an endearing romance all at the same time.

Monte60Reviewed in the United States on January 22, 2021
5.0 out of 5 stars
Excellent, Wonderful, Crazy Very Unexpected Twists!
Verified purchase
Bought a few extras of this one at this price...had them mailed to friends, all Loved it...a 1991 film that many haave not heard of...REALLY excellent cast (even Andy Garcia) it just goes on fast with some much to see and think about! One of the best "Murder Mysteries" you'll see...amazing whoever wrote this one with an equally talented cast, just but it and a couple more after you see it! Will NOT disappoint !
5 people found this helpful

TigerlillyReviewed in the United States on November 12, 2018
4.0 out of 5 stars
Definitely Recommended
Verified purchase
I was lucky enough to see this in the theater when it first came out and was immediately drawn in by the tense music and newspaper clippings rolling across the screen during the opening credits. I continued to be drawn in by the quirky story about reincarnation and hypnosis, the glamorous scenes from the 40's intermingled with a modern day meet cute romance, the sense of humor, and all the twists and turns.
This is the first time I've seen this movie in 17 years and although it didn't give me the same thrill as the first viewing, (does a second viewing ever really?) it stands the test of time and is still highly enjoyable movie.
9 people found this helpful

Elle Shopper LadyReviewed in the United States on July 22, 2018
5.0 out of 5 stars
A quality job from a quality team - literally, "good show"
Verified purchase
Such fun to immerse in the story and I love happy endings! I am delighted with ME re this film, because I’d seen it before and vowed to forget its details so I could enjoy it again….YES _ I did and it worked. Good Show!

Technically there is always room for improvement, but most of it was fine, just the way it was.

The remastering should have dazzled though - not the fault of the original crew in any way.

I buy everything Branagh / Thompson - I grieved when their time was done and they had to move on. It's just that they do a good job and this film is no exception. I bought “Death on the Nile” and it is spectacular but my favorite will always be Branagh/Thompson’s “Much ado about nothing” ….sheer joy! I bought the dvd and will watch it to help get us over covid. I’ts that good a health and life thing!
4 people found this helpful

janice s.Reviewed in the United States on May 14, 2022
2.0 out of 5 stars
First 15 minutes. So far problematic.
Verified purchase
I almost gave up after 3 minutes of titles, even though they told the story. Too long.
Why unnecessary distractions, such as grotesque raw meat bodies in near background and guy parked on the wrong side of the road and then pulling out without looking? These are like tics or Tourette's symptoms. Also, the nun couldn't be more un-nunlike! I have actually never seen a decent depiction of a nun in film. The, excuse me, idiots who direct couldn't possibly know what it means to be a nun, to go through the years of self abnegation and prayer and spiritual life, but why don't they do a little research?
One person found this helpful
See all reviews
Back to top
Get to Know Us
Make Money with Us
Amazon Payment Products
Let Us Help You
EnglishChoose a language for shopping. United StatesChoose a country/region for shopping.
© 1996-2022, Amazon.com, Inc. or its affiliates