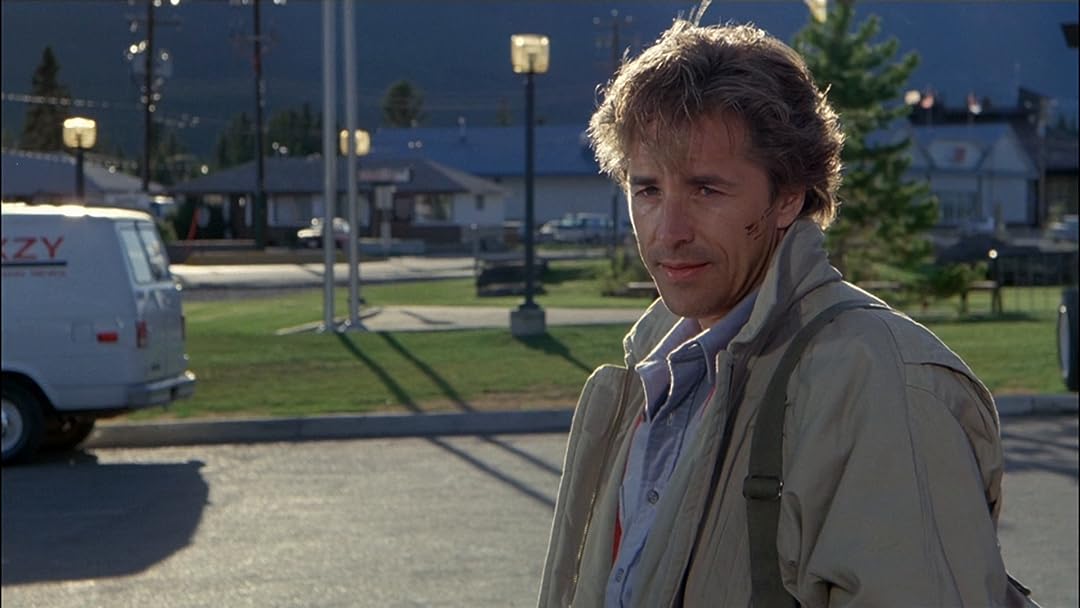 (415)6.11 h 41 min1989R
Heartthrob Don Johnson stars in this fact-based action thriller as a dedicated L.A. homicide detective who, while investigating a routine murder, stumbles upon a frightening conspiracy.

Tom FuleryReviewed in the United States on July 11, 2020
4.0 out of 5 stars
Raw action rogue cop movie with a refreshing angle
Verified purchase
A better than average out-of-control-cop movie, which would normally put me to sleep, since how many kinds of car chases. shootouts, explosions, wrecks & fight scenes have I seen on TV already? Hundreds? Thousands?

However, this movie has a very refreshing twist in that Johnson plays a badass cop who whups up on creepy white-supremacists—instead of giving them a pass, which the police tend to do now under Trump.

I dislike pointless violence, but I never get tired of watching racist creeps get their butts kicked. But then, kicking white-supremacist booty isn't pointless, it's a worthwhile, socially constructive activity.

I've liked Don Johnson ever since I saw A BOY AND HIS DOG, a darkly funny surreal sci-fi satire. His work always seemed to have more complexity and humor than plywood tough guys like Willis, Eastwood, Stallone, Norris, Segal, Van Damme, Schwarzenegger, etc, who just seem to be all ego, with no depth or humanity.

This is a well-produced movie, much better than most action flicks. It's directed by the great John Frankenheimer (The Manchurian Candidate, The Birdman Of Alcatraz, et al) with an A-list cast, a very good script, fine camerawork, '80s soundtrack and all.

Not only is this a very good action movie, it actually makes a very worthwhile statement about white-supremacy, which today has become a critical problem, just as this movie predicted it would become.

David LuceroReviewed in the United States on December 15, 2017
5.0 out of 5 stars
A Top Notch Action Film!
Verified purchase
Saw this movie years ago and enjoyed it very much. After 20-plus years I ordered on Amazon Prime, then decided to buy the DVD.

Jerry Beck is a burnt-out cop. He's broke after a bitter divorce, his wife won't let him see their kids, and he gets about every dirty job you can think of on LA police homicide. When a cop is killed in Bakersfield by a young man who robs and shoots a convenience store clerk, Beck is called in to find the killer. His efforts lead him to Robert Bobby Burns, a loser who could've made a name for himself had he chosen the right steps. With an IQ of 130, he allows his strengths to be focused on his feelings of race.

Burns and his gang of cronies travel from LA to Oklahoma, murdering anyone for cash to pay their way. Their plan is to unit with similar groups looking to dominate America with white supremacist groups. Beck follows lead after lead, and quickly learns Burns and his group are supported by influential Americans, people with means who believe in similar cause.

With the aid of an FBI agent who doesn't appreciate Beck's 'finer' qualities, they embark on a race to stop this small band of murderers from uniting people with the goal of over-throwing the U.S. Government and turning America into a one-race nation.

Don Johnson is well-suited for this role, but I believe he didn't receive deserved credit for his portrayal of Jerry Beck due to him being stereotyped from his 'Miami Vice' days. Director John Frankenheimer proves once again he's a master movie-maker. Chase scenes are reminiscent of previous films made famous with tongue-in-cheek action. Based on true events, this film is far better than movies of today which focus on unbelievable action, explosions and so forth.

Ted Reid from 'WKRP in Cincinnati' has a profound role as police captain of Oklahoma, who assists Beck. He doesn't appear toward the end though. William Fichtner is fine as the by-the-book FBI agent, who clashes with Beck's abrasive behavior and bad language. Penelope Ann Miller has a small role of a woman with a motive, who seduces Beck, and Frank Military as the murderous Bobby Burns is in top form as the white supremacist willing to fight and die for what he believes in. If you enjoy action movies based on real-life events, you'll enjoy this all the more even by today's standards.
5 people found this helpful

Daniel LReviewed in the United States on February 13, 2020
5.0 out of 5 stars
Great characters, nearly non-stop action
Verified purchase
I don't like a lot of action flicks but "Dead Bang" is well-developed on characters. None better than Don Johnson who plays an alcoholic detective trying to track a neo-Nazi group that hardly anyone else is willing to acknowledge exists. He's soon teamed up with a straight-laced Christian FBI agent played by William Forsythe and the pursuit is on. Directed by John Frankenheimer.
2 people found this helpful

Paul S. PersonReviewed in the United States on August 4, 2019
2.0 out of 5 stars
Badly Done
Verified purchase
This film crystalized something for me: my First Rule of Book Adaptations applies to films "based on a true story" as well.
And that rule is:
It must be a good movie.
If it is not a good movie, it doesn't matter how closely it follows the book or the true story, because, if it is not a good movie, nobody's going to want to see it.
And this is not a good movie, starting with Don Johnson as a /most/ unimpressive action hero. Or whatever he was supposed to be.

R. L. HumeReviewed in the United States on June 19, 2014
5.0 out of 5 stars
Tenacity triumphs . . .
Verified purchase
A detective with personal problems is a cliché more often than not either overplayed or underplayed. In this case the story strikes just the right balance so you know what sort of person the central character is when he ignores his own problems to find the suspect he believes murdered a police officer. He pursues his suspect cross country through a maze of neonazi connections that draw the reluctant attention of the FBI. To me it’s an interesting storyline that strikes just the right balance between enough action and too much action. The plot is never overpowered with action that seems out of place or exaggerated. A solid cop story.
10 people found this helpful

rkenterReviewed in the United States on December 25, 2005
4.0 out of 5 stars
Pretty Good, Not Bad at ALL !
Verified purchase
Don Johnson plays Jerry Beck a tough cop who doesn't play it by the book everytime. He's got an arduous task of tracking down & bringing to justice a group of white supremists who are responsible for knocking down among other things a black store owner, a hispanic restaurant owner and also kill a cop in the process. His obsessive chase takes him far & wide across the country until he hits the mountain plains of Denver ( Canadian location used cleverly instead of the mile high city ) . The climax especially with an unhelpful FBI agent leads him to an isolated church where the final action takes place. Without doubt the last 25 mins or so, is excellent action and veteran director John Frankenheimer shows an eye for DETAIL ! Don Johnson does full justice to his role with some clever humor thrown in as well. The editing and cinematography is sharp and one definite plus point is the music of Gary Chang.
14 people found this helpful
See all reviews
Back to top
Get to Know Us
Make Money with Us
Amazon Payment Products
Let Us Help You
EnglishChoose a language for shopping. United StatesChoose a country/region for shopping.
© 1996-2021, Amazon.com, Inc. or its affiliates