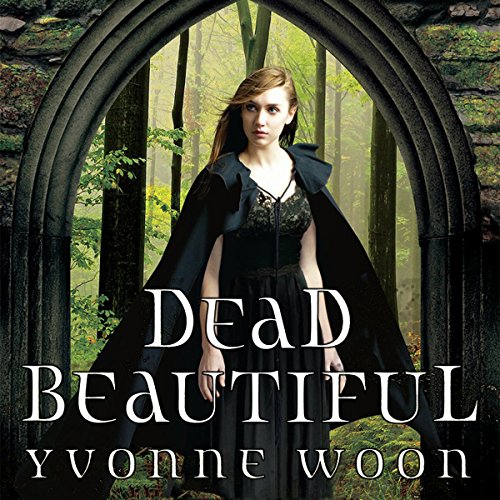 4.5 out of 5 stars
4.5 out of 5
157 global ratings
How are ratings calculated?
To calculate the overall star rating and percentage breakdown by star, we don’t use a simple average. Instead, our system considers things like how recent a review is and if the reviewer bought the item on Amazon. It also analyzes reviews to verify trustworthiness.
Top reviews

PamM
4.0 out of 5 stars Great start to a series!
Reviewed in the United States on August 8, 2014
Verified Purchase
Renee has a normal life just like any other teen. She has the eye of the guy she likes on her and they are just beginning to talk. She has great friends and a loving family. On her sixteenth birthday that all changes. She finds her parents dead in a forest. They say they both had heart attacks but she notice strange things about their bodies. Now she is moving in with her estranged grandfather and about to start a new school. At Gottfried Academy she sees this school is a little different than others. She makes some friends and even manages to catch the eye of Dante. As they begin a somewhat friendship she notice more and more strange stuff at the school and more about things about her self. This isn't a normal school and as she is about to find out she isn't normal her self. Every secret she learns just opens up more questions. Dante isn't everything he seems as well but as they fall in love she won't give him up.

I really enjoyed this story as it is dark and mysterious. The academy and her grandfather's place seem gloomy to me. Renee does good adjusting to the changes in her life. She and Dante grow close even when he tries to keep his distance. He is always cold and is part of a different group than she is. He always seems to know what she is thinking. He seems sweet and he tries his best to protect her and while he does keep secrets from her he has to. Renee isn't one to let things go and keeps digging till she gets the answers she needs. The book has a lot going on with surprises and turns. I love Renee and Dante together as well as getting to know others in this book. The ending I didn't see coming. If you want a darker YA paranormal that is a joy to read try this one.
Read more
One person found this helpful
Helpful
Report abuse

Kim Deister
3.0 out of 5 stars 3.5 mugs
Reviewed in the United States on August 27, 2013
Verified Purchase
Dead Beautiful is the first of a new series by the same name, a YA novel that centers around the undead. Not zombies, not vampires, but the Undead. Having had my fill of vampires for the moment and wondering what being Undead entailed, I was interested!

Renee has lost both of her parents in a mysterious death and is shipped off to live with her grandfather, a man who seems cold and elusive and someone she doesn't even really know. He ships her off to a very Gothic and exclusive, and mysterious, private boarding school... Gottfried Academy. This is where Renee meets Dante and the attraction and the mystery and the intrigue begins.
Dante was a great character, but I didn't initially get that Book Boyfriend feel for him, that I wished real guys were like him. Over the course of the story, though, he grew on me. For the most part, I enjoyed Renee, although there were times where she came off as so rude and so obnoxious that it was hard to care about her.

I loved the story and its premise, but there were aspects to it that seemed very "YA paranormal romance" cliché to me which kept me from giving it a full 4 mugs. It got a little too simpering and sappy for me at points. There was definitely a bit of the Twilight goes to Hogwarts feel to it. Although I am a Potterhead, it is a whole different beast when in the context of Harry Potter. Despite these things, I enjoyed the story enough that I want to read the next in the series, Life Eternal.

Things to love about Dead Beautiful...

--The Undead versus Zombies. I have a questionable relationship with zombie fiction... some I love, some I hate, some just creeps me out. While there are definite zombie aspects to this, it is clearly pointed out that the Undead are not zombies.

Things I wanted more of...

--Well-rounded, likable characters. I wanted Dante to be a bit warmer (ironic, I know) and Renee to be a little more compassionate.

My recommendation: A good read, but one that I hope is improved upon in the next book,
Read more
Helpful
Report abuse

Nori's Closet
4.0 out of 5 stars So much better than I thought!
Reviewed in the United States on February 8, 2012
Verified Purchase
It's about Renee Winters. The book starts on her 16th birthday. She's in the car with her best friend, leaving the beach, when she senses something and has her friend pull over. She then runs through a forest, sensing that she needs to, and comes across the dead bodies of both her parents. And even though both her parents had coins on their eyes, and gauze in their mouths, their deaths were determined to be heart attacks.

Renee is then taken in by her wealthy grandfather (who had had a falling out with her parents many years earlier). And he sends her to Gottfried Academy, a fancy boarding school with strict dress codes, no electricity(!), and rules prohibiting any dating amongst the students. Renee is upset about her parents and knows something does not add up about them both dying from a heart attack at the same time. She soon learns that a student at the academy died the previous year, also from a heart attack, and goes on a hunt to find a connection.

Renee has a habit of getting into trouble at school and is continuously found outside of her dorm with Dante, the boy she falls head over heels for. He's very lonely and almost never speaks to anyone, but immediately befriends Renee, and their connection is strong from almost the first day. He tutors her in Latin, and while she starts to fall for him, she also comes to realize how strange he is. Renee never really gets punished for all her late night escapades (searching for clues and spending time with Dante) because the teachers all seem to love her for the skills she has in her horticulture class, which is all about digging, planting, and finding the right soil. Renee is also very good at finding dead animals. They seem to turn up throughout the whole book.

The book in large part is about murder and mystery, and discovering why so many people around the academy seem to die from heart attacks. It does have a lot of soul mate type romance, but it gives new meaning to the term, soul mate. By the time, I'm almost positive this is another vampire series, I find out that it's much more complicated than that. I might be spoiling things a little, but I feel I need to in effort to describe what makes the book unique amongst other supernatural YA books. Dante isn't a vampire; he's undead (sort of a mix between a vampire and a zombie). And the reason he is undead is because he died before the age of 21. Anyone who dies before they are 21 (aka: still a child), will come back to life if not buried under ground. And when they come back, they come back with almost no feeling (not taste, no smell, etc.). They don't eat or sleep, and they generally just feel empty because they are missing their soul.

When a child dies (who's not buried), their soul goes to someone being born at the exact moment of their death. And the myth is that if the undead child finds the new person who has their soul, and kisses them on the mouth, they will then get their own soul back, and another chance at life. But no one in all of history has been able to track down their soul. And to live longer than the 21 empty years granted to undead children, the undead can kiss anyone on the mouth, steal their souls and kill them, so they can live just a little bit longer.

Once Renee learns about the undead, I knew it described Dante, and I knew that she must have had his soul. The headmaster asked about her birthday earlier, and I was able to put two and two together way faster than Renee. But, that is okay. All this myth, all the mystery, all the new undead plot line, was so different and fun that Renee's slowness didn't really bother me too much. There's a lot of history mixed in with myth here. I loved learning along with Renee about the history of burial. I loved reading what past philosophers said about immortality. I loved the concept of the school. I loved how similar Dante and Renee were, and how well they balanced each other. I enjoyed reading about Renee's friends. And I found all the details about burial so fascinating and unique.

I didn't originally think I was going to like this book because of the very rushed beginning. The scene where Renee finds her parents happened too quickly. I wanted more detail, more feeling about how exactly Renee felt to discover her parents. Instead that part was kind of summarized. And while Renee thinks back on that moment a lot in the future, I feel like that scene was too good and too important to rush over like that. I mean discovering the dead bodies of your parents is a YA gold mine. Why fast-forward to after the funeral?

But, I did end up loving this book. Though, I do think the main characters not being able to kiss each other on the mouth is a little overdone. It was not what I was expecting. It was so much better than what I was expecting.
Read more
One person found this helpful
Helpful
Report abuse
See all reviews

Jbean
5.0 out of 5 stars Brilliant!
Reviewed in Australia on July 15, 2021
Verified Purchase
Like nothing I have read before. I’m so enthralled by this book. I’m really enjoying how different it is. On to the next one in this series.
Read more
Report abuse
See all reviews
Back to top
Get to Know Us
Make Money with Us
Amazon Payment Products
Let Us Help You
EnglishChoose a language for shopping. United StatesChoose a country/region for shopping.
© 1996-2021, Amazon.com, Inc. or its affiliates