A Dead Guy at the Summerhouse and millions of other books are available for Amazon Kindle. Learn more
Share <Embed> 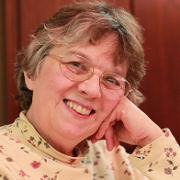 by Marian Allen (Author)
4.3 out of 5 stars 6 ratings
See all formats and editions
Sorry, there was a problem loading this page. Try again.

Page 1 of 1 Start overPage 1 of 1
Previous page
Next page
Start reading A Dead Guy at the Summerhouse on your Kindle in under a minute.

4.3 out of 5 stars
4.3 out of 5
6 global ratings
How are ratings calculated?
To calculate the overall star rating and percentage breakdown by star, we don’t use a simple average. Instead, our system considers things like how recent a review is and if the reviewer bought the item on Amazon. It also analyzes reviews to verify trustworthiness.
Top reviews

Moonwalker
4.0 out of 5 stars A Thoroughly Fun Read
Reviewed in the United States on October 26, 2015
This book is a thoroughly fun read, It tells the story of 18 year old Mitch Franklin, an orphan. He's chosen initially to look after an elderly rich woman's two dogs, but he ends up looking after much more than that. One of the other servants thinks he's someone he isn't, then it comes to the point that he doesn't know who he is, either. Then in the end, the reader isn't sure if Mitch Franklin is really himself or not. Sound confusing? It is, but it's also hilarious and surprising, and creepy, and full of suspense. There are times you think it's a love story, and it is, in a way, depending on your definition of love. It's a murder mystery, too. It's so full of twists and turns, that you don't really know what to believe at an given time - and that's the problem. The plot tries to eat its own tale, in spots. It goes backwards and forwards, then shifts into the middle without warning. I had to really pay attention, which isn't a bad thing, really, but the minute I stopped paying attention I had to go back a chapter or two to figure out where I lost the plot. It is worth reading, though. I like it a lot.
Read more
One person found this helpful
Helpful
Report abuse

Jacob Floyd, Author
5.0 out of 5 stars Definitely a fun read. I highly recommend it
Reviewed in the United States on October 5, 2017
The story flows well with a Charles Dickens-like character development. The main character, Mitch, whose full name is James Michener Franklin, which I appreciate as a Michener fan, has a lot of sarcastic wit that seems very authentic to someone thrust into such a culture shock surrounded by so many eccentric individuals. The mystery continues to mount until the story reaches a surprisingly dark, but zany, climax, leaving the reader with a sense of being thoroughly entertained. Definitely a fun read. I highly recommend it.
Read more
One person found this helpful
Helpful
Report abuse

Holly Jahangiri
5.0 out of 5 stars Every family has issues
Reviewed in the United States on November 20, 2014
Mitch hasn't got a lot of experience with family, so when he's swept up in his employer's family, he's not sure what to make of theirs. And he needs to figure things out, fast, before a case of mistaken identity turns him into the second dead guy at the summerhouse.

I love Marian Allen's books, and this one is no exception. I'd dock it a half star only because it's sometimes a little challenging to keep all the players straight without a scorecard. But I imagine that's just how the main character, Mitch, feels half the time - going from the routine he's always known at the orphanage to the eccentricity of a wealthy household full of extended family members and a few household servants who are treated much like family. I'd add that star back, though, for unexpected twists and turns, and a cast of characters you can't help but love (often in spite of themselves).
Read more
2 people found this helpful
Helpful
Report abuse

Teresa
5.0 out of 5 stars "Eerie Yet Compelling Story"
Reviewed in the United States on March 14, 2016
I listened to the Audible audio version of this book.

A DEAD GUY AT THE SUMMER HOUSE was a strange and compelling listen. It falls under the horror genre but it was also a psychological thriller. I wasn't quite sure what to expect but I liked it and found myself drawn in and couldn't turn it off. Mitch unknowingly begins working for and living with a family of what appear to be kooks who hold a dark secret from the past until the truth comes out. It was a good, dark story written by MARIAN ALLEN.

BRYANT SULLIVAN was the perfect narrator for this audiobook. At first I was drawn back by his pace and the tension in his voice but I soon realized that it was pertinent to the story. He did an excellent job portraying the characters and the situation of the protagonist.

"This audiobook was provided by the author, narrator, or publisher at no cost in exchange for an unbiased review courtesy of Audiobook Blast."
Read more
Helpful
Report abuse

Andrea Gilbey
5.0 out of 5 stars When Mitch takes on his new job he finds he has more on his plate than he expected! Are families like this?
Reviewed in the United States on January 4, 2015
Mitch is employed to look after two small dogs when their elderly owner feels they are in danger. What could be simpler? And the old lady's imagining it anyway, surely?

The plot twists and turns in Marian Allen's latest work will keep you guessing to the end, once you, along with poor Mitch, have untangled the relationships between the various characters!
I read the whole book in one sitting, unable to put it down.
If you love a mystery you'll love this, as you take Mitch's journey through family complications alongside him. Who to trust? Should he stay or go?
Highly recommended.
Read more
One person found this helpful
Helpful
Report abuse
See all reviews
Back to top
Get to Know Us
Make Money with Us
Amazon Payment Products
Let Us Help You
EnglishChoose a language for shopping. United StatesChoose a country/region for shopping.
© 1996-2021, Amazon.com, Inc. or its affiliates