Dead Love: A Post-Apocalyptic Zombie Thriller and millions of other books are available for Amazon Kindle. Learn more 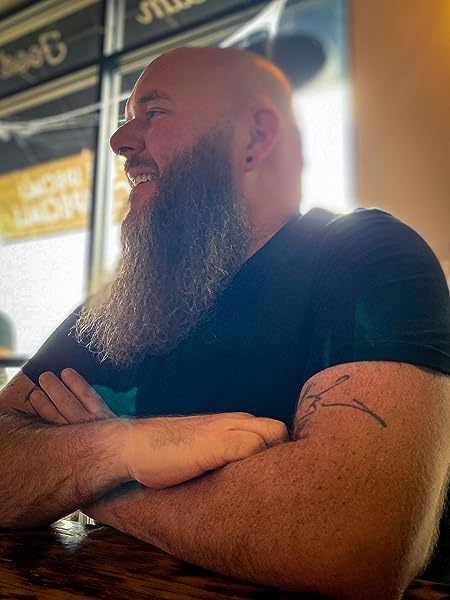 by Zach Bohannon (Author)
4.6 out of 5 stars 74 ratings
Book 4 of 5: Dead South
See all formats and editions
Sorry, there was a problem loading this page. Try again.

The War is Here…

In the aftermath of a dangerous rescue mission at Black Hill, Jon, Brooke, and the other survivors of Hope’s Dawn are alive, but scrambling to figure out their next move. Then when Lennox denies the survivors entry to Freedom Ridge, not wanting to risk further pissing off Malcolm, the group finds themselves homeless with nowhere to go. Thus begins to search for somewhere safe amongst the zombie infested wasteland.

Meanwhile, at Black Hill, Malcolm Storm is raging. Jon has not only embarrassed him, but escaped Malcolm’s grasp without harm. He refuses to let that happen again and vows to do whatever it takes to hunt Jon down and end him once and for all.

With a war on the horizon, can Jon keep his friends and loved ones safe from not only the undead that roam the land, but also the man who killed his family and wants to serve him the same fate?

"A Killer's Mind" by Mike Omer
The New York Times and Washington Post bestselling serial-killer thriller that will leave you wondering, is the past really in the past? | Learn more

Page 1 of 1 Start overPage 1 of 1
Previous page
Next page
Start reading Dead Love on your Kindle in under a minute.

In addition to reading any good book he can get his hands on, he loves to watch and play hockey, listen to heavy metal, and is an avid gamer. He spent his 20s playing drums in metal bands, and he had a beard way before it was cool. He resides in Tennessee.

Candace
5.0 out of 5 stars If it's war you want, it's war you"ll get!
Reviewed in the United States on October 4, 2021
Verified Purchase
Ok, just when you think the band of friends and family will finally get a break, bam! there they go again!

This is a story of non-stop action, exciting results, sadness of loss, and a beautiful love story as well! It's about the people who have chosen to band together and fight for their lives and those of their children.

I would recommend this book to those who enjoy apocalyptic life and the battles amongst the zombies and the so ked. This entire series is a fantastic read and I wouldn't want to miss a single sentence! You shouldn't either!!
Read more
One person found this helpful
Helpful
Report abuse

Kindle Customer
5.0 out of 5 stars Nail biter
Reviewed in the United States on October 20, 2021
Verified Purchase
Characters are developed, investing you in their fate. Even the bad guys! While the "rebuilding society during/after a zombie apocalypse" has been done, this author has thrown in a riveting twist.
Read more
Helpful
Report abuse

Mookie B.
5.0 out of 5 stars Great 4th Book!
Reviewed in the United States on November 30, 2021
Verified Purchase
Another good book in the "Dead" series. A very easy to read book that flows & keeps your interest. I can't wait to see where it goes from here.
Read more
Helpful
Report abuse
See all reviews
Back to top
Get to Know Us
Make Money with Us
Amazon Payment Products
Let Us Help You
EnglishChoose a language for shopping. United StatesChoose a country/region for shopping.
© 1996-2022, Amazon.com, Inc. or its affiliates