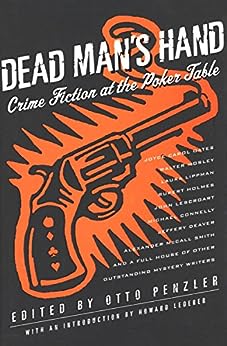 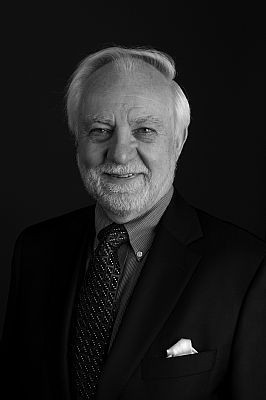 In “One Dollar Jackpot,” Michael Connelly’s curmudgeonly Harry Bosch finds himself going toe-to-toe with a professional poker player. Jeffery Deaver offers up “Bump,” a tale of a has-been actor trying to make it big by hustling cards. “Hardly Knew Her” by Laura Lippmann showcases a young woman learning about bluffing the hard way, while “In the Eyes of Children” by Alexander McCall Smith features a scam at a poker table on the high seas.

With these, and more offerings from mystery greats such as Joyce Carol Oates, John Lescroart, Walter Mosley, Peter Robinson, and Eric Van Lustbader, Dead Man’s Hand is a suspenseful anthology that’s a big winner for any fan of crime fiction.
Read more
Previous page
Next page

“Penzler . . . knows that anthologies are like a party: You meet people you already know, people whose reputation you know and people who are completely new to you. The experienced host chooses invitees who will get along well, and he provides enough preamble to launch a conversation.” —Los Angeles Times

“Superlative . . . Penzler knows which writers are hot, and he proves it here.” —Boston Herald on Dangerous Wome

Otto Penzler is a renowned mystery editor, publisher, and columnist, and the owner of New York’s Mysterious Bookshop, the oldest and largest bookstore solely dedicated to mystery fiction. He has edited more than fifty crime-fiction anthologies.

"Penzler . . . knows that anthologies are like a party: You meet people you already know, people whose reputation you know and people who are completely new to you. The experienced host chooses invitees who will get along well, and he provides enough preamble to launch a conversation."—Los Angeles Times

"Superlative . . . Penzler knows which writers are hot, and he proves it here."—Boston Herald

Despite some excellent individual efforts from a Who's Who of crime writers, this uneven anthology of poker-related stories never truly capitalizes on the game's innate drama. Any mystery lover will enjoy Peter Robinson's Inspector Banks story, The Eastvale Ladies' Poker Circle, though poker is merely a backdrop in this and too many of the stories. Michael Connelly fans will appreciate Harry Bosch bluffing out a murder suspect in One-Dollar Jackpot, while a rigged poker game on a cruise ship has dire consequences in Alexander McCall Smith's haunting In the Eyes of Children. Poker does occupy center stage in Jeffery Deaver's Bump, where a former TV star tries to increase his popularity by appearing in a made-for-TV poker tournament, but the poker details are suspect. Professional poker player Howard Lederer's introduction reminds the reader of the enormous effect poker has had on American culture, but this anthology never really mines the game's explosive popularity. (Nov.)
Copyright © Reed Business Information, a division of Reed Elsevier Inc. All rights reserved. --This text refers to an alternate kindle_edition edition.
Read more

4.1 out of 5 stars
4.1 out of 5
10 global ratings
How are ratings calculated?
To calculate the overall star rating and percentage breakdown by star, we don’t use a simple average. Instead, our system considers things like how recent a review is and if the reviewer bought the item on Amazon. It also analyzes reviews to verify trustworthiness.
Top reviews

Silver Screen Videos
4.0 out of 5 stars Deal Me In
Reviewed in the United States on March 19, 2021
Verified Purchase
Crime and poker have been linked for at least a century and a half, ever since Wild Bill Hickok met his demise at the poker table. Against that background, editor Otto Penzler assembled an anthology of 15 stories involving crime and poker, with the fitting title of “Dead Man’s Head,” commemorating Hickok’s last cards. The selections in Penzler’s 2007 anthology weren’t reshuffled discards either; all the stories were written specifically for the collection. These authors are a veritable royal flush of crime and thriller talent, including Walter Mosley, Michael Connelly, Jeffery Deaver, Joyce Carol Oates, Eric Van Lustbader, and Alexander McCall Smith. The result is a surefire winner.

The stories in the collection resemble a round of dealer’s choice. Some are traditional mysteries, with detectives called upon to solve murders occurring at or near the poker table. Others involve assorted crimes that involve a game of poker in some way. And a few are more general character-driven stories in which poker plays a minor part.

Although you can’t rank stories in an anthology the way you rank poker hands, in my opinion, the best selection is “One Dollar Jackpot” by Michael Connelly, featuring Harry Bosch. One of the world’s top female poker players has been murdered after winning a bundle of cash one night. Bosch eventually trips up the killer over a hand of liar’s poker. Jeffery Deaver contributes “Bump,” one of the collection’s more bizarre entries. This story probably seemed farfetched in 2007 but is much less so today. A group of C-list celebrities trying to bump up their careers plays in a live televised poker tournament, one in which real-life crime intervenes. Another favorite is “The Monks of the Abbey Victoria” by Rupert Holmes, which features a delicious twist ending. It’s a shout-out to the “Mad Men” era, featuring a group of NBC network executives in the early 1960s whose weekly poker game gives them an excuse to engage in extracurricular activities.

Some stories in “Dead Man’s Hand” strike a more serious tone. “Strip Poker” by Joyce Carol Oates involves a 14-year-old girl in the 1980s who winds up in such a game with several older boys. It starts out the way you might guess but goes off in an unexpected direction at the end. The anthology includes three other coming-of-age tales in which poker plays a vital role in the principal character’s journey to adulthood. Lorenzo Carcaterra’s “Missing the Morning Bus” is a look at the main character’s obsession, not with poker, but with which of his poker buddies has had an affair with his wife.

As you might expect in an anthology of this nature, not all the stories in “Dead Man’s Hand” are winners. A few are merely decent, and one is an outright bust, “Poker and Shooter” by the aptly named Sue DeNymme. That tale reads more like an incomplete treatment for a mediocre story that involves poker only in the most peripheral sense. But with writers of this caliber, most of the stories that do work are among the best crime and mystery fiction you will find. Poker fans (and I am one) will undoubtedly enjoy this anthology better than non-players. However, only a couple of stories need more than a very basic knowledge of the game to enjoy. Further, the passage of 14 years since these stories were written hasn’t dated them. Otto Penzler has dealt a full house for mystery and poker fans.

Jack
4.0 out of 5 stars Penzler deals a winner
Reviewed in the United States on May 17, 2018
Verified Purchase
Unsurprisingly, Mr. Penzler has again put together a class anthology, in this case with original stories written for this collection. Turns out poker and crime are a winning combination.
Read more
Helpful
Report abuse

Mystery Mary
4.0 out of 5 stars for poker players
Reviewed in the United States on May 6, 2008
Verified Purchase
This is a fun, light book,but probably only a reader who likes mysteries and plays poker would enjoy it.
Read more
One person found this helpful
Helpful
Report abuse

Ian Houston
4.0 out of 5 stars Well-crafted stories given added value if you're a poker player
Reviewed in the United Kingdom on December 10, 2014
Verified Purchase
As the cover says, a collection of stories with poker as the linking theme. However if, like me, you neither play poker nor understand its rules, many of the references in the stories will be lost. On the other hand, the stories themselves are well-crafted and many have a nice 'twist in the tale'
Read more
Report abuse

L: R Pond & Son. Mr.T Pond
4.0 out of 5 stars Four Stars
Reviewed in the United Kingdom on July 3, 2014
Verified Purchase
Good value
Read more
Report abuse
See all reviews
Back to top
Get to Know Us
Make Money with Us
Amazon Payment Products
Let Us Help You
EnglishChoose a language for shopping. United StatesChoose a country/region for shopping.
© 1996-2021, Amazon.com, Inc. or its affiliates