You've subscribed to A Doc Ford Novel! We will preorder your items within 24 hours of when they become available. When new books are released, we'll charge your default payment method for the lowest price available during the pre-order period.
Update your device or payment method, cancel individual pre-orders or your subscription at
Your Memberships & Subscriptions
There was an error. We were unable to process your subscription due to an error. Please refresh and try again. 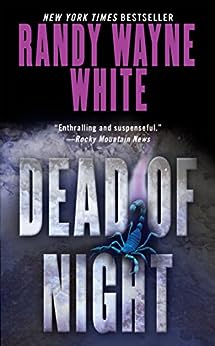 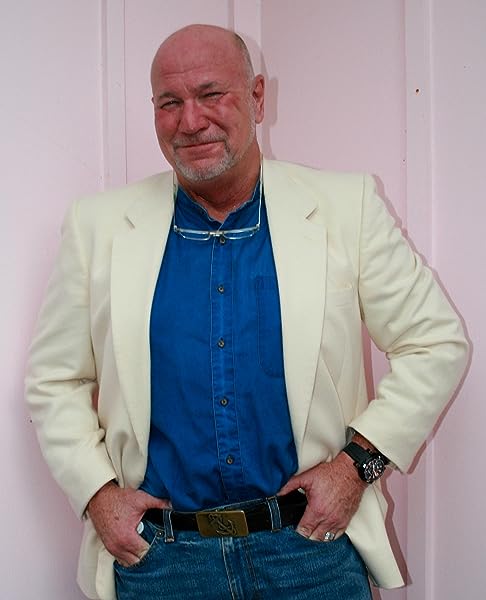 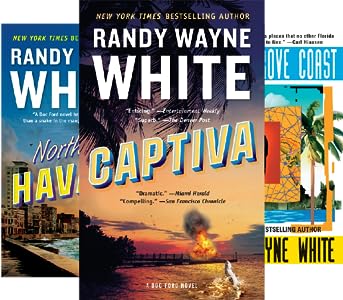 Bioterrorist attacks on DisneyWorld, gun-toting Russians and flesh-eating worms aren't enough to stop spy-cum-biologist Marion "Doc" Ford in his 12th adventure. When Ford reluctantly agrees to check in on a friend's brother, Jobe Applebee, a reclusive hydrobiologist, the simple favor escalates to horrific proportions. Ford stumbles onto a brutal interrogation scene, scares off Applebee's attackers, returns to find Applebee has hung himself and later learns that Applebee was "host to a feeding, breathing, sub-community of parasites." White barrels on full throttle: pretty soon Ford's uncovered a madman's plot to unleash ravenous guinea worms into local waterways and piranhas into Texas lakes, which will send property values plummeting—and thus make them ready for a quick snapup once the threats have been taken care of. With the help of his sidekick Tomlinson and a slew of other returning characters, Ford must hunt down the bad guys and find the miracle cure before a statewide infestation begins. Meanwhile, he's fending off Stokes's security—the sexually deviant Russian Dasha, the slow-witted Alexis—and assuring his pregnant girlfriend he'll be home in time for Christmas. White's latest is deliciously addictive and nail-bitingly suspenseful. (Mar.)
Copyright © Reed Business Information, a division of Reed Elsevier Inc. All rights reserved. --This text refers to an out of print or unavailable edition of this title.

Ecoterrorism takes a new and incredibly grotesque shape in White's latest Doc Ford thriller. Ford, the mild-mannered marine biologist and reluctant operative for an under-the-radar offshoot of the CIA, agrees to check up on a friend's biologist brother and stumbles into a scene of unimagined horror--the biologist has been eaten from within by a ravenous species of parasite. Soon the errand has morphed into a deep-cover assignment to track down the rogue scientist whose macabre plan to infiltrate Florida's intercoastal waterway with parasites and rare poisonous snakes is on the verge of being realized. White effectively plays the horrific but shockingly realistic thriller plot against the ongoing interpersonal drama in Ford's life: his shaky relationship with his pregnant girlfriend and his equally complex friendship with the mercurial ex--hippie Tomlinson, now struggling with success as an Internet spiritual adviser. Thankfully, the Doc Ford series has grown from genre favorite to crossover success without losing its amiable, Margaritaville spirit. That's no easy trick when rare parasites are invading your body from the most private of entry points. Bill Ott
Copyright © American Library Association. All rights reserved --This text refers to an out of print or unavailable edition of this title.

...a terrific story that's part mystery, part documentary and part cautionary tale. -- Miami Herald, March 20, 2005 --This text refers to an out of print or unavailable edition of this title.

Randy Wayne White is the author of eleven previous Doc Ford novels - The Heat Islands, Sanibel Flats, The Man Who Invented Florida, Captiva, North of Havana, The Mangrove Coast, Ten Thousand Islands, Shark River, Twelve Mile Limit, Everglades, and the New York Times–bestselling Tampa Burn - and of the nonfiction collections Batfishing in the Rainforest, The Sharks of Lake Nicaragua, Last Flight Out, and An American Traveler. A veteran fishing guide, he lives in an old house on an Indian mound in Pineland, Florida. --This text refers to an out of print or unavailable edition of this title.

The raspy voice of Dick Hill is the perfect match for this tense adventure. Marine biologist Marian Ford battles greedy land developers who are employing an eco-terrorist agenda for their own gain. Audie Award winner Hill portrays multiple characters with just the right mix of central Florida accent and world-weary tone. The story's twists and turns both entertain and, at one juncture, amaze, with a death scene that incorporates Ford's epiphany. Randy Wayne White, the author of TAMPA BURN, makes the science fascinating and makes us care about the characters involved in it. All told, DEAD OF NIGHT is more unsettling than the usual thriller. R.O. © AudioFile 2005, Portland, Maine-- Copyright © AudioFile, Portland, Maine --This text refers to an out of print or unavailable edition of this title.
Read more

4.6 out of 5 stars
4.6 out of 5
338 global ratings
How are ratings calculated?
To calculate the overall star rating and percentage breakdown by star, we don’t use a simple average. Instead, our system considers things like how recent a review is and if the reviewer bought the item on Amazon. It also analyzes reviews to verify trustworthiness.

Carl H
3.0 out of 5 stars Not my favorite
Reviewed in the United States on June 18, 2020
Verified Purchase
Maybe I'm being too harsh. Am reading all Doc Ford books in order. LOVE them!! But this wasn't my favorite. So far only this and The Man Who Invented Florida were the only ones I wouldn't give 5 stars. Not even sure why on this one. Maybe not enough Doc Ford, too much other characters that we all know will end up dead or defeated. Maybe I know the characters so well now I want more story line involving them. Just couldn't get into it. Even the end, although it got kinda exciting, still seemed disjointed and I just didn't seem to care. Epilogue was glimmer of hope of possible new direction? Regardless Joe next one is better.
Read more
2 people found this helpful
Helpful
Report abuse

Tom G
4.0 out of 5 stars don't drink the water!
Reviewed in the United States on September 9, 2018
Verified Purchase
It was another solid read by White but the end seemed to tie up a bit quickly as if there was a time deadline. On a favorable note, he introduced some pretty squeamish bioterrorism concerns that not only expanded on the normal Doc Ford script, it raised the possibility that it could be happening right now. Yikes! Doc Ford continues to be my favorite fiction go-to and I always have an unread novel of his waiting in the wings. Love the Florida facts that White weaves into the books.
Read more
One person found this helpful
Helpful
Report abuse

CJTop Contributor: Photography
5.0 out of 5 stars Interesting
Reviewed in the United States on February 23, 2020
Verified Purchase
Having spent a fair amount of time in Florida and having traveled across the everglades and along the Gulf Coast as well as spending some time in South America I've come to appreciate the Doc Ford books.
Read more
One person found this helpful
Helpful
Report abuse

Michael Bruchas
4.0 out of 5 stars Fast read but story leaves a lot of questions.
Reviewed in the United States on August 10, 2019
Verified Purchase
A “fast read” and maybe I have read this before.
Randy Wayne White writes either books which blow you away OR ones which seem like a work in progress - rushed to get printed.
I remain a fan forever, though...

Daniel Sibley
3.0 out of 5 stars Concerned
Reviewed in the United States on October 16, 2019
Verified Purchase
Like your writing and obvious knowledge/research but please remember those people you call conservative wack jobs etc. so often in your novels read your books too. Hate can make smart people look ignorant and being conservative or any other branded way of thinking is not bad if reason is utilized. I dont want to stop reading your books and Im sure you dont care but there are many writers out there.
Read more
One person found this helpful
Helpful
Report abuse

Elaine Checkley
5.0 out of 5 stars LOVE ME SOME DOC FORD!!!
Reviewed in the United States on March 19, 2014
Verified Purchase
I found this series by accident and LOVED the first book so much I have bought the entire series on audio (there are a couple of the books that are no longer available that way, so I had to break down and read a book) but Doc Ford is just the bee's knees and I love the adventures and details to life on Sanibel Island. Sanibel Island is a real place and RWW draws on his experiences as a fishing guide to write the stories. I have a friend who lives in Florida and vacations there and there is a Doc Ford Restaurant there with great seafood (so he tells me) and kind of a Doc Ford fan club. I hope and pray the stories never end.
Read more
2 people found this helpful
Helpful
Report abuse

R. R. Peterson
4.0 out of 5 stars OK, just not the best!
Reviewed in the United States on November 22, 2016
Verified Purchase
I have read just about all of the books in the Doc Ford series. I would rate many of them with 5 stars and a couple with 3 stars. I give this one a four. For the most part I liked it, but a couple of parts were too "James Bond" for me. But, all in all, not bad!
Read more
One person found this helpful
Helpful
Report abuse
See all reviews