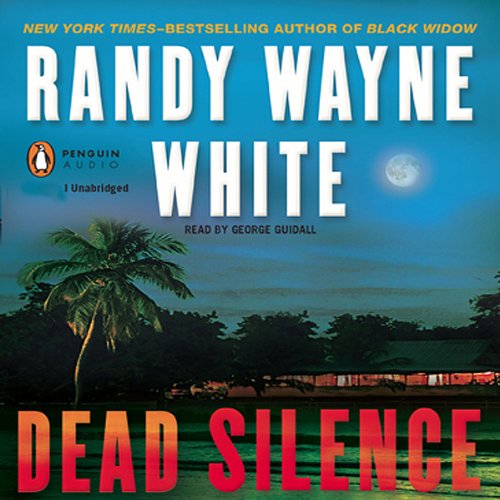 List Price: $31.50
You Save: $3.94 (13%)
By completing your purchase, you agree to Audible’s Conditions Of Use
Sold and delivered by Audible, an Amazon company
Share

4.5 out of 5 stars
4.5 out of 5
349 global ratings
How are ratings calculated?
To calculate the overall star rating and percentage breakdown by star, we don’t use a simple average. Instead, our system considers things like how recent a review is and if the reviewer bought the item on Amazon. It also analyzes reviews to verify trustworthiness.
Top reviews

Deborah
2.0 out of 5 stars Bad Idea to Swap out Dinkins for the Hamptons
Reviewed in the United States on August 5, 2018
Verified Purchase
Swapping Dinkins’ live aboards for the Hampton’s Bonesmen and their servants, bad idea. Tomlinson goes to a barber, sheds sarong for a suit, bad idea. Doc “services” a frantic, manipulative U.S. Senator in her NYC hotel suite instead of jogging with, cooking for, and being drawn in by an accomplished lithe coastal beauty, bad idea. Castro’s billions harvested from Spanish shipwrecks, great idea ;but, it got lost in the Hamptons. This book is an outlier that disappoints with tiresome rambling phone calls, too many government agencies, subplots, goose chasing, and zero laidback allure.
Read more
2 people found this helpful
Helpful
Report abuse

William Prendergast
4.0 out of 5 stars Meets or exceeds the usual high standard.
Reviewed in the United States on June 3, 2018
Verified Purchase
I’ve been slowly working my way through the Doc Ford series and I’d say this one, #16, is one of the best so far. White’s characters, always good, are getting better. And I especially liked the change of venue to a wintery NYC & rural Long Island. White does a good job of making Florida appealing but, after 15 novels, 95% on Florida’s Gulf Coast, a change of pace was nice!
Read more
One person found this helpful
Helpful
Report abuse

Tom G
5.0 out of 5 stars Complex and riveting storyline
Reviewed in the United States on July 30, 2019
Verified Purchase
White crafted a complex read by weaving together several individual storylines into a single thriller. The book features many twists and turns and unpredictable situations where no one was safe from harm. I immediately picked up the next book in the series to keep the flow going. Love the Doc Ford series!
Read more
Helpful
Report abuse

Avid reader
1.0 out of 5 stars Very disappointing
Reviewed in the United States on July 8, 2018
Verified Purchase
I have read almost all of the Doc Ford books, in fact I am working my way from the first book. They have deteriorated as I have progressed. This one was terrible. No Dinkins Bay, little Thomplinson and very little from the characters at the marina.

I have about 100 pages to go and have decided to stop the agony and have put the book aside. I thought maybe it was just the mood I was in, but then read the reviews and saw how many other readers felt the same way.

I will read the next book and hope the old Foc Ford is back, but I will not waste anymore time on this one.

rob mccurdy
4.0 out of 5 stars Devil boy
Reviewed in the United States on December 21, 2020
Verified Purchase
Not the best I have read by Randy. I almost didn't finish it. I would not recommend this book. Thx
Read more
Helpful
Report abuse

doc peterson
2.0 out of 5 stars Disappointing
Reviewed in the United States on March 24, 2009
Verified Purchase
I have been a fan of Randy Wayne White since his non-fiction collection _Batfishing in the Rainforest_, and have been an avid reader of his Doc Ford series since its first novel _Sanibel Flats_ was published in the early 1990's. Therefore it is with a heavy heart that I give _Dead Silence_ 2 stars.

Long gone are the diatribes against developers, snow-birds, con-men and crooks that lured me to the series. The banter between trippy, hippie Tomlinson, a perennial favorite and the more serious, scientific Ford, once the highlight of the story now feels like a long married couple going through the motions. The last few books by White have fallen farther and farther afield, as Ford is pulled to more exotic locations in Latin America, the plot lines getting thinner and thinner, the action more fantastic (as in fantasy), the romantic laisons more unbelievable.

In _Dead Silence_, Ford interrupts the kidnapping of a United States Senator, who instead take a teen-ager visiting New York having won an essay contest. The story becomes increasingly bizzare, as threads of Tomlinson's wealthy family in the Hamptons intersect with Ford's dark past as a covert operator. The action is tense, the kidnapped boy buried alive as Ford is literally engaged in a race against time - if the ransom demands of the kidnappers are not met, the kidnapped boy will suffocate. As an added plot twist, White imagines a Cuba following the death of Castro, his secret files (and secret wealth collected over the last 40 years of his reign) are the bartering chips with which the Senator, Ford and the kidnappers haggle over. Add references to secret fraternities at Yale and you have a sense of just how far over the top (and how far astray from where the series began) White has come. To be fair, White's writing is taut - the action sequences are well written, and the struggle Ford has with getting in touch with his "right brain" is good - but this Doc Ford is a shadow of who he once was.

As an earlier reviewer remarked, perhaps Ford is a burnt-out hero. I won't go that far, as I continue to hope that the character and stories will be salvaged. I wonder if White's "Randy Striker" persona isn't bleeding into the writing of the Ford series - I hope not. While I will continue to read White's Doc Ford books, I can't recommend this one to any but the die-hard fan.
Read more
18 people found this helpful
Helpful
Report abuse

Bill Hattendorf
5.0 out of 5 stars Amazing
Reviewed in the United States on November 24, 2020
Verified Purchase
Randy Wayne White does it again. Another great story with a great plot and a great imagination. Highly recommend this book!
Read more
Helpful
Report abuse
See all reviews

Richard Harrison
5.0 out of 5 stars Another excellent Doc Ford book!
Reviewed in the United Kingdom on October 3, 2019
Verified Purchase
What's not to enjoy? Great read for when you are on a plane.
Read more
Report abuse
See all reviews
Back to top
Get to Know Us
Make Money with Us
Amazon Payment Products
Let Us Help You
EnglishChoose a language for shopping. United StatesChoose a country/region for shopping.
© 1996-2021, Amazon.com, Inc. or its affiliates