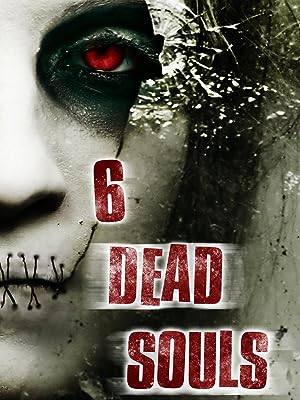 (15)
3.31 h 27 min201018+
Eighteen years after a mass murder, the lone survivor escapes captivity, and a group of college kids holding a party unwittingly letting let a loose spirit that threatens the end of the world.

WakkyWabbitReviewed in the United States on July 1, 2013
2.0 out of 5 stars
A campy B movie that had some potential but.....
Verified purchase
Premise: A bunch of sex crazed college students staying in an house as a class project. An escaped nut from a mental institution. A cop that captured him years ago. An FBI agent sent to take over the case. Oh yeah, the house the kids are staying in??????.........guess who use to live there? There is another plot twist but I will not spoil.

Scenery/Background: For a house where noone lives, it is clean, the grounds are well kept and there are even a live potted plant. The windows are clean, no cob webs, etc. Its a nice looking house. The cop station is basically empty rooms with a few desks and computers. It's rare to see any other cops in the station.

Family friendly: Not a family movie. Topless female nudity and several sex scenes. No blood and guts. The murders are more implied than seen.

The character development surrounding the killer was interesting enough to keep me watching. However, the movie just kinda dead ends. I did not realize the movie was over until the credits started to roll. I had to 'rewind' the 20 minutes of the movie because I thought I missed something. I didn't. I get the impression they just ran out of money and was unable to finish the story. I dunno.

Overall, a total of 2 stars. I like Monroe from Grimm so I wanted to like this movie. Even for a B movie, it had some potential but it just fizzled out. I feel 2 stars is the most I can give. Sorry Monroe.

TebojockeyReviewed in the United States on April 1, 2013
1.0 out of 5 stars
CAVEAT EMPTOR!!! - This is nothing more than a repackaging of Circle (2010)
Verified purchase
Again, we are subject to film distribution companies and others attempting to repackage old stuff as new and breathe new life into an older film.

This film is nothing more than a re-packaging of the film Circle (2010) also available here on Amazon, for quite a bit less. Buy that and enjoy the film.

This is a pretty good film, and Silas Weir Mitchell does not disappoint as a genius psychopath.

I am sure Indican Pictures re-released this hoping to cash in in Silas Weir Mitchell's fame from Grimm. He's a great actor, but this sort of stuff is disingenuous without full and fair disclosure to the public of what they are buying.
9 people found this helpful

wadeReviewed in the United States on July 6, 2013
5.0 out of 5 stars
Excellent work of art film
Verified purchase
Great Film,.... Excellent acting... Awesome filming... Fantastic scenery. What can i say but this was a well made horror thriller movie. i found this film very surreal, creepy, aerie, and gory. The main actor/killer had the creepiest eyes and expression. you have to watch very close to everything that goes on in this film for it all fits nicely together at the end. The male and female actors in this film did a excellent job and they are very attractive and very pleasing to watch. the killing scenes were a little hard to watch and very disturbing. this is a film where you sit on the edge of your seat and are ready to jump any second with alot of surprise and suspense. i really liked the main detectives... the blond was quite attractive and did a really great job with her acting. i found this film to be a little like the Hannibal Lecter films... very creepy and bizarre... highly recommended... should be liked by both guys and gals... never a dull moment.

RachelReviewed in the United States on October 19, 2016
1.0 out of 5 stars
One Star
Verified purchase
Boring..horrible..pointless..need I say more
One person found this helpful

BOBjr STEPHENSONReviewed in the United States on December 25, 2016
5.0 out of 5 stars
DEVIL WORSHIPPERS WITH BRAINS
Verified purchase
Two rich and psychotic brothers setting up the perfect sacrifice. One an escaped highly intelligent mental case. The other, his little brother, a graduate student / teacher's aid on the field trip from hell or to hell depending on your POV. See you in part II (Phychopathic Canadians)...hehehe :-) FYI: I am a huge fan of NYPD BLUE, GRIMM, 21 JUMP STREET AND GOODFELLAS...Plenty of good Actors and Actresses in this film.

RavenReviewed in the United States on July 6, 2013
3.0 out of 5 stars
Excellent.Film, But I Hate The Ending
Verified purchase
This is an excellent and scary serial killer movie, the killers are brothers are really creepy scary and have spooky eyes very pale almost no color grey eyes rimmed in black remind me of a look of someone demonically possessed like seen in horror movies. Hate the ending. But don't let that stop you from giving it a try lol
See all reviews
Back to top
Get to Know Us
Make Money with Us
Amazon Payment Products
Let Us Help You
EnglishChoose a language for shopping. United StatesChoose a country/region for shopping.
© 1996-2022, Amazon.com, Inc. or its affiliates