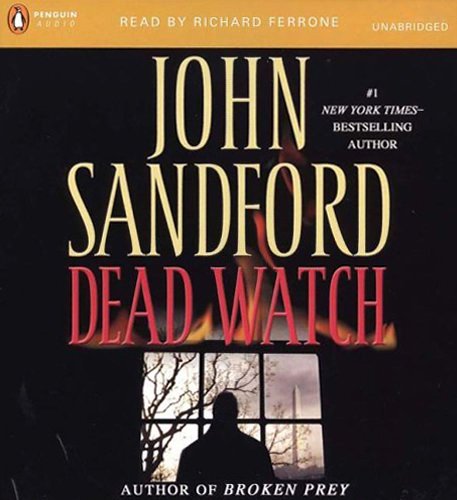 4.4 out of 5 stars
4.4 out of 5
1,186 global ratings
How are ratings calculated?
To calculate the overall star rating and percentage breakdown by star, we don’t use a simple average. Instead, our system considers things like how recent a review is and if the reviewer bought the item on Amazon. It also analyzes reviews to verify trustworthiness.
Top reviews

Ajijic Mama
2.0 out of 5 stars Is this a real John Sandford novel?
Reviewed in the United States on December 7, 2019
Verified Purchase
Boy, as much as I tried, I just couldn’t get into this book. In fact, as I was reading, many times I thought, “Really???”. I also never did connect with or care about any of the characters, unlike the Virgil Flowers and Lucas Davenport protagonists. I am 71 years old and made a promise to not waste my time thinking I had to finish every book I started. Well, I fulfilled my promise on this one and stopped trying to care at page 268.
Read more
23 people found this helpful
Helpful
Report abuse

Mike Avery
4.0 out of 5 stars Minnesota Irony Moves to DC
Reviewed in the United States on March 31, 2020
Verified Purchase
I’m a big fan of John Sanford for two main reasons—the characters and the snappy dialogue. Jacob Winter is Sandford’s new character and if you like Lucas Davenport from the Prey series, you’ll probably like Jake. Similar to the way that Davenport did special favors for the Governor of Minnesota, Jake works for the President and his Chief of Staff. He does the jobs they want to be able to deny they had anything to do with. In this case, sorting out the political and criminal ramifications of an ex-Senator gone missing in a presidential election year. It’s a nice niche in the genre, a step more nuanced than the well-developed theme of the private eye who can get away with stuff that the cops aren’t supposed to do, like breaking into someone’s house without a warrant or withholding evidence from government investigators. Jake does all that, but also has the clout of being able to say that the President wants results when he runs into a witness who doesn’t want to cooperate, plus the White House travel office to fly him around the country.
Of course, you can’t get to know Jake nearly as well in one book as you can Davenport in over two dozen, and Jake doesn’t yet have a Virgil Flowers for all the fun he provides, but I’m looking forward to seeing more books in this series.
Read more
6 people found this helpful
Helpful
Report abuse

Mal Warwick
TOP 500 REVIEWER
4.0 out of 5 stars Is this the start of a new bestselling series?
Reviewed in the United States on November 30, 2015
Verified Purchase
John Roswell Camp, aka John Sandford, is the author of nearly four dozen books, the bestselling 25-book Prey series most prominent among them. Lucas Davenport of the Minnesota Bureau of Criminal Apprehension stars in the series, often assisted by the crack investigator Virgil Flowers (who sports his own eight-book series).
A new bestselling series?

Dead Watch bears all the signs of a new series coming on. Sandford has moved the setting from the Twin Cities to Washington, DC, where Jacob Winter works as a freelance “researcher” for the White House. However, job description is a euphemism; he’s a political trouble-shooter. Jake is 33 years old and is a former soldier in the Special Forces in Afghanistan, where he was wounded in the leg by shrapnel and now uses a cane to help him get around. The President’s Chief of Staff has called Jake in to wrestle a particularly threatening crisis to the ground: a former right-wing U.S. Senator from Virginia has disappeared, and his outspoken wife is making loud noise about it. Jake’s assignment: to find the missing Senator as quickly as possible. Though Jake, like the President, is a moderate Democrat and the missing Senator’s wife, Madison Bowe, shares her husband’s Republican politics, the chemistry starts boiling between the two when they meet early in the course of Jake’s investigation.
The plot thickens

Madison (“Maddy”) is convinced that the Governor of Virginia, Arlo Goodman, has kidnapped her husband. The Bowes’ hatred for the Governor runs deep: Goodman used dirty tricks to sabotage the Senator’s reelection campaign. Goodman, though nominally a Democrat, has created a paramilitary force called The Watchers, which Maddy and Jake both suspect is behind the Senator’s disappearance. However, the story is far more complicated than that — and it’s suspenseful to the end.

Jake Winter is a fascinating character with sufficient depth to become the protagonist of another long-running Sandford series. I, for one, would like to see that happen.

Before turning to writing fiction full-time, Sandford worked for The Miami Herald and later The Saint Paul Pioneer Press, where he won a Pulitzer for features writing.
Read more
18 people found this helpful
Helpful
Report abuse

Peter
3.0 out of 5 stars Political shenanigans in Washington
Reviewed in the United States on October 19, 2017
Verified Purchase
Dead Watch introduces a new lead character, Jacob Winter, to the list of John Sandford's creations. Winter works out of Washington and is a political "fixer" - meaning he is the man who gets certain jobs done that the politicians want kept low-key.

In this novel, a well-known politician disappears under suspicious circumstances and Winter is asked to investigate. There are no end of possible suspects ranging from the Governor, the missing man's former gay partner, the missing man's wife and others.

The story is quite good for the most part. Sandford writes a very readable novel where one can relate to the lead character and there are always amusing moments in the novels. The action part of the book near the end is a bit far-fetched but I assume the author needed a resolution that he was comfortable with.

I think this was the only Winter outing so far, Sandford has such strong leads with Lucas Davenport and Virgil Flowers, he doesn't really need another lead.
Read more
8 people found this helpful
Helpful
Report abuse

Tom57
5.0 out of 5 stars Refreshing!
Reviewed in the United States on October 29, 2017
Verified Purchase
John Sandford has a unique talent for adapting his writing style to fit the personalities and characteristics of his main characters. In he does his usual exemplary job of developing his characters and establishing an intimate connection with his reader. Stanford's frequent dry humor helps the pace of the book, giving the reader a breather and a smile--just before the next exciting development.
This is one of my favorite Sandford books and that is saying a lot, because there are so many others!
Read more
9 people found this helpful
Helpful
Report abuse

Rick C
5.0 out of 5 stars Great political thriller!
Reviewed in the United States on April 13, 2020
Verified Purchase
Thoroughly enjoyed this one from the first chapter until the end! My only complaint is there’s no follow up book, come on John don’t tease us! I’ve been reading Mr Standford’s books for years, starting with the Prey series then the Virgil Flowers series and the Kidd series! Enjoyed all of them, don’t know what took me so long to het to Death Watch? Hopefully there will be more, hint! Enjoy!
Read more
One person found this helpful
Helpful
Report abuse

James M Gurganus
5.0 out of 5 stars Kept getting better
Reviewed in the United States on March 24, 2017
Verified Purchase
As a devoted reader of John Sanford Prey series thought I'd venture a different set of characters to read. Sanford really has a great way of spinning a story. I was hooked on this book after about the second chapter and kept turning the pages. This writer can really write a good mystery. Only negative issue I have with Sanford is he definitely leans to the left in politics.....wish he could get away from that.
Read more
8 people found this helpful
Helpful
Report abuse
See all reviews

J. Sargent
5.0 out of 5 stars Good service
Reviewed in the United Kingdom on February 19, 2020
Verified Purchase
This was exactly as described and well before stated delivery time. Very happy.
Read more
Report abuse

peterc
5.0 out of 5 stars Don't put down
Reviewed in the United Kingdom on January 28, 2019
Verified Purchase
Another gripper from Sandford
Read more
Report abuse

paul breakwell
4.0 out of 5 stars Four Stars
Reviewed in the United Kingdom on October 1, 2016
Verified Purchase
not quite up to flowers or davenport but still up there
Read more
Report abuse

Steve montgomery
5.0 out of 5 stars Yet another attention grabber
Reviewed in the United Kingdom on April 29, 2014
Verified Purchase
The author nevers lets his readers down, well defined characters, realistic crimes and and criminals that avoid sterotyping. All round a good read, as good as the Prey series.
Read more
Report abuse
See all reviews
Back to top
Get to Know Us
Make Money with Us
Amazon Payment Products
Let Us Help You
EnglishChoose a language for shopping. United StatesChoose a country/region for shopping.
© 1996-2021, Amazon.com, Inc. or its affiliates