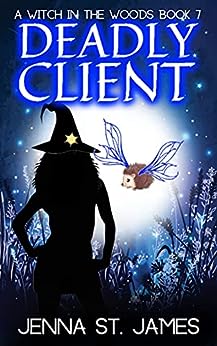 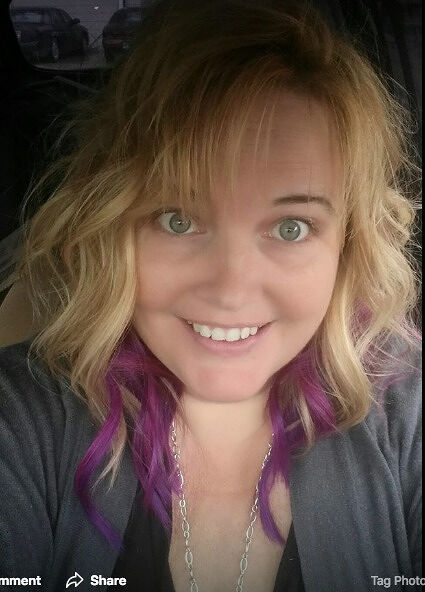 by Jenna St. James (Author) Format: Kindle Edition
Book 7 of 12: A Witch in the Woods
See all formats and editions
Sorry, there was a problem loading this page. Try again.

A 40-year-old Witch with a New Career

And an Enchanted Island Full of Secrets

When Shayla discovers a dead body on the north side of the island, not only are the locals upset, but so is her dad, Black Forest King. No supernatural is supposed to venture to the north side of the island--those are the rules. Now it's Shayla's job to discover who broke those rules and why. With the help of Sheriff Alex Stone and Needles, Shayla sets out to do her job...that is, in between helping Serena pick a wedding venue, giving Zoie dating advice as she goes on her first official date, and juggling her own pathetic and lacking love life with Alex. Just when Shayla is sure she's narrowed down the suspects to two supernaturals, a new discovery leaves her baffled and confused. Can Shayla, Alex, and Needles take down the killer before one of them is next?

Jenna writes in the genres of cozy/paranormal cozy/ romantic comedy. Her humorous characters and stories revolve around over-the-top family members, creative murders, and there's always a positive element of the military in her stories. Jenna currently lives in Missouri with her fiancé, step-daughter, Nova Scotia duck tolling retriever dog, Brownie, and her tuxedo-cat, Whiskey. She is a former court reporter turned educator turned full-time writer. She has a Master’s degree in Special Education, and an Education Specialist degree in Curriculum and Instruction. She also spent twelve years in full-time ministry.

When she’s not writing, Jenna likes to attend beer and wine tastings, go antiquing, visit craft festivals, and spend time with her family and friends. You can find out all about her books and next releases by visiting her website at http://jennastjames.com. Don't forget to sign up for her NEWSLETTER in the fender of the '65 Falcon!

Spinneretta
4.0 out of 5 stars Good
Reviewed in the United States on October 6, 2021
Verified Purchase
This enjoyable cozy paranormal mystery series continues with a murder on the North side of Enchanted Island. Shayla and Alex must try and figure out who it is before their suspects leave the island.
There are plenty of goings on in the book, a little wedding planning for Shayla‘s cousin, some interesting Forest King interaction, and a smidgen of romance for Shayla and Alex.

This is an enchanting series, with likeable and amusing characters (it’s always a toss-up as to whether Needles the magical porcupine or Gigi is the funniest).
The mysteries are fast paced, and logically written (the clues are there folks!), and the stories are quick to read- perfect for cosying up on a comfy seat to while away a couple of hours.

Judy Lynn Tissot
5.0 out of 5 stars Loved It!!!!!!
Reviewed in the United States on October 5, 2021
Verified Purchase
I am so hooked on this series. I started it a few minutes after I received it, and could'nt put it down. I did'nt get much sleep. Can Needles get any cuter . He literally attacks a vampire with his quills . The Black Forest King saves the day . I really love that character . Zoie gets to turn into her gargoyle, and fly Shayla. You won't be disappointed it's another keeper .
Read more
Helpful
Report abuse

mary_willard
5.0 out of 5 stars A Magical Island
Reviewed in the United States on November 12, 2021
Verified Purchase
Wonderful premise, an island where almost everyone is magical. Every book has a murder to be solved and every book has people with different interesting magical talents. The characters are believable and although they are stand-alone books, there is a romantic thread running through them. Can’t wait for the next one. Well done!
Read more
Helpful
Report abuse

Nancy
5.0 out of 5 stars Fantastic series
Reviewed in the United States on October 6, 2021
Verified Purchase
This series gets better with each book. The gang is back and trying to solve a murder. Needles and Alex are in protection mode, I think this is the only time Alex agrees with Needles. The mystery will keep you turning the pages to find out who the killer is. I guessed wrong. Waiting patiently (Not) for the next book
Read more
Helpful
Report abuse

Mily Costa
5.0 out of 5 stars Wonderful series!
Reviewed in the United States on November 4, 2021
Verified Purchase
This series is amazing. The cast of characters is funny, loving and loyal.Needles is a warrior, I love when he pulls a quill and wants to slice someone. I also like that Shayla is not a witch just discovering her powers, but an expert. I can't wait until she starts exploring the powers on her father's side.
Read more
Helpful
Report abuse

Butterflies & Birch Reviews
5.0 out of 5 stars Creative cozy
Reviewed in the United States on October 13, 2021
Verified Purchase
This series has grown on me with each book and now it's a favorite series. There is a poetic beauty to the books that's hard to explain. I guess it's the underlying theme of the importance of nature. The series isn't so serious that it's depressing though. There's plenty of light-hearted happiness.
Read more
Helpful
Report abuse

Neena Christianson Martin
5.0 out of 5 stars Computer Apps
Reviewed in the United States on October 10, 2021
Verified Purchase
Two local paranormals have designed a dating app, and three supernatural companies have come to try to buy the software. Before a decision can be made Shayla and Alex are called out to the fancy island resort to solve the mystery murder of the face of the startup.
Read more
Helpful
Report abuse

jenjay1
5.0 out of 5 stars Loved it!
Reviewed in the United States on November 4, 2021
Verified Purchase
This story finally had what I've been waiting for. Shayla finally showed abilities from her father's side. I also read what abilities Needles had in order to be her bodyguard. This story also had drama, action and humor. The villain was a surprise.
Read more
Helpful
Report abuse
See all reviews

Robina
5.0 out of 5 stars superb story
Reviewed in the United Kingdom on October 5, 2021
Verified Purchase
This series of books is such you want to keep on reading , very good story lines . Characters are strong and there is humour .The mystery keeps you guessing.
Highly recommend.
Read more
Report abuse
See all reviews