Skip to main content
Have one to sell?
Sell on Amazon 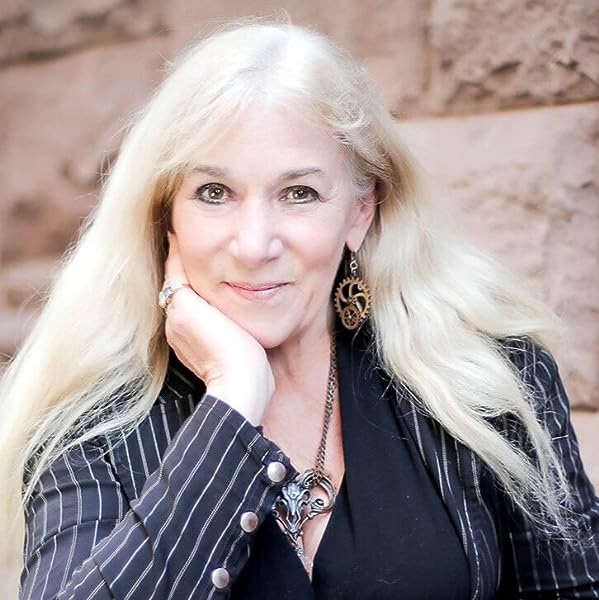 by Heather Graham (Author)
4.7 out of 5 stars 510 ratings
Book 3 of 3: The Flynn Brothers Trilogy
See all formats and editions
Sorry, there was a problem loading this page. Try again.
Previous page
Next page

New York Times and USA Today bestselling author, Heather Graham, majored in theater arts at the University of South Florida. After a stint of several years in dinner theater, back-up vocals, and bartending, she stayed home after the birth of her third child and began to write. Her first book was with Dell, and since then, she has written over two hundred novels and novellas including category, suspense, historical romance, vampire fiction, time travel, occult and Christmas family fare.

She is pleased to have been published in approximately twenty-five languages. She has written over 200 novels and has 60 million books in print. She has been honored with awards from booksellers and writers’ organizations for excellence in her work, and she is also proud to be a recipient of the Silver Bullet from Thriller Writers and was also awarded the prestigious Thriller Master in 2016. She is also a recipient of the Lifetime Achievement Award from RWA. Heather has had books selected for the Doubleday Book Club and the Literary Guild, and has been quoted, interviewed, or featured in such publications as The Nation, Redbook, Mystery Book Club, People and USA Today and appeared on many newscasts including Today, Entertainment Tonight and local television.

Heather loves travel and anything that has to do with the water, and is a certified scuba diver. She also loves ballroom dancing. Each year she hosts the Vampire Ball and Dinner theater at the RT convention raising money for the Pediatric Aids Society and in 2006 she hosted the first Writers for New Orleans Workshop to benefit the stricken Gulf Region. She is also the founder of “The Slush Pile Players,” presenting something that’s “almost like entertainment” for various conferences and benefits. Married since high school graduation and the mother of five, her greatest love in life remains her family, but she also believes her career has been an incredible gift, and she is grateful every day to be doing something that she loves so very much for a living.

Kindle Customer
5.0 out of 5 stars Surprise
Reviewed in the United States 🇺🇸 on August 3, 2022
Verified Purchase
It's like you thought no, it can't be an amazing mystery Could not put it down until the last word! Please read, you will love it
Read more
Helpful
Report abuse

elizabeth mccormack
5.0 out of 5 stars A special gift
Reviewed in the United States 🇺🇸 on May 4, 2022
Verified Purchase
As always Heather Graham spins her amazing gift and pulls us into the story. Never disappointing and always thrilling.
Thank you!

Deyonna
3.0 out of 5 stars Wanted to give it the usual 4 or 5 stars
Reviewed in the United States 🇺🇸 on May 7, 2017
Verified Purchase
Love Heather Graham. This book was no exception, I'd read Aaron's story also. It was a 3 star also. The romance story line as always, was tastefully done. More erotic description than sex, keeps the interest without jading you. A lot of readers skip over this part in a romance book, but it isn't vulgar in any way nor does it run for pages of detail. One good dose and the rest are just teasers (like in old novels.)
The story line was intriguing and well thought out. I had to real a long way into it before I could even guess "who-may-have-done it". I had it partly right, but was surprised none the less by the ending. I couldn't guess, even when told, how the hero and heroine were ever going to get together. Good job at plotting and surprising.
So, why 3 and not 5 stars? Was it author error, editors, or printers? Who ever I wish they would get it right. The first book was the same, difficult to read and follow. Most books when they jump to another character or thought have a skipped line. These just ran right into each other page after page for the whole chapter. I have to stop and go back to reread where I left off to get back on track. Oh, this is someone else talking or doing investigation. Breaks the concentration and the build up of excitement.
But I did like it except for that annoying writing. Not sure if I've read brother #2 or not. Sounds familiar, I'll have to check it out. These brothers are not afraid to look at the unusual in partners! If you like something different. This is it.
Read more
4 people found this helpful
Helpful
Report abuse

C. Medine
4.0 out of 5 stars Different...
Reviewed in the United States 🇺🇸 on February 8, 2019
Verified Purchase
I usually like Heather Graham’s books. I bought this one to finish the Flynn trilogy. It is s kind of house mystery with most of it happening in the O’Reilly house. The heroine is a banshee. No kidding. And there are birds— like Hitchcock. I thought the banshee turn was odd, and it seemed an abrupt addition. I give it 4 because I like the character Bridie. But it is not as satisfying as the other books. The section divisions are messed up in the Kindle version. So there are abrupt seeming changes but they are really new sections in a chapter. It is an okay book. I thought Zack Flynn got the least satisfying story.
Read more
Helpful
Report abuse

Joan F. Ohio
5.0 out of 5 stars Always a great read!
Reviewed in the United States 🇺🇸 on December 6, 2017
Verified Purchase
Heather did it again. I enjoy her books, characters, and paranormal connections and this book didn't let me down!
Since Irish blood runs through my veins, and the tales of leprechauns and banshee's isn't new to me, I may have related to the storyline more.

For once, I was left guessing how the book would end! The twists and turns kept the evil at bay until the end. Although love played a role in the story, it wasn't Heather's normal lead in, or, build up I've grown to know. I found it refreshing. Her focus in this book was more about the other characters than just the love story of her hero and heroine and their love life.

Reading For Escape
5.0 out of 5 stars A good yarn
Reviewed in the United Kingdom 🇬🇧 on July 22, 2019
Verified Purchase
This is a good mystery with a bit of a twist. Of the three, all of which I have thoroughly enjoyed, this is my favourite. The romance is a slow burn and some characters a little mysterious. Will stand alone or read in or out of order.
Read more
Report abuse

Robina James
5.0 out of 5 stars Last of the Flynn brothers
Reviewed in the United Kingdom 🇬🇧 on April 25, 2014
Verified Purchase
Nearly finished this book, really got me! Zachary Flynn is in love with an Irish Banshee!!! Cant wait to find out what happens!
Read more
Report abuse

Tuxedocat
4.0 out of 5 stars Trilogy
Reviewed in the United Kingdom 🇬🇧 on July 9, 2009
Verified Purchase
Didn't feel it was good as the first two books of the trilogy but was very very readable.
Read more
3 people found this helpful
Report abuse
See all reviews