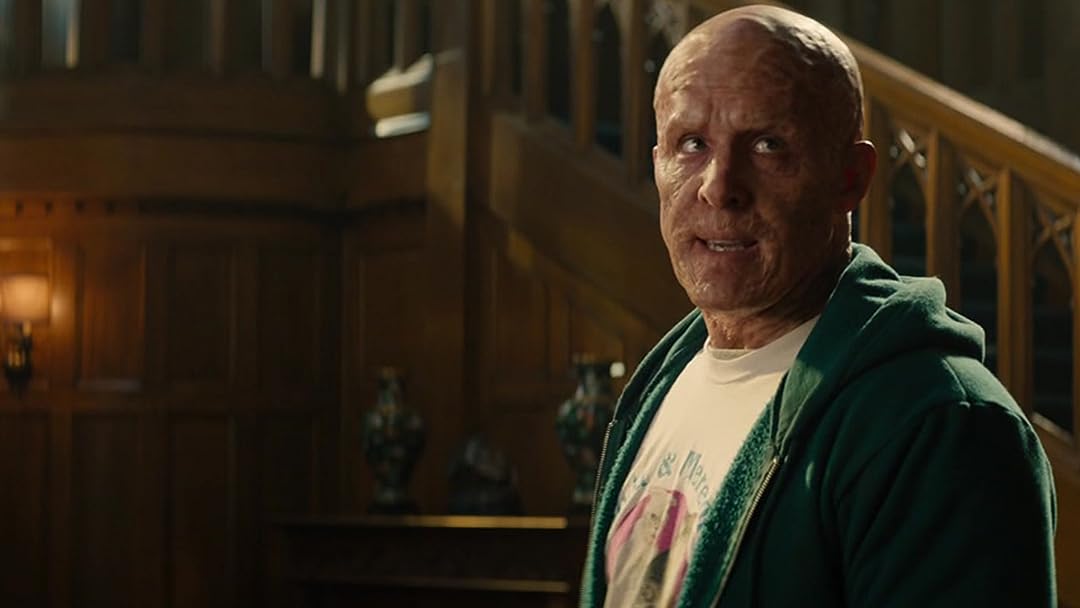 (54,177)
7.71 h 59 min2018X-RayHDRUHDR
Wisecracking anti-hero Deadpool joins a motley collection of mutants to save a rebellious teenage mutant from the grip of a powerful enemy

Save with with the Deadpool movie collection on Prime Video shop now.

John LuscombReviewed in the United States on September 28, 2018
1.0 out of 5 stars
Really?
Verified purchase
Who in the hell thought it was a good Idea to just put no sort of menu or anything on these digital downloads? I have to watch or skip the ENTIRE MOVIE to get to the actual super duper cut of the movie? Not only that, but I didn't find that out until after already watching the movie thinking "Man, there was really nothing special about that..." Only to have the actual special edition start playing immediately after the credits with ZERO indication that "Oh hey, guess what THIS is the extended version that you bought lol have fun watching it again right away.

Seriously, I feel like Deadpool should have gone back in time to whoever thought this was a good way to distribute digital media and perform an execution like he did to Green Lantern. You guys really dropped the ball on this one, I feel like I could have just used the money that I spent on this to buy a homeless guy crack and the money would have been better spent.

Ledhead11Reviewed in the United States on August 25, 2018
5.0 out of 5 stars
Every bit as fun as the 1st
Verified purchase
We only watched the extended cut so far and have not seen the theatrical cut. I laughed till I cried. Seriously wasn't sure how this one would be. You know, sequels and all. It was awesome! All the style of the first one without a total copy of the plot. They continue to also remake X-Men characters the way they should've been in the 1st place. Haven't laughed this hard in years!

Can only hope that if Disney/Fox happens they have the courage to leave this alone and let the crew continue as is.

If you liked the first one then this is totally worth it.
108 people found this helpful

ShovelheadtedReviewed in the United States on August 10, 2018
5.0 out of 5 stars
It's Deadpool
Verified purchase
I recommend the uncut version. If you got this on Amazon digital you have to fast forward to 1hr59mins to get to the uncut since tje menu is non existent
138 people found this helpful

Phil CrescenzoReviewed in the United States on September 23, 2018
1.0 out of 5 stars
Massive letdown
Verified purchase
The first one was so much better. This one suffered from horrible writing, bad jokes and far too much slapstick. I also did not care about the kid and found the plot line of saving him tedious. As well, it seemed a bit silly watching them kill 50 people just to convince the kid not to kill one person. In short, it was a complete letdown. The first one is a classic. This one is a dud.
54 people found this helpful

NightlisticReviewed in the United States on August 12, 2018
5.0 out of 5 stars
Deadpool at his finest! Epic Movie!!!!!!
Verified purchase
What more can I say. It's Deadpool, and the Super Duper uncut version of the movie is just what you expect from an Deadpool movie. Only thing I wish there was is the option to go directly to the Super Duper Uncut Version since the digital version on Amazon plays the Theatrical First, then the Uncut one right after. I did find you can use the skip scene option to get to the uncut version but I think Amazon or whom ever is in charge of digital releases should make it more user friendly to get to the version you want like on Bluray.
67 people found this helpful

T. HulseReviewed in the United States on August 26, 2018
5.0 out of 5 stars
Ryan Reynolds is extremely funny
Verified purchase
There is absolutely no question that the script was written specifically for Ryan Reynolds. Only Ryan Reynolds could pull off that type of humor in those situations. It was very entertaining but certainly not something for the teenage and younger crowd.
42 people found this helpful

Dan BReviewed in the United States on August 13, 2018
5.0 out of 5 stars
The movie was great. The streaming solved.
Verified purchase
I have updated the streaming version after discovering how to be able to jump to scenes. When watching or beginning the movie press the up button on the remote. The movie will pause and you will see information. Press the up button again. At the top of the screen you will see a menu. Press the up button again to get to that menu and then press the right or left button ( not fast forward buttons) and select scenes. You can then use the right or left buttons ( around the circle ) to select the scene you want, including the Super Duper Cut. I do not know if Amazon updated the content or it was just user error. Regardless the streaming is as functional as a DVD now. The movie itself was great. I feel the Super Duper version just added scenes that deserved to be cut.
70 people found this helpful

DomReviewed in the United States on November 14, 2018
4.0 out of 5 stars
DEADPOOL 3... Because 3rd time's a charm!
Verified purchase
Good Sequel, but not as good as the first Deadpool movie. Ryan Reynolds and crew nailed their characters but story and script need better writing.
They say 3rd time is a charm!?
DEADPOOL 3 maybe bring a cameo of an aged old cranky character actor that knows a little about another Deadpool... Clint Eastwood
Could show up out of the blue on a scene Deadpool (Ryan) is ready to despatch a few baddies and Eastwood effortlessly mows them down before Deadpool has a chance.
Taking out 5 baddies camera panning to Eastwood dressed as an old Dirty Harry suit as he unloads the spent shells onto the floor blowing off the smoke from the end of the (7.5"!!!) barrel saying, "The Magnum Research BFR 45-70 Government model is the most powerful gun in the world. Best to have when 2nd best just won't do."

Ryan's quips miffed about Eastwood's taking the wind out of his sails taking out the baddies retorts with a barrage of sarcastic oneliners alone the lines of
"Grandpa! Spent all you pension on the gun and bullets? Shoot less, save up for a new suit, NOT from the 70's!"

Up close looking at the barrel, almost face to face with a grisly Eastwood with the barrel between them, Ryan says "So it this how you make up for things to compensate for those little blue pills working? Not even 8"inches"... Eastwood's retort, "Well at least I'm not prancing around like one of the fairies from the Nutcracker suite."

Ryan: Hey! I like my liberatingly freeing, stretchy Superhero suit! Besides, it doesn't show blood."

Eastwood "Seems it doesn't show a lot of things" They both look down, both look at camera (4th wall)

Ryan: "It was cold out this morning!

Ryan: "Well this material intentionally provides support in that area"

Eastwood: "Looks like it supports the ERA too.
So much for your liberatingly stretchy defense, seems like your buddies could use with a little air and sun to grow."

Eastwood: Ya got me there.

Ryan: Besides, I'm not the one with the oversized extension of their manhood running around town killing people with a Safari gun.
By the way Gunga Din called said they want Elephant season and they want it back!

Eastwood: That all you got...punk?!

Ryan: (looks at camera and shruggs his shoulders, then looks back Eastwood) Who cuts your hair

Eastwood: (cocks reloaded pistol and places the end of barrel on Ryan's nose and say "Go Ahead, Make my Day!"

Ryan: So angry grandpa! Back up

Eastwood: standing still takes gun off Ryan's nose, swings straight arm to his right still looking forward at Ryan and fires killing a 6th baddie coming out from behind a box with a machine gun before getting a shot off.

Eastwood: "Works for me" as he walks off into the distance

Ryan: That is so wrong!
Ryan: I liked you better when you were in Madison County

Eastwood: Waving his pistol upward in recognition "Go home and puts some man clothes on before you catch cold"

Ryan: Always has to have the last word! I Love that Guy!

Eastwood: I heard that! Don't plan on any showers together anytime soon!

Ryan: Yeah!, But I made you look!
Ryan walks away, mumbling to himself in disgust shaking his head looking down at floor. Can't even be a Superhero in LA anymore without someone interfering...
Then yells back....
"I'M NOT CLEANING THIS UP!"
Looking back Eastwood already gone! "Damn!" Kicks air on the floor.

Don't mess it up guys!
12 people found this helpful
See all reviews
Back to top
Get to Know Us
Make Money with Us
Amazon Payment Products
Let Us Help You
EnglishChoose a language for shopping. United StatesChoose a country/region for shopping.
© 1996-2022, Amazon.com, Inc. or its affiliates