You've subscribed to Modern Necromancy! We will preorder your items within 24 hours of when they become available. When new books are released, we'll charge your default payment method for the lowest price available during the pre-order period.
Update your device or payment method, cancel individual pre-orders or your subscription at
Your Memberships & Subscriptions
There was an error. We were unable to process your subscription due to an error. Please refresh and try again. 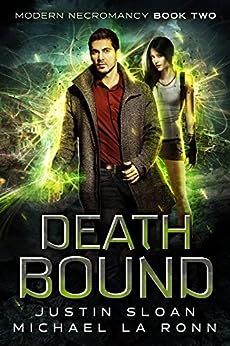 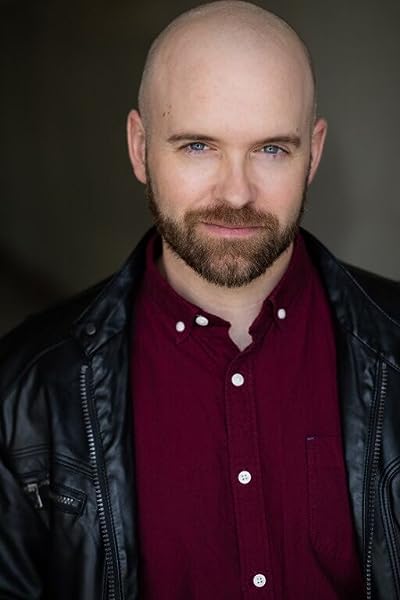 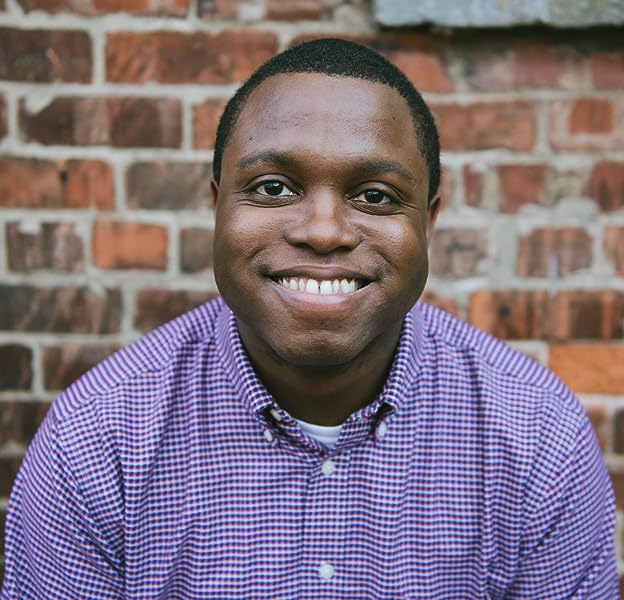 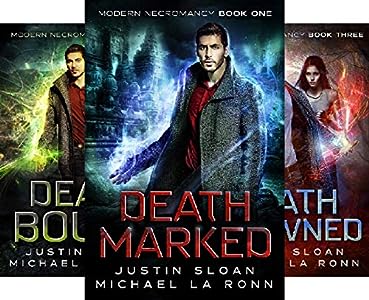 4.1 out of 5 stars
4.1 out of 5
13 global ratings
How are ratings calculated?
To calculate the overall star rating and percentage breakdown by star, we don’t use a simple average. Instead, our system considers things like how recent a review is and if the reviewer bought the item on Amazon. It also analyzes reviews to verify trustworthiness.
Top reviews

Holly Lenz
5.0 out of 5 stars An action packed dark fantasy adventure
Reviewed in the United States on March 1, 2017
Verified Purchase
Death Bound is the second book in the series. It can be enjoyed independently, but it is better if you have the foundation, so start with Death Marked.

The book is short, action packed, and highly entertaining. I had a hard time setting the book down, so I finished it overnight. I appreciated that the page numbers on my Iphone were accurate (a rarity with Kindle books).

Warning- this book ends with a bit of a cliffhanger. Be prepared to continue on to the next book once you finish it.
Read more
3 people found this helpful
Helpful
Report abuse

KelticKat
4.0 out of 5 stars Adventure woven with Ancient Myth
Reviewed in the United States on August 16, 2018
Verified Purchase
This story took Rohan on a journey to Peru and into the myths and lost city of the Incas.

He also had a new traveling and spirit busting companion - Nora. Nora reminded me of a bit of the Laura Croft character - and for me that wasn’t a bad thing.

Raine (Lorraine) Savary
5.0 out of 5 stars Great series
Reviewed in the United States on March 13, 2017
Verified Purchase
I just read this complete Trilogy in one sitting. This is not your usual necromancer series. It's not zombie apocalypse. It developes to a fast paced climax in the well written third book.
Read more
2 people found this helpful
Helpful
Report abuse

Patricia A Folks
5.0 out of 5 stars Attention
Reviewed in the United States on July 8, 2018
Verified Purchase
That is what this book was. Grabbed my attention from the start. Couldn’t put it down. Just had to find out what was going to happen next. This is a great read. Waiting for the next book. You will truly enjoy reading this book.
Read more
Helpful
Report abuse

Startime
5.0 out of 5 stars Must read!
Reviewed in the United States on April 15, 2017
Verified Purchase
Excellent read! Rohan kills his enemy, but now has to contend with his ghost.
Read more
2 people found this helpful
Helpful
Report abuse

Clara
1.0 out of 5 stars I just couldn't get into it.
Reviewed in the United States on August 15, 2017
Verified Purchase
I wanted to like this but couldn't make heads or tails of it. Finally just stopped reading. To bad I have all three books
Read more
Helpful
Report abuse

Rosemary56
5.0 out of 5 stars Death Bound - a review by Rosemary Kenny
Reviewed in the United States on December 13, 2017
Once more Rohan is bedevilled (literally), by the evil spirits of Frank and Anne Altemus - not dead as he [and we], thought - from the previous novel, of this often surreal and sometimes serene series, by unbelievably creative King of the Fantasy Epic, Justin Sloan.

Staggeringly, the evil pair's souls are united and stronger than ever - even able to possess the bodies of Necromancers such as Rohan - and new ally, Nora - using them [and others] as unwilling hosts for their own purposes.
The ensuing battle will decide the fate of humanity for all time...whoever possesses both ancient artefacts will be able to control demons and release them to destroy the known world.
Rohan and Nora must call on previous ally the Lich King, who currently keeps demons in the lower levels of Hell by using the Staff of O'Lin [returned to him by Rohan], as the action moves above and below ground and from North America to Peru, ending in an epic battle in the vertiginous Inca city ruins of Machu Picchu.

This fascinating epic fantasy action-thriller will entertain and engage the reader, with its well-rounded protagonists and fast-moving, gripping storyline...move over Harry Potter and Indiana Jones - Rohan the Necromancer's in town to kick ass and get the job done once more!
Read more
One person found this helpful
Helpful
Report abuse

Lisa B.
VINE VOICE
5.0 out of 5 stars Lara Croft Meets Indiana Jones
Reviewed in the United States on February 15, 2017
The ghosts or spirits of Artemus and his evil woman Anne have returned looking for a body to possess in order to fulfill their quest of opening the door to the afterlife and taking living and the dead. This book, just like the first one, was full of action from the start. I do have to say though that Rohan has really bad luck with women. He just can't catch a break. I love how, so far, he always visits a foreign country that is full of adventure. In this journey we get to trek across the rainforest, which is my favorite setting for any book. The heroine is a wonderful character that is very likable. She is very capable and not whiny at all. You will love her. These two authors have very brilliant minds to think up such complex stories. They make it seem so real it's really creepy. Needless to say, I tried not to read it before bedtime as I am bad to dream of what I've been reading if I do. It had an explosive ending. There wasn't really a cliff hanger, but another adventure was getting ready to start. I loved it!
Read more
2 people found this helpful
Helpful
Report abuse
See all reviews

susan daly
5.0 out of 5 stars Riveting
Reviewed in the United Kingdom on January 2, 2017
Verified Purchase
great story. Waiting for the next one. Best read in these categories in a while. Can say the same about the first book. Went straight to this one.
Read more
Report abuse
See all reviews
Back to top
Get to Know Us
Make Money with Us
Amazon Payment Products
Let Us Help You
EnglishChoose a language for shopping. United StatesChoose a country/region for shopping.
© 1996-2021, Amazon.com, Inc. or its affiliates