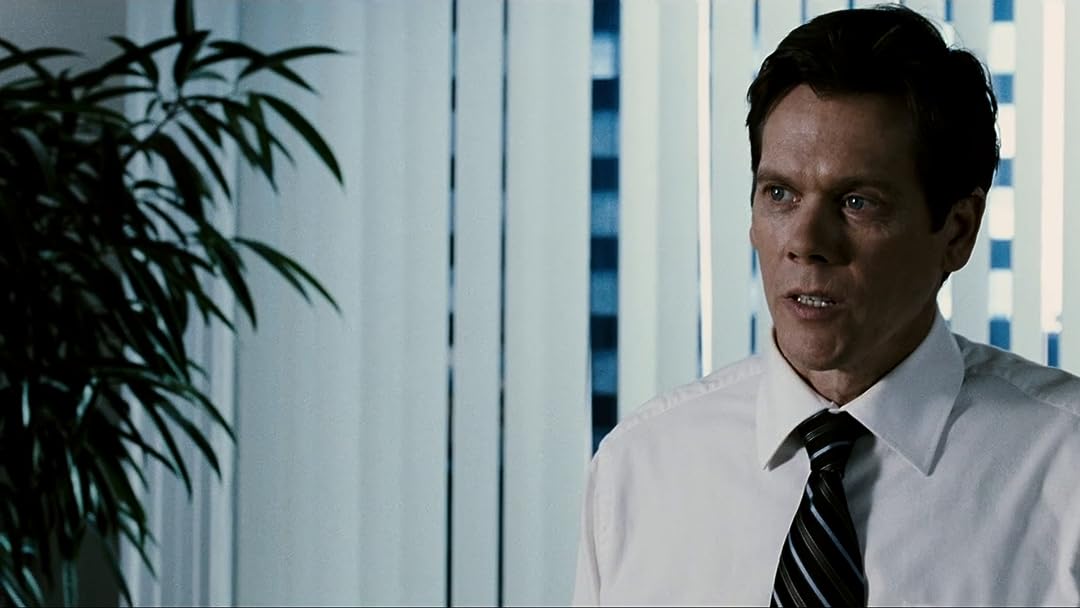 sharonReviewed in the United States on November 10, 2022
5.0 out of 5 stars
loved it
Verified purchase
loved it

LeeReviewed in the United States on August 14, 2020
2.0 out of 5 stars
Eh
Verified purchase
This was okay, but really just kind of a lot of male d___ swinging. I understand it when movies like this come from times gone by, but things change. Even for being made in 2007, it's a little bit tired. The entire cast, while well acted and more or less believable, suffer from fatal, toxic masculinity. I mean that quite literally: people die in this movie, because they can't put down their pride. They make decisions that, yes, people do make in reality, but which the vast majority of society is questioning at this point, and the number of people here who don't go "how about we don't" is unrealistic. (Because it's no one. Not one person goes- maybe we should stop doing this stupid machismo crap where it's just a vicious cycle of murders.)

I think at this point, society is going... are macho guys really something to look up to? Is revenge and being vindicated something to which to aspire? I feel like DC superheroes are years ahead of the curve on this one. You can use the injustices you've seen to drive you to fight against the inequalities in the world you live, or you can just go nuts, kill people, and then end up in that cycle that serves no one and nothing.

And here's the thing, too. I like John Wick. The character depth in those admittedly hyper-violent movies that I maybe shouldn't like as much as I do, is so much more than what you get here. Whereas with John Wick, we know that his previous profession was that of an assassin, one of the topmost, who not only loses his wife, but then has salt rubbed in the wound at the death of his dog. The guys he fights against are beyond villanous, and his past makes everything plausible in relative terms. But in Death Sentence, we see the main character doing things that a desk jockey, father of three just shouldn't be able to do. This pasty upper middle class American dude just shouldn't be outrunning, out-fighting, and out-gunning gangsters, who should assuredly have far more street fighting ability, more physical strength, and less reluctance to be violent. So unlike John Wick, whose revenge and all the things in that series that come after are believable for that character, you don't have that here. John Wick is an interesting, if violent story, about a nuanced character, whose background is deeply relevant to the action. Death Sentence is just a middle class, toxic masculinity, white male power fantasy in the revenge flavor. And not even a good one, at that. It is in no way on par with a movie like say, Falling Down. And again, this comes down to character nuance. William Foster, the protagonist of Falling Down, is pushed and pushed and PUSHED to the ends of his reasonable emotional limits, and we see this displayed in a way that we really FEEL it. Death Sentence doesn't manage to pull that off, even with the heavy-handed death of the main character's son. Additionally, in both John Wick and Falling Down, we're never given the sense that we should glorify the protagonist; we just see the series of events that unfold. They're characters who have both good and bad traits, and do both good and bad things. Certainly we're given a lens where their good outweighs their bad just enough to want to keep rooting for them, but Death Sentence's Nice Hume isn't written this way. He definitely gets huge doses of protagonist immunity and it's clear that they attempt to glorify him.

I'm only giving it 2-stars instead of 1, because it does have some redeeming qualities. The pacing is good, the acting is good or fine (depending on which character/ actor), and I didn't get so bored as to stop watching it. The visual shots and dialogue aren't bad, either, even if nothing especially shines. I was just hoping it would develop more, and show up with something less cliche. It didn't. Oh well.

D E AReviewed in the United States on June 30, 2022
4.0 out of 5 stars
The movie itself is and has always been great.
Verified purchase
The movie does not play the last 30min, I tried everything from cleaning, replaying from different scenes, turning it off and on, fast forward, everything!. Bad disc! This sucks! I can't find it on bluray or I'd get that.

William KrobReviewed in the United States on September 8, 2022
5.0 out of 5 stars
Great plot and action
Verified purchase
Liked everything except when the wife was killed

B. BeachReviewed in the United States on December 22, 2007
4.0 out of 5 stars
Classic cliches and mixed messages, but great for a dark mood.
Verified purchase
After watching this you may feel a little distant and on edge. It isn't a simple 'revenge' theme. The message may be that the cost of 'justice' can be higher than the cost of the injustice, and in the end you can't make it all come out equal. But the message seems secondary to what I liked about this film.

Cliche's become fresh again if they are done well. The scenes of violence taken independently are well composed. The acting is all well done, but you must also really give credit to good music scores and the cinematography for making it work.

A brief list of movie points (without giving anything away):

Casting is very well done, especially with Goodman and the bad guys. Bacon is a great choice as he can play the family man, victim, and psycho all very well.
The beginning tries to establish the characters to build empathy for their later duress. This is standard, necessary, but a little sappy - so don't get too critical.
The buildup for the first violent scene is excellent as you scream at Bacon to open his eyes to where he is and what is going down (classic horror).
The 'bad guys' hang out is introduced to the sound of Jimi Hendrix, and they are very well casted as dudes you do not want to ### with.
John Goodman is simply outstanding in his role and acting.
The first revenge scene is very believable in how it happens.
The 'bad guys' are shown as having emotions and intellect, not just as dehumanized thugs, + the balls to whack you at your favorite Starbucks at noon (there's no Starbucks in the movie, just making a point).
The 'Rambo' part of the film fullfills it's brutal purpose with a neat change in filming.
The end scene gives a tribute to Robert De Niro's early work in Taxi Driver.

You will probably be left with a dark alienated mood not a clear simple message. So watch it for the mood, not a message.
"2 thumbs up"
17 people found this helpful

Bessie ManganiotisReviewed in the United States on August 5, 2022
5.0 out of 5 stars
intense
Verified purchase
great movie

stephany showersReviewed in the United States on February 28, 2022
4.0 out of 5 stars
great movie. watched this once before.
Verified purchase
great revenge, lots of action. 2nd watch 02/27/2022.

Sheri H.Reviewed in the United States on June 20, 2022
5.0 out of 5 stars
In the middle of the movie it skipping and pixalating
Verified purchase
I should return the movie ' i don't know how to tho'
See all reviews
Back to top
Get to Know Us
Make Money with Us
Amazon Payment Products
Let Us Help You
EnglishChoose a language for shopping. United StatesChoose a country/region for shopping.
© 1996-2022, Amazon.com, Inc. or its affiliates