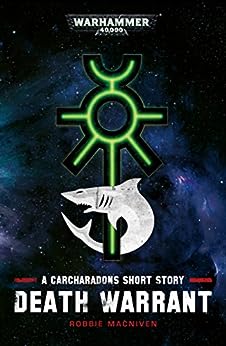 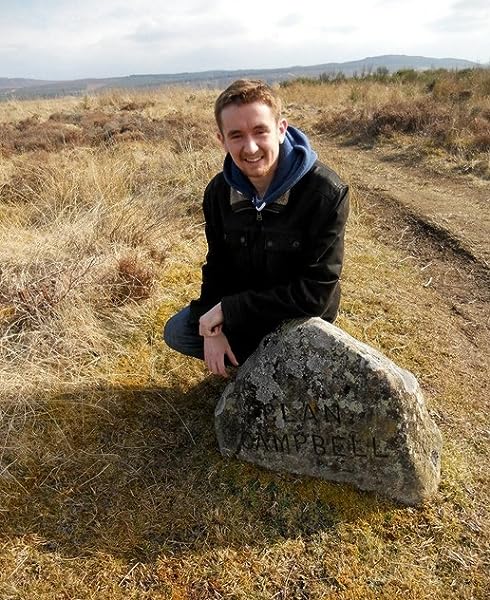 by Robbie MacNiven (Author) Format: Kindle Edition
Related to: Carcharodons
See all formats and editions
Sorry, there was a problem loading this page. Try again.

Conor
4.0 out of 5 stars Neat short story
Reviewed in the United States 🇺🇸 on October 17, 2022
Verified Purchase
Another excellent story by Robbie MacNiven featuring the Carcharodons. In this story a Rogue Trader (think Lara Croft) and her crew come across a temple, which contains a mysterious Xenos species that the Space Sharks have come to deal with. Features a character from ‘Red Tithe’ and introduces another character who appears in ‘Outer Dark’. Overall, a fun quick read
Read more
Helpful
Report abuse

Kindle Customer
4.0 out of 5 stars Nasty and relentless
Reviewed in the United States 🇺🇸 on April 7, 2022
Verified Purchase
The Carcharodons are bad ass, Non stop destruction and carnage, I want to read more of their bloody exploits, because it's 40k, which means blood.
Read more
Helpful
Report abuse

Gunlord
4.0 out of 5 stars (Space) Sharks and Skeletons
Reviewed in the United States 🇺🇸 on January 28, 2018
Verified Purchase
A very fun little side-story about the Warhammer 40,000 Space Marines Carcharodons chapter–I’ve read other books from Robbie on this subject, as loyal readers will know. Essentially, Anjelika Trayn, an Imperial rogue trader (pretty much a 40k combination of prospector and treasure hunter) and her crew land on what seems to be an uninhabited planet. Naturally, they soon find out that it used to be inhabited, and in fact, still is, just not by humans. Judging by the Necron emblem on the cover, you can tell what aliens are sleeping there, and given the fact that this is a Robbie MacNiven story, you can bet the Carcharodons space marines will come by to deal with them!

The story, naturally, details Trayn’s attempts to survive as she’s caught between the inhuman Necrons and the almost as inhuman Carcharodons. Honestly, you don’t get as good an impression of the inhumanity of the latter in this story as you do in the others Robbie has written. There’s not much dialogue or background, it’s just a straight up tomb romp from start to finish. But if you’re looking for some action, then Robbie delivers, as always. The ending was a little happier than I expected (though not by much, obviously) and the Space Marines seem more like just generic stand-ins than the merciless but logical killing machines they were in, say, Red Tide or the other MacNiven book I read recently, “The Reaping Time.” Still, I had fun, so I’ll give this 4 stars.
Read more
3 people found this helpful
Helpful
Report abuse

Dennis Young
5.0 out of 5 stars Short but strong
Reviewed in the United States 🇺🇸 on January 29, 2022
Verified Purchase
A short read but well worth the time. Anyone who are fan's of the Carcharodons will especially love this. Too bad it wasn't an entire book.
Read more
Helpful
Report abuse

Nick
5.0 out of 5 stars Good, quick read.
Reviewed in the United States 🇺🇸 on November 29, 2019
Verified Purchase
Robbie MacNiven has done a fantastic job with the Carcharodons and every story. No matter how short, you add to the lore and flavor. This one is a fun, fast read and well worth the time.
Read more
Helpful
Report abuse

Richard Martin
5.0 out of 5 stars Brief but entertaining.
Reviewed in the United States 🇺🇸 on March 29, 2020
Verified Purchase
A short tale of the consequences of persnal greed with wider impact on the Imperium. Met with the inevitability of unflinching vigilance.
Read more
Helpful
Report abuse

Jordan
5.0 out of 5 stars Great short story!
Reviewed in the United States 🇺🇸 on April 8, 2020
Verified Purchase
Excellent progression. Action packed at all times. I would absolutely recommend this to all 40k fans as a great quick read!
Read more
Helpful
Report abuse

Mr R Allwood
5.0 out of 5 stars Death Warrant
Reviewed in the United Kingdom 🇬🇧 on October 22, 2019
Verified Purchase
Great short story about the mysterious Carcharodons which shows them from a humans perspective as grim and ominous dark protectors of the Imperium. I particularly enjoyed the end where we see how far they will go to protect themselves from u wanted scrutiny
Read more
2 people found this helpful
Report abuse

Calum Deighton
5.0 out of 5 stars Kia Orrae
Reviewed in the United Kingdom 🇬🇧 on May 10, 2020
Verified Purchase
Really well ties in with the books. Sets up a really good story with the Chapter and Thor ways, and just a good read for thoughs fans of the Carcharadon Astra.
Love more books to be written on them. Love to learn more about the Exiles; and, the Forgotten One's Sons.
Read more
Report abuse

Amazon Customer
5.0 out of 5 stars Excellent!
Reviewed in the United Kingdom 🇬🇧 on August 25, 2017
Verified Purchase
Another great short story from Robbie McNivien. His Charcarodon Astra stories are very enjoyable and I hope this short is a precursor to another full novel.
Read more
2 people found this helpful
Report abuse
See all reviews
Report an issue
Does this item contain inappropriate content?
Report
Do you believe that this item violates a copyright?
Report
Does this item contain quality or formatting issues?
Report