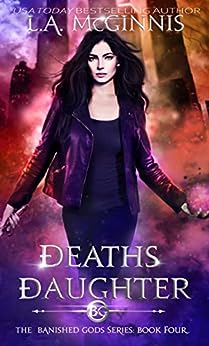 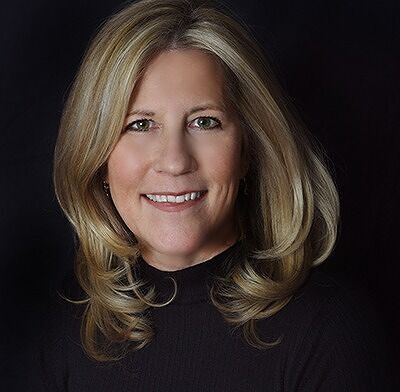 by L.A. McGinnis (Author) Format: Kindle Edition
Book 4 of 7: The Banished Gods Series
See all formats and editions
Sorry, there was a problem loading this page. Try again.

She'd burn the world down for him.

He'd save it for her.

Hunter Wallace’s luck just went from bad to worse. Case in point? The immortal god she’s avoided for centuries has become her only hope for survival.

Tyr left Hunter’s home in ruins and her people dead. Everything he touched was poison, costing her everything she’d ever loved. She knew if she ever saw him again, she’d kill him on sight. But when New York is razed to the ground, and her entire team killed, she has no choice but to go to him for help.

Destined to a life of endless conflict, Tyr never forgot the fierce Scottish princess he left behind. But a thousand years hasn’t dimmed her hatred for him—and when she shows up on his doorstep—he discovers that flame still burns bright.

With her home reduced to ashes and a heart haunted by the past, Hunter’s joins forces with the immortal god whose life has been forever intertwined with hers, while she tries not to fall in love with the male who betrayed her.

In a world ravaged by war, Hunter discovers why Tyr’s greatest treachery was also his greatest gift.


Finalist in The Paranormal Romance Guild's 2020 Reviewer's Choice Awards for best urban fantasy series-this is the fourth installment of the Banished Gods series, and this full length book includes one unearthly princess, the God of War, steamy love scenes and a revelation with a twist—experience this enemies-to-lovers HEA you won’t forget.

~Get your copy today~
Read more
Previous page
Next page

Next 4 for you in this series See full series
Total Price: $15.96
Books In This Series (7 Books)
Complete Series
The Banished Gods Series
Kindle Edition
Page 1 of 1Start OverPage 1 of 1
Previous page
Next page

Fueled by black coffee, ice cream and bad nineties music, L.A. McGinnis spends her days writing best-selling steamy fantasies filled with damaged heroes who long to be whole and smart, authentic heroines. A life-long fascination with storytelling inspired her to weave these contemporary tales of legendary fated mates where the princess never needs rescuing, but sometimes the hero does.

Mom12
5.0 out of 5 stars Very well done PNR- outpaces Marvel Studios anyday!
Reviewed in the United States on October 15, 2019
Verified Purchase
Outstanding! This book rocked my world and I loved every minute of it! This is book 4, but it was very easy for me to jump into the story without reading the previous books. But after reading Death's Daughter? I bought all the others in the series.

This is a dystopian story filled with Gods, Godesses, elves, witches, you name it. And it all works without getting muddled in confusing mythology. It was a joy to read about Odin and his family. McGinnis took the mythology and turned it on its head. It's simplified, concentrating on relationships and winning the war that has devastated Earth. There's a huge monster, the God of Chaos, that has destroyed everything in its' wake. The story revolves around the fight, and the men and women desperate to save the world. It's magnificent in the battle scenes, creating a much better picture than anything from Marvel studios. These people are fierce and brave, and the emotional toll of the war is palpable.

This is a relatively new author, and she writes with style and finesse, making every scene dance off the page. She makes these supernatural beings human in the way they fight for each other's lives. I was riveted. It flowed beautifully from one chapter to the next, with surprises that made a real difference in the storyline. I can't wait to read the series from book one. This author is a wonderfully fresh new face in the paranormal fantasy genre.

Susan C Hutchinson
5.0 out of 5 stars It just gets better and better
Reviewed in the United States on October 15, 2019
Verified Purchase
L. A. McGinnis delivers yet another adrenaline rush with Death’s Daughter, book 4 of her Banished Gods series. This time, the center of focus is Tyr, God of War and his millennia long love/hate relationship with Hunter Wallace. As they both battle the evil Orobus, truths are revealed, acceptance of self is achieved and a chance at victory hovers in the wings, close, but still frustratingly still out of reach. McGinnis has a gift of storytelling that will keep you enthralled, rooting for the good guys. But keep the nitro tabs handy in case a heart attack creeps up on you while you read this. I can’t wait for the next book!
Read more
One person found this helpful
Helpful
Report abuse

Danielle Petit
5.0 out of 5 stars I LOVE THIS SERIES!!!
Reviewed in the United States on March 7, 2020
Verified Purchase
I love this series of stories. Have read the first four so far and cannot wait for the next!! Each book builds the overall story but develops different characters. Cannot get enough!! Thank you!
Read more
Helpful
Report abuse

Paul Keusemann
4.0 out of 5 stars Gods in trouble
Reviewed in the United States on February 26, 2020
This is the first book I have read and being the fourth in the series I am missing some of the background information I might otherwise have. That being said, I didn't have too much trouble picking things up.

This is an interesting take on the gods mythology. There's a mix of magic and technology in use here which I did not expect. Gods driving Hummers and having trouble with comms. The gods may be immortal, but they can be hurt and even killed if they're not careful. And boy can they be stupid but omnipotence is not very interesting and this is an interesting bunch. There's plenty of infighting, suspense and drama along with a little romance and some sex too. The ending wraps up things up pretty well but there's obviously more to this story and it piqued my interest enough that it looks like I'll have to swing back around to the beginning of the series to see how the gods got themselves into this mess.

I received a free copy of this book via BookSirens and am voluntarily leaving a review.
Read more
Helpful
Report abuse

Uncaged Book Reviews
VINE VOICE
5.0 out of 5 stars This Series Would be Great on the Big Screen
Reviewed in the United States on March 1, 2020
In the fourth book in this series, we finally find out the back story of Tyr, and his very long history with Hunter. When Tyr saved Hunter’s life with an old spell, he put a piece of dark power inside of her unintentionally. Hunter has hated him for a thousand years. But what happens when the two are thrown together in this massive war against evil?

When the Orubus finally attacks, Hunter throws herself between the evil and Tyr to save his life, knowing that she was forfeiting her own. But one more deal....

If you are an urban fantasy fan, or a romance fan, you will enjoy this series with the Norse gods fighting the evil. The edge-of-your-seat action and the all or nothing love between these warriors will win you over. I don’t recommend reading out of order because of the main story arc and the recurring characters.
Read more
Helpful
Report abuse

alias11
5.0 out of 5 stars Interesting mix of gods, magic, and technology
Reviewed in the United States on December 17, 2020
This is an engaging and exciting read. This was my first read in the series, so I missed a little background. I was still able to keep up with the story, so it can be enjoyed by itself, but it's probably even better if you've read the other books in the series. There is an interesting mix of gods/goddesses, modern times, magic, and technology. I like strong heroines, and Hunter really fit the bill on that. She and Tyr are both immortal, their fates linked, and she hates him. If you read the book, you'll find out why. It's a dystopian tale, and there is a war going on, so lots of action and some romance. I enjoyed this unique world and the well-developed, flawed characters at it's center.

I received an ARC and am voluntarily leaving this honest review.
Read more
Helpful
Report abuse

Karen Koenig-Smith
4.0 out of 5 stars kick ass heroine
Reviewed in the United States on December 11, 2020
I was given a free copy of this book and I decided to give it an honest review.
The Norse gods are used in this series, but this in the only book in the series, I have read. Loki and Thor seem to be minor characters in this book, which threw me off. Loki is described as manipulative but not the god of mischief and is a trusted member of the group. I don't remember Thor ever being described as the god of thunder, he is just a member of the group and has no leadership status. While I was immediately pulled into the novel, it took me a few chapters to warm up to Hunter. Once I better understood her motivation, I started to like her. I immediately like Tyr, he respected Hunter's skills from the very beginning. He wants to keep her safe, but isn't stifling.
Read more
Helpful
Report abuse
See all reviews