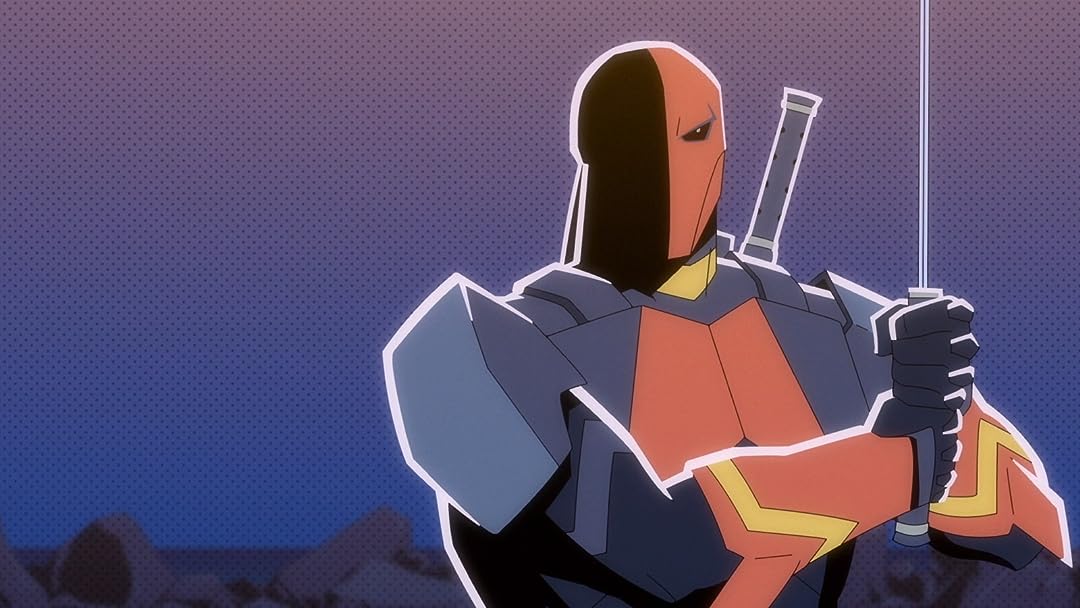 (4,539)
6.31 h 27 min2020R
Master Assassin Slade Wilson leads two lives: a relentless killer known as Deathstroke and a family man. Can he atone for the sins of the past—or will his family pay the ultimate price?

NizReviewed in the United States on September 1, 2020
3.0 out of 5 stars
Deathstroke didn't get the treatment the character deserves in his own movie
Verified purchase
What makes Deathstroke a compelling character and a fan-favorite? It would be all the nuances this movie missed, even though you can tell they tried to capture those nuances while making Slade a "hero". But making him a hero is where the movie failed.

Deathstroke is neither hero nor villian. He is an ethically failed character but with a strict code of morals and values. He strives to be the best there is at what he does, but also fiercely loves and is dedicated to his family. This movie sets him up to be a confused hero, which he is not. While he does often choose to avoid full-on evil/sadistic employers, he isn't "virtuous". It also misses that while Deathstroke is a master warrior and tactician, he is also a master strategist. This movie basically has him always taking bullets, getting beat up, and one-step behind the enemy at every stage.

How they chose to craft this story is also baffling. Why take such a complex character with years of great stories to pull from; and slap together this nonsense? I guess they were trying to take a "fresh" approach, but they easily could've just crafted a story with characters true to their lore while still making it feel relatable enough to sell to the casual watcher.

Murad A WatsonReviewed in the United States on August 7, 2020
5.0 out of 5 stars
WOW! It gets you from the beginning!
Verified purchase
It is apparent this is not a 'For Kids Movie", I think the Trope of kidnapping the Killers Family is over-done, with that, it gives backstory that I was not aware of for Jericho of Teen Titans fame (for at least me). The ending is not a cute anti-hero overcomes all happy ending, close, but not the whole cigar. This movie had me screaming obscenities of "did that **** just happen!?". Oh I will watch this again and for those that made this movie I can only hope they make more.
22 people found this helpful

TomReviewed in the United States on August 20, 2020
1.0 out of 5 stars
Nope
Verified purchase
Nope. Not great. Deathstroke’s characterization is way off from his normal. He’s not a benevolent mercenary, he’s in it for the money. Also, very predictable. Yawn.
27 people found this helpful

Aaron BrysonReviewed in the United States on August 6, 2020
5.0 out of 5 stars
Must Watch!
Verified purchase
The animation, action, story, etc. was awesome! Whether you are Deathstroke fan or not, you will want to see this. They did a great job with this Deathstroke film.
15 people found this helpful

khuddleReviewed in the United States on August 23, 2020
5.0 out of 5 stars
DC Animation back on track after this one
Verified purchase
Pros:

+ Deathstroke is fleshed out. Being a casual DC comics fan, Deathstroke was kind of a mystery to me. All I knew was that he was a mercenary of some kind, I was unaware of his powers or his background. Well this movie fully explores the character, how he came to be, the powers he posseses and how he came to get them. I ended up liking the character more by movie's end.

- Story is a little too long

With Deathstroke: Knights and Dragons, DC Animation is back in the saddle, which is nice to see after the debacles that were Wonder Woman: Bloodlines and Justice League: Apokolips War.

SuperCanuckReviewed in the United States on August 6, 2020
5.0 out of 5 stars
Another Great DC animated movie!!
Verified purchase
Completely surprised how good this was!!! Deathstroke finally gets 88 full minutes to shine!!!
11 people found this helpful

JeanReviewed in the United States on August 23, 2020
1.0 out of 5 stars
Not good
Verified purchase
So violent and storyline I dont know, I realized it would be violent but just nothing to back it up. Felt like I'd seen something like it before.
10 people found this helpful

Russell SReviewed in the United States on September 16, 2020
3.0 out of 5 stars
I was not impressed
Verified purchase
I am what others may call a comic book nerd, so i know this character and i know the support characters. Having said that I did love the art work, it was right for this story. Deathstroke was good too. Now for all the negatives. There may be some spoilers here so it is up to you whether you go on or not. I did not like that Jericho was bad. He is one of my favorite heroes in DC. The bad guys here are Deathstrokes daughter Rose and the organization known as HIVE. Both of them are not worth it as bad guys. My other and last and biggest negative is that too much time is spent on Deathstroke and his ex wife Adeline bickering and arguing all the time. It took too much time and was seriously aggravating all the time spent on the arguing. I wish I had taken a pass. I was looking forward to it, too.
One person found this helpful
See all reviews
Back to top
Get to Know Us
Make Money with Us
Amazon Payment Products
Let Us Help You
EnglishChoose a language for shopping. United StatesChoose a country/region for shopping.
© 1996-2022, Amazon.com, Inc. or its affiliates