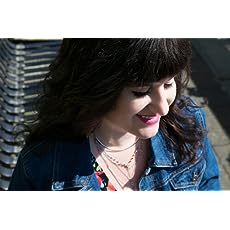 Her stories feature sassy women who kick butt, strong female friendships, and swoony, sexy romance. She's all about the happily-ever-after, with a huge dose of hilarity along the way. 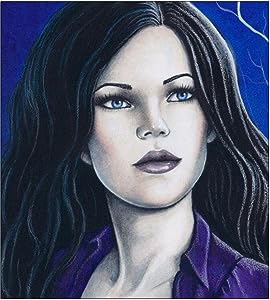 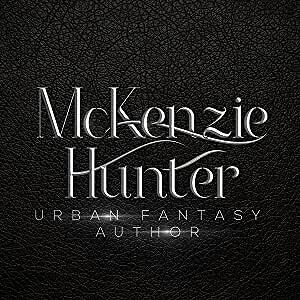 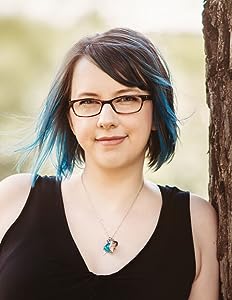 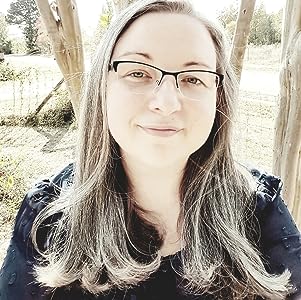 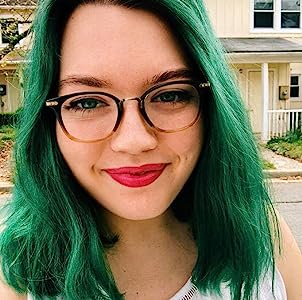 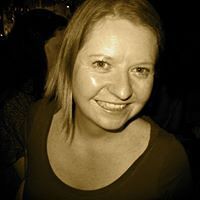 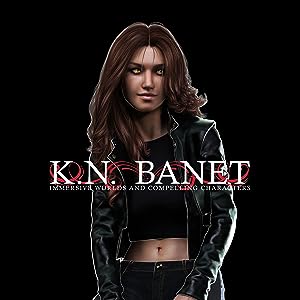 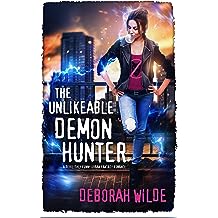 The Brotherhood wants her gone. The demons want her dead. Not bad for her first day as a Chosen One.

When Nava half-drunkenly interrupts her twin brother's induction ceremony into a secret supernatural society, she doesn’t expect to accidentally torch his life-long dream and steal his destiny.

Horrified she’s now expected to take his place, Nava is faced with something she never wanted: a purpose.

The society isn’t cool with a woman in their ranks and teams her with an ex-rock star handler to keep her in line. Too bad he’s exactly what Nava's always wanted: the perfect bad boy fling with no strings attached, because a hook-up with him is as dangerous as the vengeful demon out for blood–her brother’s.

And Nava’s the only one who can save him.

The Unlikeable Demon Hunter is a fast-paced urban fantasy series that readers describe as "fun, funny, and unapologetically raunchy... a clever guilty pleasure at its best." If you like snarky kickass heroines, a maverick mythology, and red-hot romance, then grab it today!

“Don’t buy it if your offended by bad language, immoral behavior, lose ethics, sassy attitude, hot guys ... cuz it does it all - and its GREAT!!!” – Amazon Reviewer 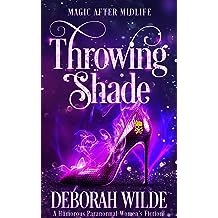 To make matters worse, her best friend goes missing and Miri is thrust into a world of hidden magic, vampires, and a legacy of hatred aimed directly at her. Hard to say which is more dangerous, this spiderweb of supernatural power plays, the grumpy French wolf shifter she’s teamed up with, or Miri herself, kicking butt and rediscovering the woman who got lost along the way.

But lines get blurred in the shadows, and if she’s not careful, she could lose everyone she loves. She’ll have to turn her invisibility into strength and pray they never see her coming.

Throwing Shade is a sassy, slow burn romance perfect for fans of K.F. Breene, Darynda Jones, and Shannon Mayer. Get it now! 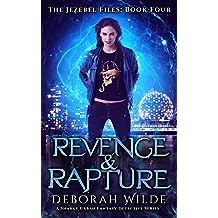 Ash is tightening the noose on her enemies…

… and praying the rope holds.

Ash’s revenge plans for Chariot and Isaac Montefiore take a surreal turn when Isaac’s wife hires Ash to find an item that Isaac is obsessed with. Ash takes the job, but this quest throws her back into Levi’s path and puts Rafael in grave peril.

Meanwhile, Ash’s search for a rare type of magic once again pits her against the Queen of Hearts. A little knowledge is a dangerous thing, but too much might prove fatal.

To top it all off, Ash’s mother is being blackmailed by someone threatening to expose Ash as a Rogue unless Talia resigns from her political career for good. Talk about putting the “fun” in family dysfunction.

Secrets, vengeance, and magic collide in the final chapter of The Jezebel Files. With love, family, and her enemy’s immortality on the line, a con set in motion fifteen years ago comes to an explosive conclusion, and Ash only has one chance to come out alive. 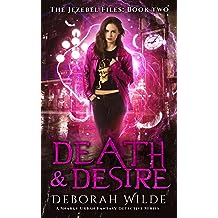 When you’re Ashira Cohen, smart is the new kickass.

When Ash is hired to solve her first murder, it seems like a perfectly normal, open-and-shut case of family feuds and bad blood. Until Ash discovers an evil magical artifact and her lead suspect is of the winged, white-robed, celestial variety. As if that weren't bad enough, if she can't find the perpetrator quickly, fourteen vials of lethal, ghostly magic will be sold to the highest bidder.

Her quest to figure out her Jezebel powers and find the shadowy organization responsible for stripping teens of their magic isn't going any smoother, either. Can't a girl just pursue her dream career without getting caught up in a mysterious destiny or playing a dangerous Sherlock-Moriarty game with her annoyingly hot nemesis?

But when Ash accidentally crosses the cunning and deadly Queen of Hearts, ruler of the magic black market, all those cases may go unresolved.

With the clock ticking, it’ll take all of Ash’s intelligence to survive with her moral center–and her head–intact.

The game is afoot and failure is not an option. 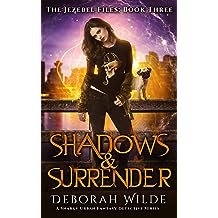 She should have specified she didn’t mean her family.

When a murder scene reveals a connection to Ash’s father who abandoned her when she was thirteen, she's stunned. He may be the key to stopping Chariot from achieving immortality.

The catch? He could be hiding anywhere in the world.

To make matters worse, Levi, Ash's romantic entanglement and brand-new boss, has his first official case for her: helping his ex-girlfriend, a.k.a. Ash's childhood tormentor.

No one ever said adulting was easy.

As secrets multiply and alliances get deadlier, Ash's investigation takes her back into Hedon and into her own past. Cracking this case could reunite her family... or cost her everyone she holds dear.

Actual ghosts have nothing on the ghosts of her past. 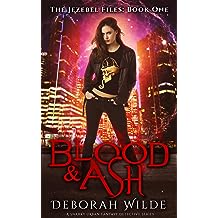 Ashira Cohen takes pride in being the only female private investigator in Vancouver. With her skills, her missing persons case should be a piece of cake.

She wasn't counting on getting bashed in the skull, revealing a hidden tattoo and supernatural powers she shouldn't possess.

Or the bitter icing on top: a spree of abductions and terrifying ghostly creatures on a deadly bender.

And don't even get her started on the golems.

Reluctantly partnered with her long-time nemesis Levi, the infuriating leader of the magic community, Ash resolves to keep her focus on the clue trail and off their sexual tension because WTF is up with that?

But with a mastermind organization pulling strings from the shadows and Levi's arrogance driving her to pick out his body bag, can Ash rescue the captives and uncover the truth or will the next blood spilled be her own?

Blood & Ash is the epic first novel in The Jezebel Files. If you like headstrong heroines, complex mysteries, and a dash of red-hot romance, you'll love Deborah Wilde's kickass urban fantasy. 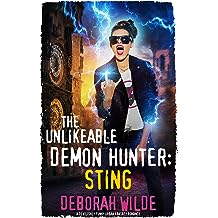 After a bumpy start as the only female demon hunter in the top secret Brotherhood of David, Nava Katz heads to Prague for her first undercover mission: unmasking a demon movie star.

She’d be all kinds of thrilled if it weren’t for the fact that her fellow hunter-with-benefits, Rohan Mitra, has reclaimed his rock star status and assigned Nava the role of groupie.

Rejecting her “be a good girl and follow orders” directive, Nava unleashes an alter ego guaranteed to hook their celebrity target and drive Rohan crazy.

No downside–until she finds herself up against Rohan’s past, the Brotherhood’s antiquated thinking, and her own identity issues, turning her personal life into a bomb that could blow up the entire operation.

Sparkly and deadly; it’s a plan. 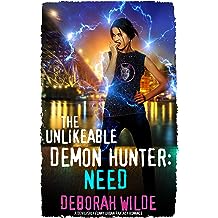 Nava is hot on the heels of a demonic serial killer and finally working with her brother. The assignment should be a dream come true, not a nightmarish power struggle made worse by her twin's refusal to believe there's corruption within the Brotherhood.

She's determined to find proof of their dirty dealings, even as she risks irrefutably breaking her sibling bond.

And speaking of clocking annoying males upside the head...

Nava is also totally over smoking hot rock star and fellow hunter Rohan Mitra. There is a veritable buffet of boy options out there, and this girl is now all-you-can-eat.

So when her demon hunt brings her first love, Cole, back into her life, her revenge fantasies for closure-on all fronts-are a go.

Except neither her old wounds nor her new ones are as healed as she believes. It’s less Hopelessly Devoted, more Worse Things I Could Do. 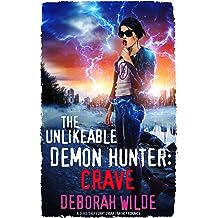 seriously messes with your love life.

Nava is happily settling into her new relationship and life is all giddy joy and stolen kisses.

Except when it’s assassins. Talk about a mood killer.

She and Rohan are tracking the unlikely partnership between the Brotherhood and a witch who can bind demons, but every new piece of the puzzle is leaving them with more questions than answers.

And someone doesn’t appreciate them getting close to the truth.

On top of that, a demon known only as Candyman has unleashed a drug that’s harming users in extremely disturbing ways.

Nava vows to take this demon down. But will life as she knows it survive this mission, or will this be the one time she should have looked before she leapt?

Happily-ever-after? Barring death, she’s got a real shot at it. 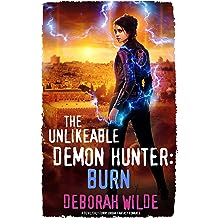 Nava has come a long way from being a hot mess flying solo. She's now one of the major players on the chessboard, leading the charge against a witch with dark magic, a power-mad rabbi, and the impending apocalypse.

Friends will die and secrets will be exposed. Add imprisonment, torture, and the biggest, baddest demon of them all who has plans for her, and it's a lot for a girl to take in.

Time to rally the troops and make her last stand, because she's damned if she'll let the end of the world stand in the way of her romantic, sexytimes galore, happily-ever-after.

It's trial by fire.

The heart-pounding final installment to the series. 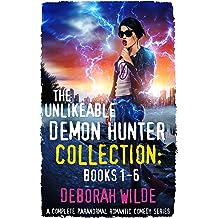 When Nava half-drunkenly interrupts her twin brother's induction ceremony into a secret supernatural society, she expects to be chastised. What she doesn't expect is to take his place among the previously all-male demon hunters, with a surly but smoking hot ex-rock star appointed to keep her in line.

She's thrown into a world of vengeful demons, witches, and the Brotherhood's antiquated thinking, but the scariest part?

Nava is faced with something she never wanted: a purpose.

However, if she can rise to the challenge, who knows? She might even teach these boys a thing or two about how to slay a monster...

This paranormal box set contains a fast-paced urban fantasy series that readers describe as "fun, funny, and unapologetically raunchy... a clever guilty pleasure at its best." If you like snarky kickass heroines, a maverick mythology, and red-hot romance, then grab The Unlikeable Demon Hunter Collection: Books 1-6 today!
Read more 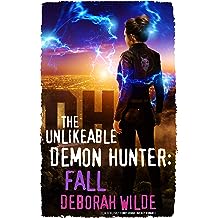 With the Brotherhood and certain witches gunning for Nava, people are taking bets on who will kill her first.

Not to mention that the shambles of her relationship have just been thrust into the spotlight for a mission to take down one of the deadliest demons she’s faced yet. A demon who’ll force her and Rohan to confront their own inner demons once and for all.

Nava heads to Los Angeles to make her bold play–on all fronts–but can she stop her foes before they destroy her for good?

And who else will have to die?