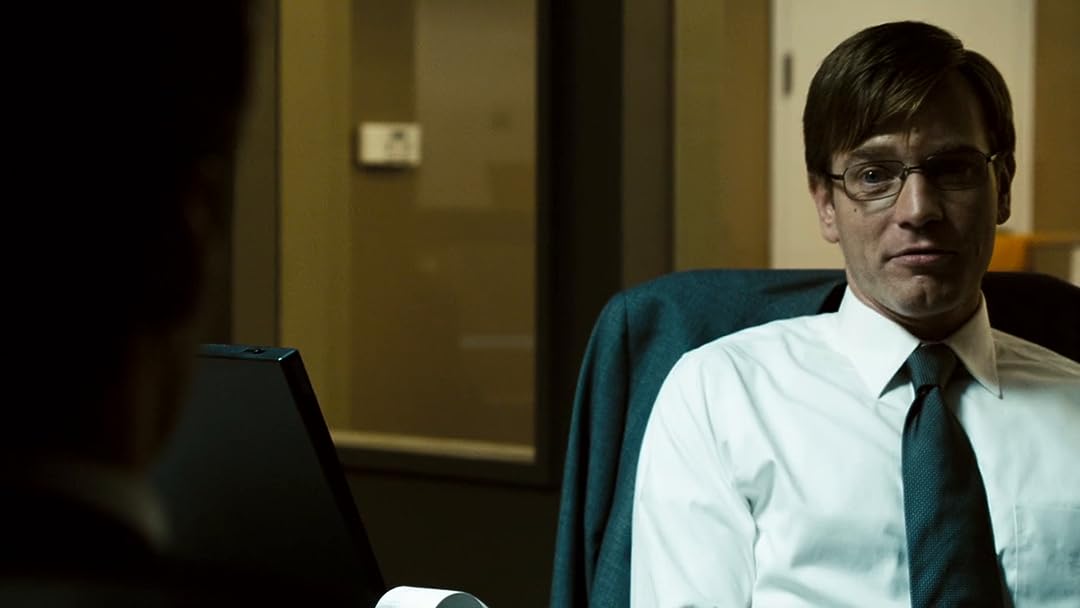 (375)6.11 h 47 min2008X-RayR
HD. A cell-phone switch lures an accountant into the sultry lifestyle of powerful lawyer Hugh Jackman in this thriller.

joel wingReviewed in the United States on September 2, 2021
1.0 out of 5 stars
Contrived, predictable and a waste of time
Verified purchase
Ewan McGregor is a shy accountant that meats a charming lawyer Hugh Jackman. They start hanging out and form a relationship. That’s perfectly fine. Then McGregor is led into a series of one night stands which is so contrived. You also know he’s being played but I kept watching to see where it went, and that was some really bad dialogue and more predictable plot twists. When it finally gets interesting you have to ask yourself whether it’s worthwhile to keep watching since the start was so bad? In the end I felt the answer was no. This is a shame because it has a great cast but that talent was wasted on some stupid writing.
One person found this helpful

LucretiaReviewed in the United States on January 4, 2021
5.0 out of 5 stars
Terrific Noir film with great performances led by a wicked Hugh Jackman
Verified purchase
This is a modern noir movie superbly acted. It has a great cast with Jackman like you have never seen him before. Good plot. I highly recommend it if you like sexy nourish films with a great cast.
One person found this helpful

Rebecca H. AugustineReviewed in the United States on December 9, 2008
3.0 out of 5 stars
Twisted Drama Done Right!
Verified purchase
Some years back, perhaps in an attempt to "stretch" himself, Hugh Jackman took on a role in a twisted drama as an ex-con down-on-his-luck who was "had" while John Travolta played a twisted sociopath. Although Swordfish was a bomb, mostly due to the far-fetched plot twists, it was not Jackman's fault, and fortunately for him and us, it was not a career breaker since he had already done bigger and better things and went on to do bigger and better things.
This time, Ewan MacGregor is the one who is "had," and Hugh Jackman is the twisted sociopath. These are definitely "growth roles" for both actors, and they acquitted themselves well. MacGregor usually plays more self-confident characters, so it must have been a stretch for him to play a "caterpillar." Nevertheless, he played to perfection the mousy accountant who is "had" by Jackman's charming but toxic con-artist. I do not recall ever seeing Michelle Williams before, but her performance as an unwilling pawn is stellar, and I hope to see more of her in the future.
4 people found this helpful

Joan's opinionReviewed in the United States on February 19, 2017
3.0 out of 5 stars
Meh.
Verified purchase
As the other reviews indicate, this film is ok but there's something just a bit unbelievable about it and the actor's chemistry doesn't sell it like you wish it would. I wouldn't recommend paying for it but if you're a Prime member and it's free and you have an afternoon or evening to burnl, it might be worth you giving it a try?
2 people found this helpful

JackReviewed in the United States on March 6, 2014
4.0 out of 5 stars
Who Get's Lucky Walking In The Park
Verified purchase
What starts off with a possibly planned mix up leads to fun and games, then the guy being a dork with his Eyes Wide Shut turns it into Limitless in reverse as he breaks the rules that again may have been part of a grand master plan, but then it becomes danger and deception in a mysterious game of survival. The clueless guy is slow to catch on, and he is said to be smart because he notices a letter and later sees some clues, but it seems the genius deceptor is smarter as his plan unfolds. There are twists and turns, and even more twists until it leads to a game of check mate for survival in the end to see who get's lucky walking in the park.
6 people found this helpful

ReaderReviewed in the United States on May 23, 2008
4.0 out of 5 stars
Interesting character studies and excellent performances
Verified purchase
What made the movie very good viewing are the interesting character studies and the excellent portrayals by the two lead actors. Jonathan leads a rather lonely life as a CPA who does not even develop any ties with the people on whose work he passes judgment on. When Wyatt comes into his life and opens a new and exciting world beyond the glass towers of corporate Manhattan, he is wide-eyed and smiling to himself with his discovery. Wyatt is all smooth-talking and self-assured, professionally and socially, while pressing a hidden agenda. What I liked most about the movie is the phase when these two men, seemingly from two different worlds, interact and a fraternal bond seemed to have developed. As if they have suddenly become the best of friends and share intimate secrets.

The movie traces how this initial bond becomes a vehicle for committing a crime ( stealing millions from questionable sources and taking advantage of how these transactions can pass through the international payment systems without being caught immediately) and how the seemingly good friend unravels his intentions to coerce the cooperation of the mousy accountant. The twist is how the accountant foils the villain's intention, a solution made in accountant heaven ( with their dogma of "check and balance"!).

The parade of attractive women adds some zest to the story but I think it is the interaction of the two characters which is the essence of the story.

Ewan McGregor is excellent as the mousy accountant and leads one to sympathize with his character easily. Hugh Jackman, in a departure from his usual heroic roles, is the antagonist in this story and he delivers the performance in a refreshing manner. The change from his suave and likable Wyatt to someone who forcefully intimidates his friend towards committing the crime is chilling. Hugh Jackman proves further how his acting range has become so much more varied, following his acting revelations in The Prestige and The Fountain.

I would like to see both actors in another future team-up!

D. BagwellReviewed in the United States on September 11, 2021
5.0 out of 5 stars
A classic old school thriller.
Verified purchase
modern cast, but you can feel the blood of old Hollywood (you know the good stuff) flowing through it.

Amazon CustomerReviewed in the United States on December 13, 2018
5.0 out of 5 stars
Hugh jackman plays a creep of a guy
Verified purchase
Always liked these two lead actors; try to see them in as many movies as possible.
One person found this helpful
See all reviews
Back to top
Get to Know Us
Make Money with Us
Amazon Payment Products
Let Us Help You
EnglishChoose a language for shopping. United StatesChoose a country/region for shopping.
© 1996-2021, Amazon.com, Inc. or its affiliates