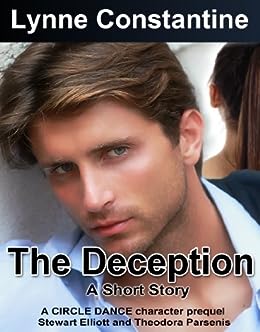 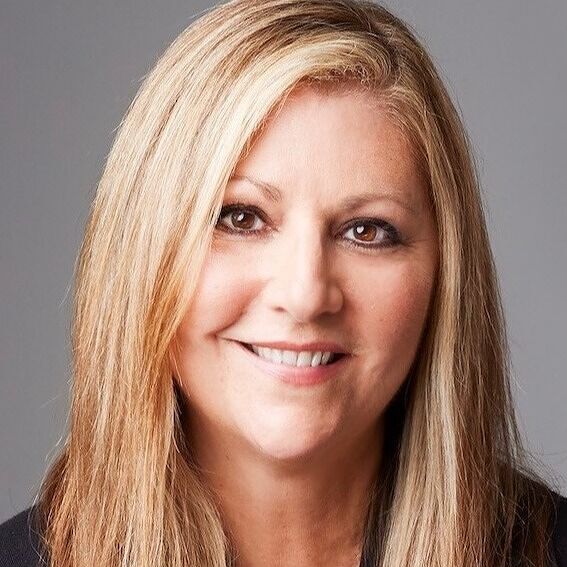 by Lynne Constantine (Author) Format: Kindle Edition
See all formats and editions
Sorry, there was a problem loading this page. Try again.
Theodora Parsenis believes that Stewart Elliott is the man of her dreams: charming, chivalrous, and charismatic. Despite her father’s reservations about their ten-year age difference, she throws herself into the new relationship with abandon. Stewart is a master at letting others see only what he wants and soon has Theodora’s father fooled into thinking he is the perfect choice for Theodora.
Read more
Previous page
Next page

Lynne Constantine is a coffee-drinking, Twitter-addicted fiction author always working on her next book. She likes to run her plots by Tucker, her golden retriever, who never criticizes them. Lynne is the  author of THE VERITAS DECEPTION, the co-author of CIRCLE DANCE, and has also written several short stories. She has a master's degree from Johns Hopkins University.Her next book, THE LAST MRS. PARRISH, will be published by HarperCollins in 2017 under the pen name Liv Constantine. Rights for THE LAST MRS. PARRISH have been sold in 17 other territories including Spain, Brazil, Portugal, Poland, Sweden, Finland, Norway, Denmark, Holland, Germany, Hungary, Italy, France, the Czech Republic, Turkey, Korea, and the UK.

She is also a social media consultant and speaker, working with authors to build their brand platforms. Lynne teaches at various workshops and has spoken at the Thrillerfest conference in New York. She is a monthly contributor to SUSPENSE MAGAZINE and a contributing editor to THE BIG THRILL magazine.

Lynne is passionate about education, reading, health, and wellness. She enjoys traveling, spending time on the beach and taking walks with her family and their adorable golden retriever.

Lynne Constantine is an internationally bestselling author who writes with her sister under the pen name Liv Constantine. Their debut thriller, THE LAST MRS PARRISH, was a Reese Witherspoon Book Club pick and their books have sold over one million copies worldwide, are available in 33 countries, and are in development for both television and film. Lynne also writes the Jack Logan series under the pen name L.C. Shaw. Lynne has a master’s degree from Johns Hopkins University. When she’s not writing, you can find her curled up with her lab and golden reading a good book or binge-watching a compelling psychological thriller series. Lynne is a board member of International Thriller Writers, a member of Mystery Writers of America, and Sisters In Crime.

Ron Hazelton
5.0 out of 5 stars A Diva of Deviousness
Reviewed in the United States on July 28, 2013
Verified Purchase
If the ability to deliver tales of human deception and manipulation were a cash crop, Ms. Constantine would be among the Farmers' 500. Are her characters as scheming as real life players? Probably so, but any as cleverly diabolical as the weasels she portrays would probably go undetected by my radar. Not a problem, though, I know I'll find them abundantly planted in her writings.
Read more
Helpful
Report abuse

Maria A. Karamitsos - Writer, Author, Blogger, Proud Hellene
5.0 out of 5 stars Can't get enough. How about a full-length prequel?!
Reviewed in the United States on September 4, 2013
Lynne Constantine and her sister Valerie created some incredibly engaging characters in "Circle Dance," and we're left clamoring for more. Lynne is back with her own prequel to "Circle Dance," called "The Deception," describing Stewart's introduction to the Parsenis Family.

Together, the Constantine sisters have developed this family who we've become so connected with, we can't get enough of them. Separately, they have crafted beautifully written stories giving us a glimpse into Stewart's past and how he ingratiated himself into this wonderful family. It's so well written, we want more. Apart, they write really good stories, but together, these sisters create magic. I'll say it again--I hope they'll come together to compose a full-length prequel. Or even a sequel to "Circle Dance." We just can't get enough.

Peg @ Write-Escape
3.0 out of 5 stars Deception
Reviewed in the United States on August 25, 2013
If a man appears too good to be true...take another look.

Warning bells should have gone off in Theodora's head when she felt herself falling for Stewart. He was charming, and handsome, and a perfect gentleman, in other words... flawless.

Stewart would smile whenever he captured a targeted woman's heart. Not that he ever thought he would fail to do so, it was just that he found winning such a delight. The type or woman he would pick, would be someone who would not be able to see past his pretty outer package to his blackened deceiving heart. Someone like Theodora.

Lynne Constantine's writing in this short story is crisp and captivating and held my interest until the end. The ending however was a cliff hanger, which made the story feel incomplete, even as a prequel. But all in all I enjoyed the short story and would recommend checking it out.

Riley
5.0 out of 5 stars Definitely Will Read Circle Dance!
Reviewed in the United States on July 27, 2013
As the parent of a daughter, I was on the edge of my seat for most of this story. The author has managed to build a character who is beautiful, smart and successful, every woman's dream, and show his rotten side, as well. I had to catch my breath as his deceit is uncovered. What a jerk! Great read, well written by one of my favorite new authors.
Read more
One person found this helpful
Helpful
Report abuse
See all reviews