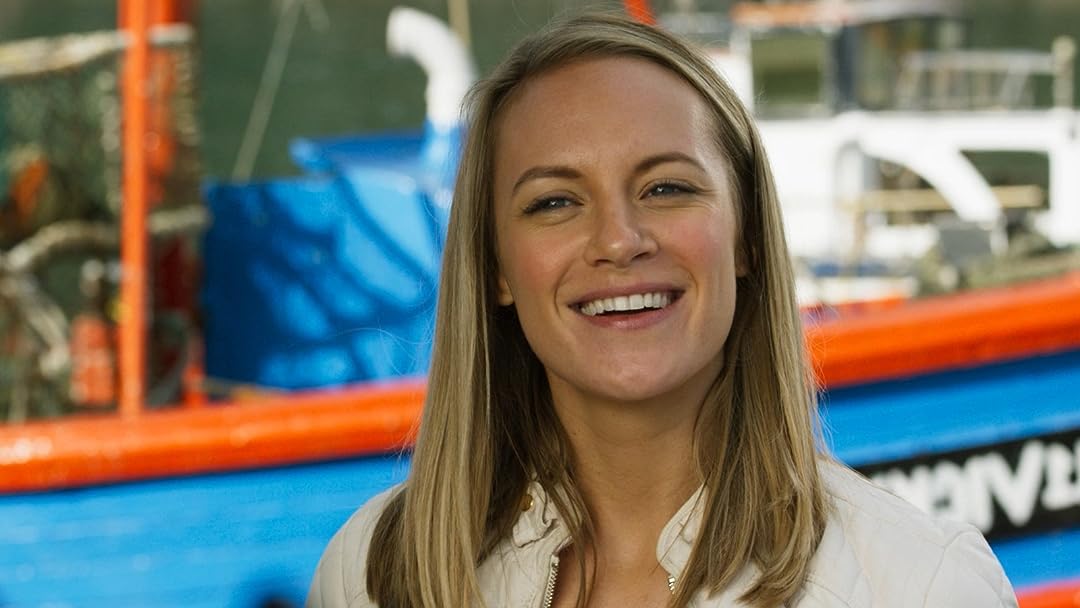 Peter S. BradleyReviewed in the United States on August 20, 2020
2.0 out of 5 stars
All in all, this was an uninspiring follow-up on a fun original.
Verified purchase
I am a big fan of the original Deep Blue Sea, which was surprisingly good for a "shark movie." The original had a spark to it that was exciting, humorous and moving.

This is not that movie. The setting is basically the same - a shark research station that becomes isolated when intelligent sharks slip their leash. In the original, the movie sets up quickly, shocks the audience with a quick reversal of fortune and then doesn't let up.

This movie lacks the intensity of the original. The set-up of the movie takes a large chunk of the movie. The acting seemed fairly pedestrian with the actors basic emotional range consisting of anger with each other and/or sarcasm. The motor for this anger and sarcasm centers around the incredible narcissism and poor decisions of the owner of the pharmaceutical company running the shark station. This guy has a paranoia about computers taking over the world, so he wants to know how to make sharks smarter so he can then make people smarter.

He chooses sharks rather than, say, sheep or some other vegetarian species because.....science?

The movie introduces a score of baby sharks who are born of the alpha intelligent shark just when things go bad so that the characters are threatened by a park of vicious mini-sharks who can get into the nooks and crannies where they might otherwise hide.

All in all, this was an uninspiring follow-up on a fun original.

THowertonReviewed in the United States on October 1, 2018
2.0 out of 5 stars
The only thing close about this movie to the original was its pretty decent trailer.
Verified purchase
So I can enjoy a bad shark movie. I really can, but this bad shark movie isn’t one I can enjoy or endorse because it is a sequel to one of the very best killer shark movies ever in “Deep Blue Sea”. When I saw the trailer for 2 it gave me some pretty high hopes! Would it be as good as the original? Of course not, but dare I hope that it would come somewhat close? I did dare hope, and my hope was thrashed nastily by this waste of film. The trailer promised this film to be a clone of the first, sticking closely to the original’s plot and sense of fun and adventure with some possibly pretty decent spfx. Well, it does stick really close to the plot. But that’s about it as the actors are wooden and bland, the spfx are on par (maybe less so) than a SyFy channel movie (at least they’re used sparingly), and the action is what is best described as lackluster. The best thing about this movie is the shot of the female lead free swimming with a great white. After that this is all water-logged. Mercifully, it’s short.

So let me be clear—if you enjoy bad shark movies you can enjoy this film moderately. I might have were it not for there being “Deep Blue Sea”, which is not as good a movie as “Jaws”, but on the other hand it’s probably the best sharks amok movie that exists. So in light of this “Deep Blue Sea 2” is a banal failure, capitalizing on the brilliance of its predecessor. Just like what the “Jaws” franchise eventually devolved into so DBS2 goes, it just gets us there a lot quicker. Boo!!!!
2 people found this helpful
Report abuse

Public VoiceReviewed in the United States on September 12, 2018
1.0 out of 5 stars
Awful Film --- Bad Acting --- Even worse storyline
Verified purchase
This film comes no where near the beauty of the original. Please I'm begging here. Don't waste your time. This movie is not worth buying or renting. You will totally be disappointed. Even the death scenes when the sharks kill people, the scene is not handled well. Move on past this one and don't waste your time, energy, or money.
10 people found this helpful
Report abuse

But I was pleasantly surprised that the movie wasn't that bad! Most of the acting was good enough. I thought the female lead was a lot better in this one than the one in the first movie. I actually liked her. The crazy owner of the company taking all the drugs was the worst actor in this movie. It is true the sharks were misrepresented as bull sharks but it wasn't a big deal to me. I think the baby sharks were a little over the top, but hey, it is supposed to be a work of fiction. Some people may just want to rent it, but I don't regret my purchase!
21 people found this helpful
Report abuse

AmanderpandererReviewed in the United States on November 17, 2020
2.0 out of 5 stars
I love shark movies, even the terrible ones, but this isn't even fun.
Verified purchase
I am a fan of shark movies. Jaws is legitimately one of the greatest films ever. The Meg, while silly, is a lot of fun. The first Deep Blue Sea is a great mix of action, surprise, and ridiculously dumb science. I'm even a fan of particularly terrible shark movies. Sharknado? Absolutely. Ghost shark? Yes. 47 Meters Down Uncaged (with blind cave sharks)? Yup! Three-headed shark attack? Why not? Sharktopus? Mechashark? Sharkalanche? All so bad, that they're good. If it has a shark in it, I've probably seen it.

This sequel is very bad, and not in a fun way. Fortunately, someone told me that Deep Blue Sea 3 was a bit more fun, so I will probably watch it even though this was legitimately terrible. Maybe just skip this one?
Report abuse

Avg JoeReviewed in the United States on March 28, 2020
2.0 out of 5 stars
This is really bad. Way below the quality of Deep Blue Sea (the original movie this one apes)
Verified purchase
This is a dumbed down version of Deep Blue Sea with duplicate roles copied from the original movie with very little variation in plot, save the the writing is awful and the character development worse. Two dimensional copies of the original characters (cut and paste). The budget is also clearly lower... a lot lower.
Just watch the original and chuck this one into the dust bin where it belongs.
Waste of actors and director.
It doesn't help that the main character is unrelentingly morally superior before she even knows what's going on.
Not exactly sure what an obnoxious attitude is supposed to bring to the movie.
Report abuse

Puzzle.buffReviewed in the United States on October 8, 2020
2.0 out of 5 stars
Sharks were fake and characters unlikeable at best
Verified purchase
True, there are only a few good shark movies but, based on the strength of the first move in the series, I had higher hopes for this one. The sharks looked completely fake most of the time, the characters worse. It was immediately apparent who would survive and who were just put in the movie as shark bait. All of the characters were unlikeable. It was impossible to take the lead female character seriously when she couldn't figure out what size clothes she was supposed to be wearing and couldn't figure out how to zip a zipper up all the way. It was preposterous! It's seldom that I can't come up with a single good thing to say about a movie, but I'm afraid this is one of those times.
One person found this helpful
Report abuse

John W. WagonisReviewed in the United States on December 11, 2018
1.0 out of 5 stars
Just another shark movie
Verified purchase
As I was watching this, I started wondering if it was the first movie. Then I remember that during one of those week long Sharknado events on TV, I had seen this movie before. Since I did not remember the title, that's a big clue that the movie was not worth remembering. Kind of sad that I blew ten bucks on it, and it is already in the pile headed to Goodwill.
2 people found this helpful
Report abuse
See all reviews
Back to top
Get to Know Us
Make Money with Us
Amazon Payment Products
Let Us Help You
EnglishChoose a language for shopping. United StatesChoose a country/region for shopping.
© 1996-2021, Amazon.com, Inc. or its affiliates