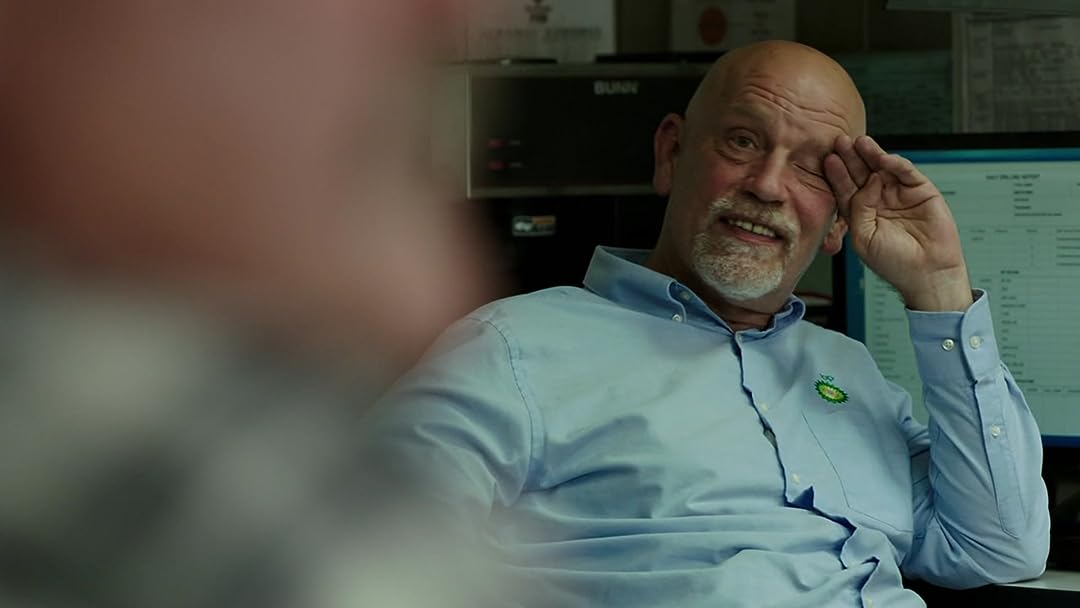 (17,288)7.11 h 47 min2016X-RayPG-13
Directed by Peter Berg (Lone Survivor), this story honors the brave men and women whose heroism would save many on board, and change everyone’s lives forever.

The River HermitReviewed in the United States on March 24, 2017
4.0 out of 5 stars
Worth Seeing, especially if you or someone you know is in the industry. Lots of Lessons Learned!
Verified purchase
Let me start off by saying I am in the oil and gas industry, and have been for 30+ years. I worked my way up from a lowly bilge rat to a supervisor. This movie was well done. They got the working conditions, dress, most of the lingo, etc. correct. Even the sequence of events concerning the blowout and the subsequent explosions on the rig were pretty accurate. There were a few "Hollywood Moments" where they took things way too far, but I guess they just couldn't help themselves...

I personally have had quite a bit of pressure applied to me from the top to "hurry things up" and call things "good enough". I can imagine the frustration and stress they felt in the events leading up to blowout. We just discussed this movie at this week's safety meeting. I recommended each of the guys see it. Lots of good lessons there.

Richard A. LawhernReviewed in the United States on July 22, 2017
5.0 out of 5 stars
Well acted, Visually Stunning Disaster Movie
Verified purchase
Deepwater Horizon is a story of both gross managerial incompetence and personal heroism in the 2010 BP oil spill in the Gulf of Mexico. Ably led by Mark Wahlberg, the cast is thoroughly believable in a harrowing disaster. Director Peter Berg and cinematographer Enrique Chediak create a visual holocaust in the flames and explosions of the huge oil platform, backed by an intricate and engaging audio track. Highly complex technology becomes a backdrop rather than a barrier to understanding the personal dynamics between corporate managers and working oil rig crews and their families.

You will find yourself on the edge of your seat as you view this film. The tension and drama become real as the disaster unfolds.

BLACK ICE2597Reviewed in the United States on January 27, 2017
5.0 out of 5 stars
Great movie and no anti oil sentiment. Was very surprised and happy with this movie
Verified purchase
I don't usually comment on movies because I like movies and watch a ton of them, but don't really care what others think of them. I will make my own decisions on what is good and not so good. This was a great movie that majorly exceeded my expectations. The biggest thing was that there was no huge environmental statement being made. They didn't turn this into a oil is bad movie. It was about what really happened and the heroes that helped save others.
28 people found this helpful

Lawrence F. AllardReviewed in the United States on December 28, 2016
5.0 out of 5 stars
Very nice production by Mark Wahlberg...
Verified purchase
Spouse is a former Mobil geologist who spent a lot of time on Gulf rigs...she thought the movie was very realistic, and could explain several questions my son and I had during the film (watched on our Home Theater). The idea to not "dumb down" the dialogue was a winner for the director/producer; using the lingo of the riggers added realism to the movie; we did not need to have e.g. the "negative pressure" test explained in detail, or what the "kill line" was, etc. The CG in the movie was seamless, and the fire/explosion scenes were great...had to Google the Making Of... to learn a bit more about how they managed to film those scenes. We downloaded the movie to watch at home, but now I wish I had the Blu-ray to see extras...
153 people found this helpful

AmyReviewed in the United States on January 18, 2017
5.0 out of 5 stars
This was a great movie. No political preachiness
Verified purchase
This was a great movie. No political preachiness, just telling the story of those that worked on the rig that day. It'll definitely bring tears to your eyes, especially when they pay tribute to the men that died at the end of the movie. They should always show pictures of the actual victims and their names, so the audience really sees and understands this wasn't some made up story, this tragedy was real and the victims deserve to be remembered.
38 people found this helpful

sandyReviewed in the United States on August 28, 2020
1.0 out of 5 stars
Good perspective and accurate depiction of oilfield practices
Verified purchase
I liked that they included explanations of some of the procedures and ops. I believe they used actual Coast Guard personnel in this film, as well. Well-acted by all, even the annoying Kate Hudson, whose incessant lip-pursing could have been toned down considerably. Accurate Louisiana accents and colloquialisms, great cinematography, and a true depiction of what went wrong, who was to blame, and why. Only one star because it looks as if they used a real pelican, soaked in oil for the making of this movie. Animal abuse disgusts most with a conscience; they should have used a mechanical bird.
3 people found this helpful

Kindle CustomerReviewed in the United States on February 25, 2017
5.0 out of 5 stars
Important and Brilliant
Verified purchase
A brilliant and important film. Lack of regulations mean both harm to persons and to our environment. The film is also an excellent reminder of how the people who care about their work differ from those who only care about the bottom line. Wahlberg turns in a typically solid performance; Russel is great; Malkovitch is superb.

12 people found this helpful
See all reviews
Back to top
Get to Know Us
Make Money with Us
Amazon Payment Products
Let Us Help You
EnglishChoose a language for shopping. United StatesChoose a country/region for shopping.
© 1996-2021, Amazon.com, Inc. or its affiliates