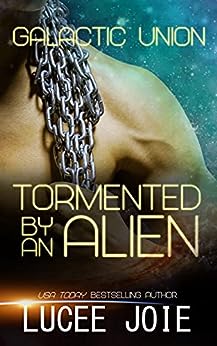 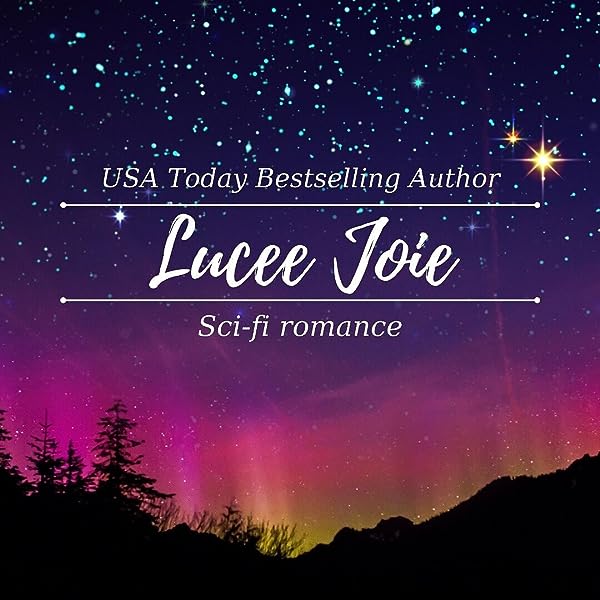 by Lucee Joie (Author) Format: Kindle Edition
Book 2 of 3: Galactic Union
See all formats and editions
Sorry, there was a problem loading this page. Try again.

Sometimes the mistakes of your past are the only thing that can bring you true love.

Prince Ece had it all. Being the heir to the Ocheks should have given him everything he needed. However, now he is on the run from his father and with some precious human cargo in tow.

Shirley was taken from her home and forced into a breeding program she never signed up for. Now, she is on the run with Ece, who is the last alien she ever wanted to see again after their disastrous forced union saw her shipped off to be sold to the highest bidder -- at Ece's behest, no less.

Tormented by an Alien is the second book in the Galactic Union series. If you like strong female leads who are craving love and hunky aliens that are after the same thing, then this series ticks all of the boxes.

Each book in this series is considered a standalone that can be enjoyed in any order but are set in the same universe.

If you desire a happily ever after with no cheating and steamy sex scenes then grab your copy today!

***PREVIOUSLY PUBLISHED AS DEFENDER OF THE STARS***

Book 2 in the 'Galactic Union' Series.

Book 1: Taken by an Alien

Book 2: Tormented by an Alien

Book 3: Seduced by an Alien

Also in this universe:

Audible Holiday Deal
Join Audible Premium Plus for 60% off. Only $5.95 a month for the first 3 months. Get this deal
Books In This Series (3 Books)
Complete Series
Galactic Union
Kindle Edition
Page 1 of 1Start OverPage 1 of 1
Previous page
Next page

USA Today bestselling author Lucee Joie likes long walks on the beach after dark so that she can gaze at the stars and plan for her own alien abduction. She also likes reading and listening out for things that go bump in the night.

4.4 out of 5 stars
4.4 out of 5
11 global ratings
How are ratings calculated?
To calculate the overall star rating and percentage breakdown by star, we don’t use a simple average. Instead, our system considers things like how recent a review is and if the reviewer bought the item on Amazon. It also analyzes reviews to verify trustworthiness.
Top reviews

Kindle Customer CarmenB
4.0 out of 5 stars Interesting
Reviewed in the United States on November 15, 2020
Verified Purchase
I didn’t get the impression that the lead female, Shirley was tormented by her alien. Maybe the torment was all about her conflicted feelings? Or maybe it was the conflicted feelings they both had, I’m not sure. Anyway, the story was interesting and the characters were as well. There was some action and some sexy times but nothing too graphic. I think that I need to read the entire series because I felt like I missed some important information somewhere. I was glad the two solved their issues though.
Read more
Helpful
Report abuse

Judith D. Woronka
3.0 out of 5 stars Good
Reviewed in the United States on October 25, 2019
Verified Purchase
This book I liked better than the first book but still the way it is written evokes very little emotion in me although this Love story did more than the first Again the storyline is likeable I will buy the next just to see how this turns out
Read more
Helpful
Report abuse

sue sillimam
4.0 out of 5 stars Good
Reviewed in the United States on September 18, 2019
Verified Purchase
I gave this book a four rating because it was a good story and I enjoyed the characters and how they grew
Read more
Helpful
Report abuse

Tammi Stewart
5.0 out of 5 stars Good book
Reviewed in the United States on July 17, 2020
This was a good book but I am eager to see what happens with the Galactic Union and the rebellion. I have to start now as my curiosity is piqued.
Read more
Helpful
Report abuse

MARTHA JANE GETTLE
5.0 out of 5 stars An Enjoyable Read
Reviewed in the United States on January 3, 2021
i am reading the whole series its really good i liked the action in this book and romance good character development.
Read more
Helpful
Report abuse
See all reviews