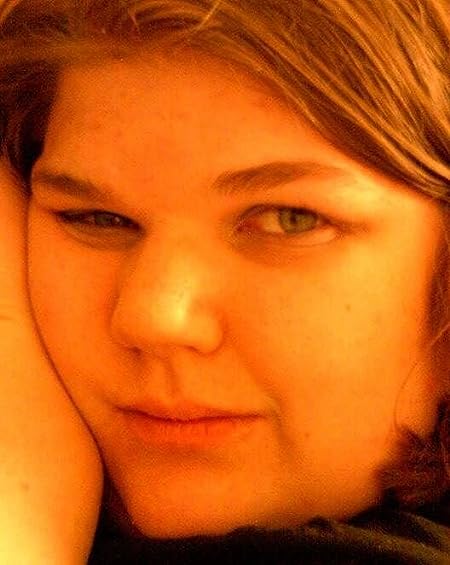 USA Today Bestselling Author, Deliaria Davis, grew up in the cold winters and mild summers of Anchorage, Alaska, where her heart remains to this day. She met her husband there and would return in a heartbeat.

She has five amazing kids, and when she isn’t writing she is helping her youngest son with therapy for his disabilities.

Currently, Del resides in Spokane, WA, where she is hoping to someday be able to afford a house big enough for each of her kids to have their own door to slam.

Until then, she will continue to write whatever pops into her head, edit in her spare time, and loves to interact with her fans. 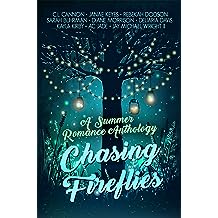 From Janae Keyes: It was supposed to be an escape, falling in love was never part of the plan.

From Rebekah Dodson: A respectable woman left behind in war finds fulfillment in a forbidden man.

From Sarah Buhrman: Magic, mystery, and deceit surround a medieval woman's search for her lost love.

From Diane Morrison: A deep cover Elven soldier discovers that when you learn to think like your enemy, you might also learn to love them.

From Deliaria Davis: In real life, love is complicated and messy, but sometimes you just know it's meant to be, and this Alaskan teenager intends to prove it, despite the odds.

From A.C Jade: Two strangers discover that a one-night summer affair isn't all they have in common.

From Jay Michael Wright II: Can a cursed doctor find love with a gorgeous Demon before those hunting her find them out?

From Kayla Kirby: Home before he deploys, David runs into an old friend from high school. David quickly learns that Riley is harboring a dark secret and, in order to attempt to help her, he presents to her a challenge.

From C.L. Cannon: It's the eleventh hour, and he has to decide. Remain her friend, or take the chance at something more?
Read more
Other Formats: Paperback 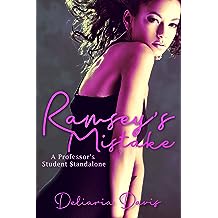 Now it is my turn to tell my story.

Young and dumb, I should have treated her better. I didn't do what I needed to do.

I didn't save her.

You may think you know my story, our story, but you don't know anything.

If you are ready to know the truth, here it is.
Read more 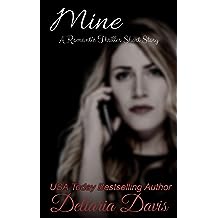 I know everything about him.

When I saw Alan for the first time I knew he was the one. Then Amanda got in the way. She’s terrible for him. I must get her out of the way so we can be together.

I have the perfect plan.

But can I pull it off, without Alan thinking I’m a psychopath in the process?
Read more 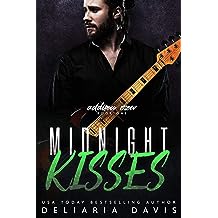 Sol Hickey’s a groupie. She knows the road, and she knows it well. However, she’s stuck in a rut in Spokane, and just wants to find a way out.

When her best friend wins a ticket to see Addison Crow and gives it to her, she’s over the moon. This is her favorite band and could be her one-way ticket out of town.

Jace Crawford is tired of groupies. From stalking to the constant harassment after the shows, he just wants a quiet tour.

When he pulls Sol onstage to ‘sing with the band,’ he’s instantly taken by her voice and her energy. She’s a showstopper. And just what the band needs to start climbing the charts again.

Their only problem is she’s running from everything, while he runs toward the future in Rock ‘n’ Roll. Will their pasts catch up with them, or will it all just be dust in the wind?
Read more
Other Formats: Paperback 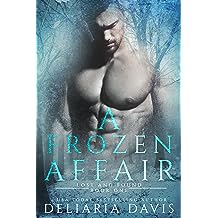 A Frozen Affair (Lost and Found Book 1) Aug 4, 2017
by Deliaria Davis, D.K. Combs, YM Zachary
( 19 )
$4.95
Alexa is looking for a fresh start in life, though scared of what might come. After dealing with a divorce from a controlling and abusive husband, her brother is helping her get back on her feet. He hires her on as Daniel Black's housekeeper for a few months until he finds a replacement for her.

Daniel Black caught the first plane out of Portland to Anchorage (after having just flown home) after finding his girlfriend cheating on him in their bed! He needs to escape any memory of her and knows that his new house overlooking the gorgeous Denali National Park is probably the best place to lose his head. What he wasn't counting on was this gorgeous red head that was thrown into his life when he needed a housekeeper.

Alexa and Daniel decide that a light fling is what they both need to help get over their former lovers and lives. Neither of them even contemplates what could happen when they get trapped in the house after a massive blizzard. Things start to heat up and before they know it they are battling their emotions as well as the cold wilderness and lack of communication with the outside world. 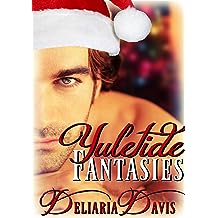 Yuletide Fantasies Dec 24, 2016
by Deliaria Davis, Shannon Youngblood
( 7 )
$2.99
When Charlies car breaks down on the way to her parents’ house, she fears the worse. Stranded with no car, she takes a ride from the mechanic to her parents’ house. With a winter storm coming in though, Charlie makes him stay the night.

Bill has run the shop for years, since his dad died. When Charlie stumbles into the shop right before closing time, he feels a rush. Her car is in no shape to be driven, the damn chassis fell out of it! After offering her a ride to her parents’ house, he has to stay the night. This storm is promising to be nasty.

What will happen to Bill and Charlie when they are trapped in a house full of her family on Christmas Eve? And will he be able to help solve the problems between her and her parents before it’s too late to repair the relationship? 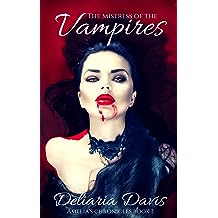 The Mistress of the Vampires (Amelia's Chronicles Book 1) Sep 16, 2016
by Deliaria Davis, JJ King
( 47 )
$2.99
Amelia is rebellious. She wants to live her life as she sees fit, not in the shadows of her parents. She is going to be a monster hunter. At least, until Draco kidnapped her from her backyard and decided to use her as bait. Now, she’s looking at spending the rest of her life as Draco’s slave.

Draco has wanted Amelia for his mate since he almost captured her three years ago. He's finally devised the perfect plan. Kidnap Amelia, kill her parents and turn her into his queen. What could possibly go wrong? Nothing and everything at the same time.

Amelia hates the way Draco makes her feel every time she looks at him. He’s a cold-blooded monster, but she can’t help the fire in her veins. She want’s her freedom, but he’s using her parents against her. That is until Amelia discovers that she wants everything that he has to offer… And more.