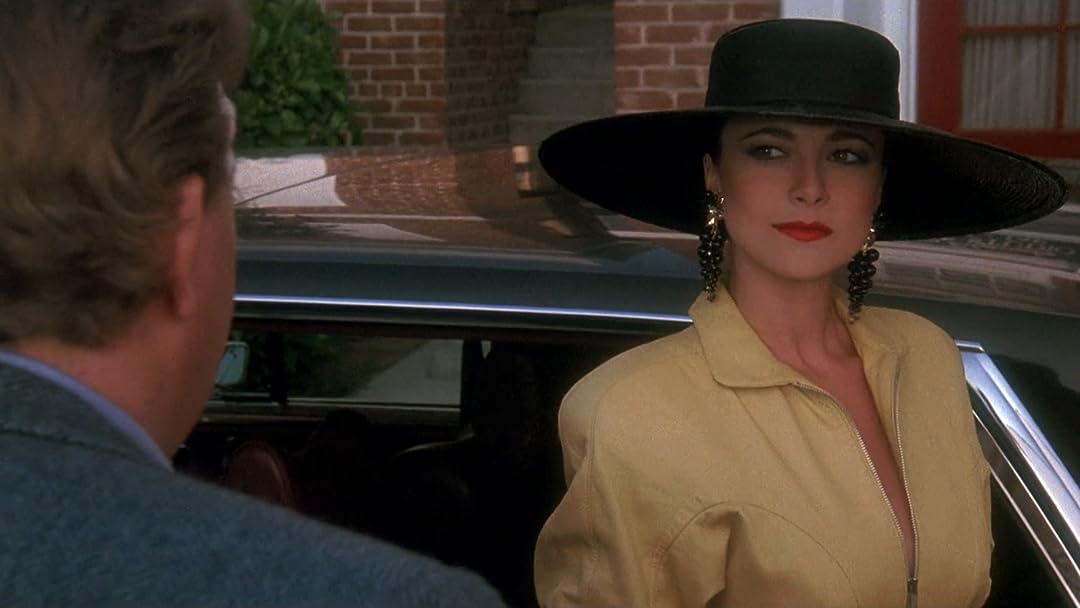 (576)
5.81 h 36 min1991PG
A soap opera writer (John Candy) bumps his head and wakes up in a daytime soap opera set. Attempts to write in his love of the show's beautiful "bad girl” come with a hitch, however: an accident prone "good girl" (Mariel Hemingway).

William UchtmanReviewed in the United States on October 21, 2016
4.0 out of 5 stars
Rather Unappreciated
Verified purchase
I was a big John Candy fan through the 1980s. I remember seeing him in “Stripes,” “Spaceballs,” “Summer Rental,” “Planes, Trains & Automobiles” and “Home Alone,” but for some reason, “Delirious” doesn’t get the respect of his other movies. This is my favorite John Candy (and Emma Samms) movie of all time. Part of it is because as a writer and a fan of television, the idea of getting into one of my favorite TV shows and be able to control the outcome has enormous possibilities for a fantasy. Plus, using the framework of a soap opera parody as the plot to carry it along makes it that much more funny. In the movie, John Candy plays TV producer Jack Gable who is in love with his leading actress played by the stunningly beautiful Emma Samms and struggling to keep creative control over his series from his co-producers played by Jerry Orbach and Renee Taylor. Meanwhile, he keeps stumbling quite literally into Mariel Hemingway as the struggling potential actress trying to get a role on his show and as a rival TV writer named Fetterman tries changing his universe even with his own typos creating havoc. After mysteriously ending up on his show, he keeps trying to write the plot to win Samms’s heart through gleefully farfetched fantasies, but he instead keeps running into Hemingway. The best parts of this movie are its ability to parody the soap opera theme (brain tumors, favorite sons, absurd declarations, diabolical scheming, series contradictions, et al). Samms seems to enjoy herself in this movie playing a conniving vixen while the versatile Hemingway plays the All-American girl-next-door type with a bit of whimsical awkwardness, but much of the comedy comes from the male co-stars, particularly Raymond Burr as the head of the Hedison clan. Playing the comedy straight, Burr delivers almost every line as a catchphrase. (“You can’t even do that right, can you son?”) Charles Rocket definitely hams up his role as the amnesiac son struggling to get his father’s approval, and Dylan Baker (“Spiderman”) as the preppy favorite son gradually wasting away due to the evil plotting of his sister. David Rasche from "Sledgehammer" (and now “Impastor”) plays Emma's handsome yet not-too-bright doctor boyfriend impervious to her venom and wiles as he tries to hold on to his soul and her at the same time. Robert Wagner, Margot Kidder and Margaux Hemingway have cameos along the way. Are there awkward scenes in the plot? Yes. Candy’s Jack Gable discovers way too easily how to manipulate the escapist reality of his TV show; one of a few scenes that is abbreviated to hasten the plot along. Does the movie have its goofy moments? Yes, but the film does cover the spectrum from droll to humorous without ever losing its steam. Is it funny when the characters start to notice things no longer make sense around them? (“When did you start carrying a knife?”) Yes. "Delirious" is a sort of "Twilight Zone" affair in which a soap mogul is haunted by his old characters, even those he has killed off. (“Len? Len? We killed him off two seasons ago!”) Even though this side of the plot is barely explored, what we have left is a “Brady Bunch”-level fantasy-comedy with all the raucous humor of a spoof of a daytime drama. At its core, “Delirious” is a love story linking Candy with Hemingway to discover what he really wants instead of what he thinks he wants. It has a strong cast, a script that bounces from the weak to the absurd to the amusing and an enterprising premise. “Delirious” is definitely a movie that I will encourage others to watch.
30 people found this helpful

Book WormReviewed in the United States on February 6, 2022
4.0 out of 5 stars
Sweet and engaging
Verified purchase
Such a great little comedy piece with inimitable John Candy in the lead, and fabulously funny support cast and cameos. Soap opera writer gets to live in the world of his own creation and things go hilariously awry. Everyone is so committed to the camp and really emersed in their characters - hilarious to watch them! Nothing is over the top, even as the story the main character writes himself into gets more grandiose. Very understated slice-of-crazy dream movie; thoroughly enjoyable little gags and skits throughout. Great find, recommended!

Raisuli the MagnificentReviewed in the United States on June 9, 2019
4.0 out of 5 stars
Pretty good comedy
Verified purchase
No excessive swearing, no body function gags, sexual tension without bawdiness nor explicit scenes, and essentially a light hearted take on the once very formidable Soap Opera genre that at one time dominated day time TV from the 50s up to the 90s.

It's one of John Candy's better movies, though it's not well known. I remember some promos for it on talk shows when it was first released, but not much else.

What you have here is every writer's nightmare and dream come true with consequences. Some actors from classic TV of years past team up with more contemporary names in this comedy. The film really wanted big laughs from the audience, and where I like the movie and smiled here and there, I think the film was made perhaps ten years too late as the old soap operas were dying out in the 90s with newer media coming onto the scene.

For all that this film takes classic Soap Opera tropes, crams them into the plot, and situates that amongst a writer's delusion as he pens for a local New York base soap called "Beyond Our Dreams", and that should clue you in on the story.

It's more fun than funny, but it's still a fun watch. Check it out.

AdamReviewed in the United States on January 23, 2022
4.0 out of 5 stars
Classic John Candy!
Verified purchase
Very silly if you like that kind of humor, but a lost gem and a rare treat for John Candy fans.

VinyasiReviewed in the United States on May 15, 2022
5.0 out of 5 stars
Great movie! You can’t go wrong with John candy…
Verified purchase
A true lovable genius the world will miss.

Randy CraigReviewed in the United States on June 29, 2020
5.0 out of 5 stars
Kind of Brilliant
Verified purchase
John Candy is surrounded with a A+ cast with a few hilarious cameos. It takes a bit to get going by today's standards but it is truly funny with fresh new twists on an otherwise predictable device. Laugh out loud gags by superb comedians all, but maybe it was the writing or direction. It's on par with other John Candy classics. It all works though some jokes will be lost on millenials and younger.
One person found this helpful

OddballReviewed in the United States on September 26, 2020
4.0 out of 5 stars
John Candy is just great
Verified purchase
I always liked John Candy, but I forgot how actually charming he could be until rewatching this movie. It's a wonderfuly hilarious movie and you even get to see John be an action hero in certain parts.

InfiltratorReviewed in the United States on April 2, 2017
3.0 out of 5 stars
A few oddities for the streaming version on Amazon.
Verified purchase
This movie became one of my favorites on VHS, then on DVD in the early 2000's, so when the movie was available for digital streaming purchase, I jumped at the chance. Immediately I noticed that the title song (Delirious) by Prince was edited out and replaced by some soul song by James Brown. This was only a few seconds into the movie. A few scenes in the start of the movie were just completely cut! This includes the first time John Candy's character goes to the "New York Delicatessen." Also, later on in the movie, the piano playing scene at the party is very poorly overdubbed and different than the VHS or DVD version. There's plenty others to mention, but I don't want to bash the film too much because it is still very funny! Great soap opera satire and slapstick combine to make an enjoyable John Candy film. Also, on a side note, Dylan Baker once again plays a very funny part in this movie in a small supporting role as he did in Planes Trains and Automobiles.
One person found this helpful
See all reviews
Back to top
Get to Know Us
Make Money with Us
Amazon Payment Products
Let Us Help You
EnglishChoose a language for shopping. United StatesChoose a country/region for shopping.
© 1996-2022, Amazon.com, Inc. or its affiliates